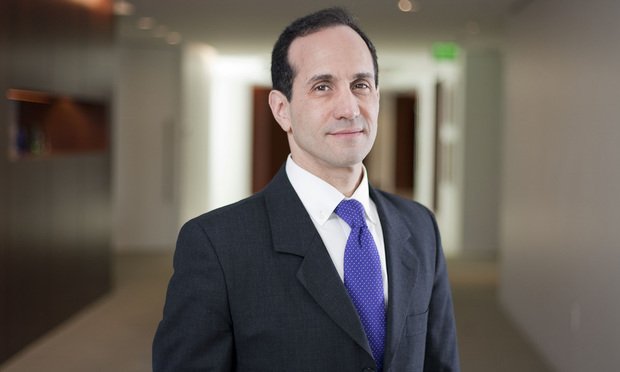 Next steps include a nationwide search for Ronald Rubin's replacement.

Ronald Rubin, the beleaguered head of the state’s Office of Financial Regulation, was fired Thursday by the Governor and Florida Cabinet after only five months on the job.

The firing, after a motion by CFO Jimmy Patronis, was supported by Gov. Ron DeSantis and Attorney General Ashley Moody.

The head of the state’s Sunshine Law watchdog, however, said there was no violation of the public notice requirement.

For now, Rubin’s firing ends a brief saga that began with accusations of sexual harassment. That was followed by complaints by underlings of strange and inappropriate comments in the workplace, including asking an employee whether that worker’s dog watched that person and his or her spouse have sex.

“He has apologized; he has asked for forgiveness,” Tein told the panel. “He was trying to manage by making friends.” He asked that they “censure” his client, at the most, then “return him to service.”

Patronis, who oversees OFR, refused to accept the offer, delivering a sometimes emotional speech in which he took the blame for recommending Rubin in the first place.

Rubin’s actions are “indefensible,” he said. “The claims that he acted in a way to repeatedly push and then cross the limits of professional behavior—and in some cases even human decency—makes him unfit for public office in the state of Florida.”

Rubin was once an enforcement attorney for the federal Consumer Financial Protection Bureau and worked at the U.S. Securities and Exchange Commission (SEC), but had been a “self-employed freelance writer” for over three years before taking the job as OFR head.

DeSantis said next steps include a nationwide search for Rubin’s replacement.

In a statement released after the meeting, Fried said she “did not participate due to transparency and Sunshine concerns.” As the Governor and Cabinet, DeSantis, Patronis, Moody and Fried also sit as the state’s Financial Services Commission, and collectively they can hire and fire the head of OFR.

Barbara Petersen, president of the First Amendment Foundation, a nonpartisan defender of the state’s open meetings and public records laws, noted that the meeting was noticed and the agenda included the inspector general’s report.

“Instead, it simply has to list topics the Cabinet intends to discuss. By including the Inspector General’s report on the agenda, I think the Cabinet covered its bases.”

Fried, the Cabinet’s lone Democrat, said she had “refrained from saying much about this entire situation publicly, because I felt we as the Florida Cabinet needed to have all the available information. After watching the back and forth, the competing reports, and the flying allegations, here is what I know:

“Public officials need to be held to the highest moral, ethical, and legal standards, and all allegations regarding those in which the public trust has been placed need to be investigated by independent and neutral parties, so that the truth may come to light. Of what I am most sure is that this situation not only doesn’t serve the people of our state, it is a stain on the people’s Cabinet.

“When Mr. Rubin was hired in February, I said then that this was such an important position to get right – and that remains true today. But I will remind my colleagues on the Cabinet that we are governed not only by (the) Sunshine Law, but also the Weidner agreement, until we adopt alternative Cabinet guidelines.”

Former Gov. Rick Scott and the Cabinet settled a lawsuit filed by St. Petersburg attorney Matthew Weidner, news media organizations and others over Scott’s ouster of then-FDLE Commissioner Gerry Bailey in 2014. Bailey and Rubin held two of a  handful of state jobs that the Governor and Cabinet must agree to replace.

Terms of the Weidner agreement include “requiring new Cabinet-level hires to be publicly vetted, requiring that Cabinet staff undergo annual open-records law training and requiring that all Cabinet-aide meetings be broadcast online,” the News Service of Florida has reported.

“In the interest of transparency and following the proper process, I today withheld my vote on this issue because it had not been properly placed on an agenda or publicly noticed,” Fried said.

But, she added, “like my fellow Cabinet members, I did not support Mr. Rubin’s continued employment by the State of Florida.”

DeSantis, in comments to reporters after the meeting, disagreed with Fried’s notice concerns.

“Everyone knew this was on the agenda,” he said. “People are always free to bring motions when they want. I don’t think this was a surprise to anyone that there was going to be a determination today.”