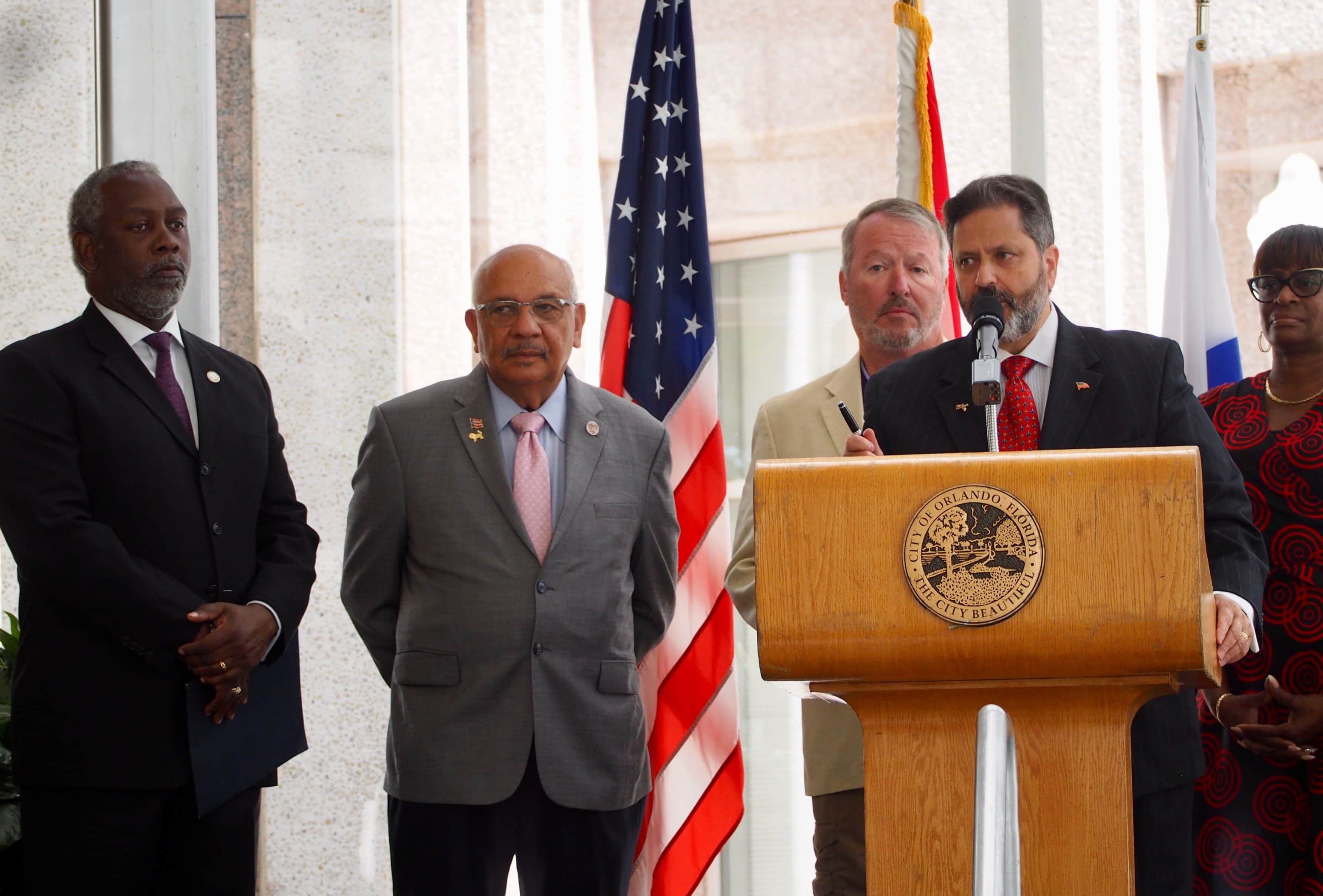 “We want to make Florida count,” said Calabro, whose organization has been at the forefront of census complete-count efforts since the 1980s.

It is the third of numerous stops he and TaxWatch are making around Florida seeking to foster local census support efforts.

Orlando Mayor Buddy Dyer announced the creation of an Orlando Census Complete Count Committee, chaired by Leila Allen, who has worked with the city’s housing department and the Orlando Housing Authority

They and other area leaders, notably Orlando City Commissioner Sam Ings, state Sen. Victor Torres, and state Rep. Geraldine Thompson, all laid out the challenges that Orlando and Orange County face as much as anywhere in the state, and some perhaps far more.

— Black immigrants from the Caribbean, notably Haitians, Jamaicans, and Bahamans; African Americans and other minority communities in general;

Undercounts are predicted for all of those communities.

Demings, in particular, raised the concern over getting a full count of immigrants, including concern about undocumented immigrants, who count as residents regardless of their legal residency status.

“We are a very diverse community with a lot of new immigrants. In some ways some may be undocumented, who because of, really, I guess, the point of time that we are living in, will probably be reluctant to participate in the count itself. But we want to make sure we count all people,” Demings said. “We want to make sure we get our fair share.”

He also pushed the economic development angle: national and international businesses rely in part on census counts to decide where to place or expand factories, offices and stores. The local governments and school districts use the counts to help plan new schools, roads and transit, and where to provide services.

“We want to make sure our residents fully understand the role they play in the next census,” Demings said.

TaxWatch is citing the stakes: 132 separate federal programs shell out $700 billion a year in tax money back to the states and local communities based on census counts. Florida, already the third-most populated state, has seen previous undercounts estimated at more than 200,000, meaning this year’s proportionately, could come out 300,000 low.

Torres noted the large migration from Puerto Rico and other Caribbean, Central American, and South American countries, such as Venezuela, into Central Florida in the past few years.

“You can rest assured that I will be doing my part in making sure our Latinos in the community are counted in the census,” Torres said.

Thompson used the moment to urge Gov. Ron DeSantis again to appoint a census commission or task force, not unlike the ones Dyer, Demings and other local leaders are doing, and as did then-Gov. Charlie Crist in 2010.

“That hasn’t occurred at this point, so I am very happy to be here with our mayors because they are taking the responsibility at the local level to do what we should be doing at the state level,” Thompson said.

Ings, who is running against Dyer in the 2019 Orlando mayoral election, raised the concern that counts could be inaccurate in smaller ways. He noted that there is a grave concern that black Caribbean immigrants and black Hispanics, might not identify themselves as black, but it is important to accurate racial counts to get the word to them to do so.