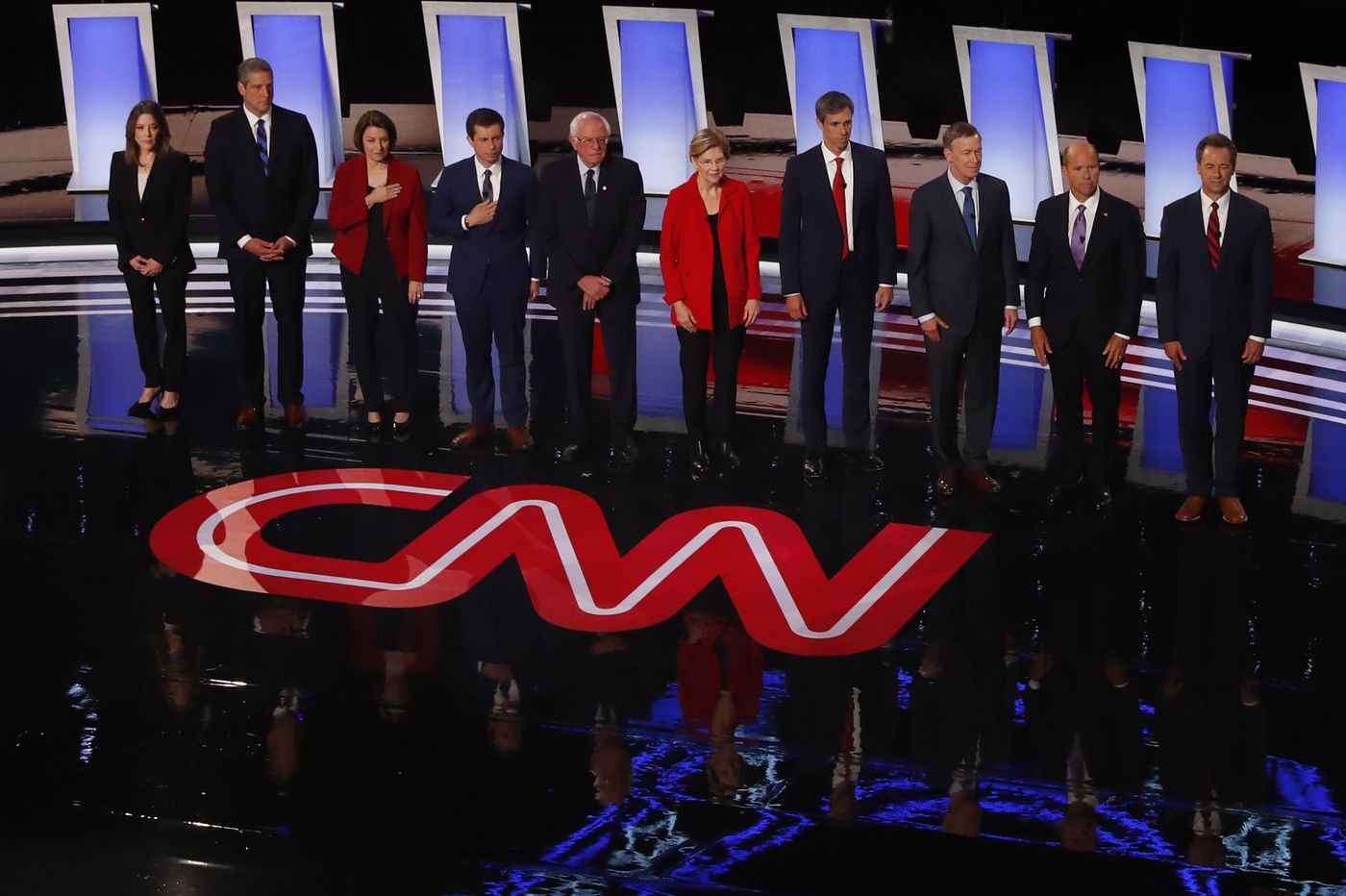 “Tonight we debate, but tomorrow we have to beat Donald Trump.”

I thought Elizabeth Warren carried the night at the Democratic debate in Detroit. She used former U.S. Rep. John Delaney of Maryland as a chew toy for her progressive agenda, and no one should be surprised if she climbs in the polls.

Despite the awkward setting of trying to give ten candidates their fair share of stage time, the evening was an interesting back-and-forth between progressives and pragmatism.

In that sense, it was a skirmish for the heart and soul of the Democrats as they look to 2020.

That was a refreshing result after an introduction by CNN that looked more like the start of a ballgame instead of a serious discussion to lead the free world.

Look, with that many candidates on the stage, someone was going to feel shortchanged. The format was built for sound bites more than substance. At many points throughout the night, it seemed like speed dating more than a forum to choose a presidential candidate.

Despite that, I thought a few important differences between the participants came through.

For instance, during a lengthy debate about health care, Delaney called the progressive idea of Medicare for all, “political suicide.”

And Warren buried Delaney with this exchange:

Delaney: “I think Democrats win when we run on real solutions not impossible promises, when we run on things that are workable not fairy tale economics.”

Warren: “I don’t understand why anybody goes to all the trouble of running for president of the United States just to talk about what we really can’t do and shouldn’t fight for. I don’t get it.”

It’s reasonable to argue that Delaney had a solid point, but Warren was ready for it and pounced. That encapsulated the dilemma facing Democrats as they seek to unseat President Donald Trump. Do they go for bold social programs that could involve tax increases and invite Republican charges of socialism, or do they stick to a more restrained agenda?

Can they do either one while keeping their eyes on the prize?

“Let’s get real,” U.S. Sen. Amy Klobuchar said. “Tonight we debate, but tomorrow we have to beat Donald Trump.”

So, which candidate on the stage showed the chops to do just that?

“Anyone on this stage tonight or tomorrow night would be a far better president (than Trump),” Warren said.

That’s an arguable point. But as the evening wound on, I thought Warren made the best impression, even though I’ve been skeptical about how she would fare in a general election against the Trump smear machine.

Democrats might be willing to take their chances anyway.

While it may be too early to forecast a winner, it’s not too soon to say who may be too far behind to catch up even at this early stage. Marianne Williamson, for instance, has passion but can’t fit the primary requirement of being able to beat Trump.

Neither can Delaney, who just seemed out of step most of the night.

U.S. Rep. Tim Ryan of Ohio noted that while pundits will be looking to decide who captured the night, “I hope I captured your imagination.” Well, he tried. I don’t think he succeeded.

Klobuchar was billed early as the candidate who could fulfill the prime directive of beating Trump, but she is looking more like a potential running mate for Joe Biden just now.

Speaking of Biden, Round II comes Wednesday night with the former vice president and nine others, including Sen. Kamala Harris. That’s one way of saying not to draw too many conclusions from Tuesday’s spectacle. There is a lot more to go.