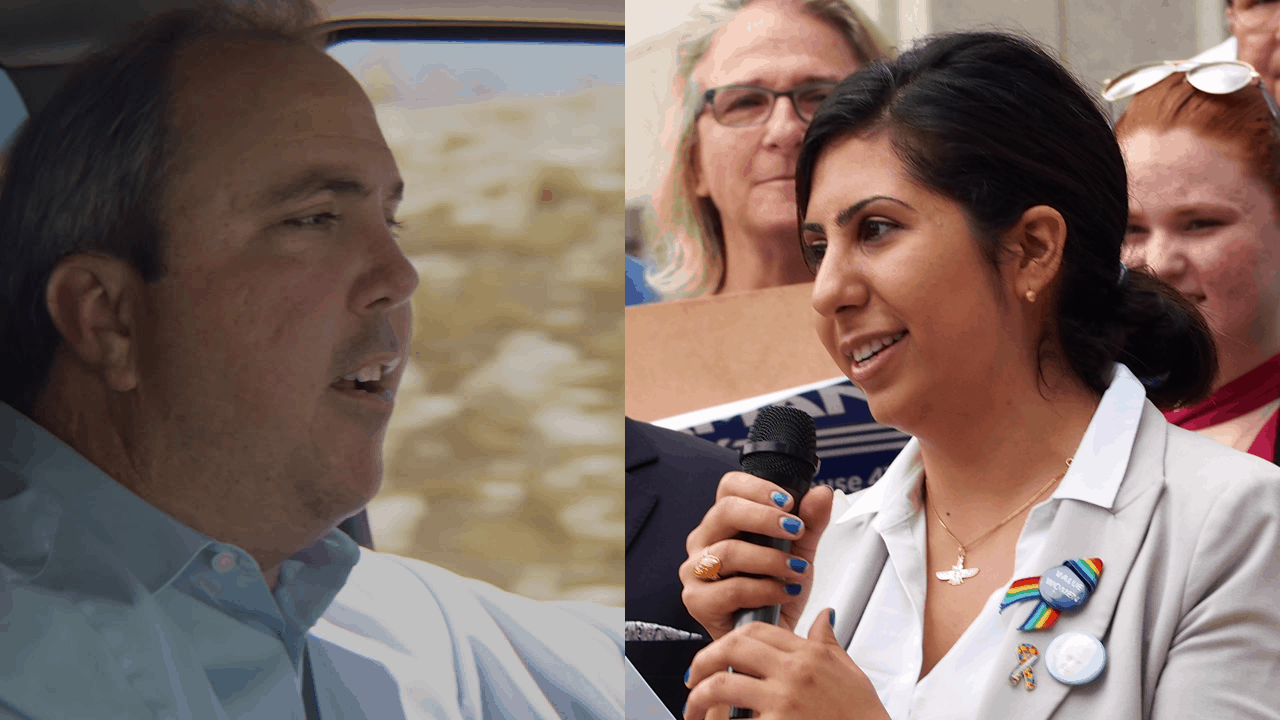 Two lawmakers behind a so-called sanctuary cities ban will travel Florida on a listening tour. But critics say the fact a political committee will foot the bill shows the trip to be about campaigning, not crafting policy.

But state Rep. Anna Eskamani, an Orlando Democrat, immediately noticed something about the tour website. A notice at the bottom shows it’s paid for and approved by Florida Conservatives United, Gruters’ political committee.

“This website is paid by a political organization, illustrating once more that this ‘listening tour’ isn’t about good policy; it’s about election politics,” Eskamani wrote on Twitter.

This website is paid by a political organization, illustrating once more that this “listening tour” isn’t about good policy; it’s about election politics. https://t.co/7POmbgGCc2

Gruters responded by inviting Eskamani to one of the stops. That since prompted a heated online back and forth about immigration policy.

For his part, Gruters says he wanted the political committee to cover expenses lest he is accused of misusing public funds.

“I want the focus to be on the tour and on our efforts and not if state dollars should have or have not paid for it so I decided to pay with private funds.”

First, we cracked down on sanctuary cities. Now we’re traveling the state to hear from YOU on what more Tallahassee can do to fix our broken immigration system. Learn more here! https://t.co/jajKSwaKOJ https://t.co/mDiBxs6wzu

But Eskamani said this just reinforces that Gruters and Byrd aren’t interested in a full debate.

The two lawmakers notably served as the Senate and House sponsors for controversial immigration legislation signed into law in June. That requires local law enforcement to cooperate with federal Immigration and Customs Enforcement, including holding individuals with detainer orders for days even if they get picked up on minor offenses.

“The reality is that Sen. Gruters and Rep. Cord Byrd are not neutral facilitators on the issue of immigration,” Eskamani told Florida Politics.

“With all due respect Senator, it is way too late to start listening,” she wrote.

First, you ignored 1000+ directly impacted folks & advocates who came to the Capitol begging you to listen to our stories, and asking for a seat at the table.

Then you passed a dangerous law, SB168.

With all due respect Senator, it is way too late to start listening. https://t.co/JwD40yJUEe

Gruters, also the chair for the Republican Party of Florida, has worked to position himself as a lead crafter of Florida immigration policy. He said the tour will further help with that.

“First, we cracked down on sanctuary cities,” he tweeted. “Now we’re traveling the state to hear from YOU on what more Tallahassee can do to fix our broken immigration system.”

Florida Conservatives United also recently covered the cost of a trip Gruters made to the U.S.-Mexico border. The Senator released a mini-doc (see below) about that trip last month.

Eskamani, though, said that with privately funded events, it’s more likely people with dissenting points of view will be removed from tour stops.

“If we really want to talk about immigration,” she said, “we should have events hosted by a neutral entity that has bipartisan voices, one that is centered around directly impacted people.”