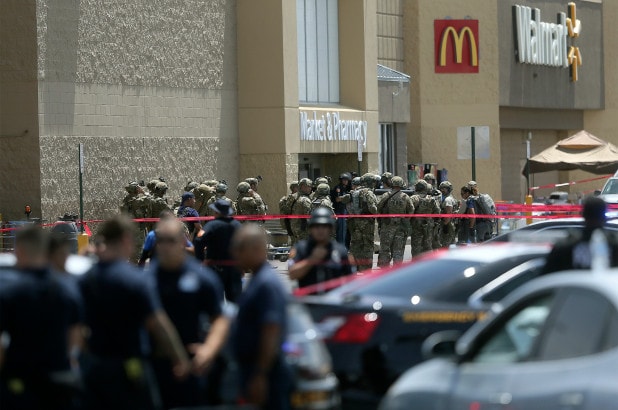 It may take many more massacres for Congress to change gun laws.

I took a super-informal poll on my Facebook page asking, “Would a mass shooting in your community change the way you might vote in 2020?”

Not surprisingly, most of the 125 respondents said it would not. With more than 250 mass shootings so far this year, they’ve certainly had lots of opportunities to form conclusions on the best way to address the growing epidemic.

Yet about 5 percent of respondents in this not-so-scientific survey said they would likely vote differently a mass shooting took place in their own community.

I didn’t seek partisan breakdowns, and I didn’t ask how a local massacre might affect their vote;  many Americans have concluded that more guns are the answer, while others call for more gun regulations.

But the mere fact that some voters could still be swayed if the next tragedy happened to be in their backyards suggests many of them are so numb to those once-shocking headlines that they aren’t giving the gun debate much thought at all…because it hasn’t yet affected them.

So why have the 250th and 251st mass shootings of 2019 captured our attention in ways that Nos. 241, 231 or 201 did not?  Likely because, to many Americans (but clearly not all), the El Paso and Dayton massacres felt like they were in our own backyards.

Families shopping for back-to-school supplies at Walmart felt like our own Sunday routine. People enjoying food and drink near downtown Dayton felt like the same Friday and Saturday night out we’ve all had at some point.

After last weekend, people started thinking about their daily routines differently – how they shop, how they play, and even how they walk the streets if they are in any way connected to the immigrant community.

We saw what it took for Florida leaders to pass reforms related to guns: a mass shooting at a Florida school. Columbine, Virginia Tech, and Sandy Hook simply didn’t move the needle in the Sunshine State because they happened in someone else’s backyard.

But now that more and more backyards have been shot up in America – and many more of our backyards feel like they’ve been invaded – the scale may be tipping in favor of national reforms.

Additional regulations on gun ownership and gun possession still face enormous odds in Mitch McConnell’s Senate, but both parties seem to be supporting some basic reforms related to background checks and red-flag laws that would give authorities the ability to take weapons away from some potentially-dangerous individuals.

And while I wouldn’t waste valuable Facebook space with an informal poll on how to solve America’s mass shooting epidemic, formal polls show more Americans want something done.

And a Morning Consult poll indicates an assault rifle ban is now supported by 70 percent of Americans, including 54 percent of Republicans.

However, the American government and its policies aren’t chosen by popular opinion (just ask Hillary Clinton). Legislative power is consolidated with less-populous – and more conservative – states by giving them the same two Senate votes as the country’s most populous states.

So will 2019 be any different?  Will basic reforms, supported by a majority of voters and policymakers, ever make it to the president’s desk?

It’s tough to predict the future, given what we know about the lack of action in the past. But as the shootings hit closer and closer to home for more of America, the odds are increasing that Senators from even the most rural and conservative states will hear constituents’ calls to do something.