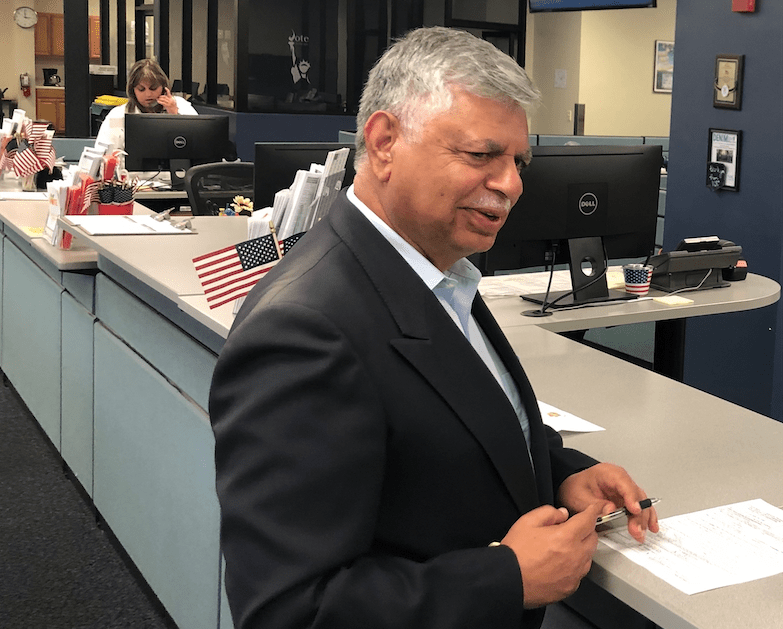 'Credibility and trustworthiness are what is lacking right now," Muneer said.

Muneer, 68, of Orlando, is a former banker who is president at Jupiter Properties, a commercial real estate brokerage, and Monessar & Muneer Consulting. He has served on numerous boards and area chambers of commerce in Central Florida.

Muneer is targeting Singh in part because of a series of scandals the Democratic property appraiser has gone through in recent years, which have led to lawsuits alleging sexual harassment and financial irregularities, and a probe by the Florida Department of Law Enforcement. Singh has denied all the allegations.

“Credibility and trustworthiness are what is lacking right now,” Muneer said of the current office. “It’s been in the newspapers so it’s public knowledge. Also, he has not been very kind to our biggest employer in the area, which is Disney.”

The latter assertion is over long-running disputes that Walt Disney World, and other big property owners including Universal Orlando, have had with his office’s appraisals. So far, Singh has won those battles at the appellate and circuit court levels.

Singh filed for re-election on Aug. 1. There are no Republicans in the contest yet. In the 2016 election, Singh won a second term with a 60-40 victory over Republican Edward DeAguilera.

Muneer is a Pakistan native who was educated in England and has lived in Central Florida for 27 years. Before starting Jupiter Properties, he worked in treasury operations in international banking. He touted the experiences as “assets that I bring to the office to bring back the highest integrity and professionalism, which is not there right now, is nonexistent right now.”

Muneer is a first-time candidate. He said he wanted to wait until he could serve, not to seek an office as a steppingstone.

“This is something I’ve considered doing for a while now. Appraising property requires close attention to detail, trustworthiness, and a deep knowledge of the local market,” Muneer stated in a news release announcing his candidacy. “This is something we can be more effective at here in Orange County.”