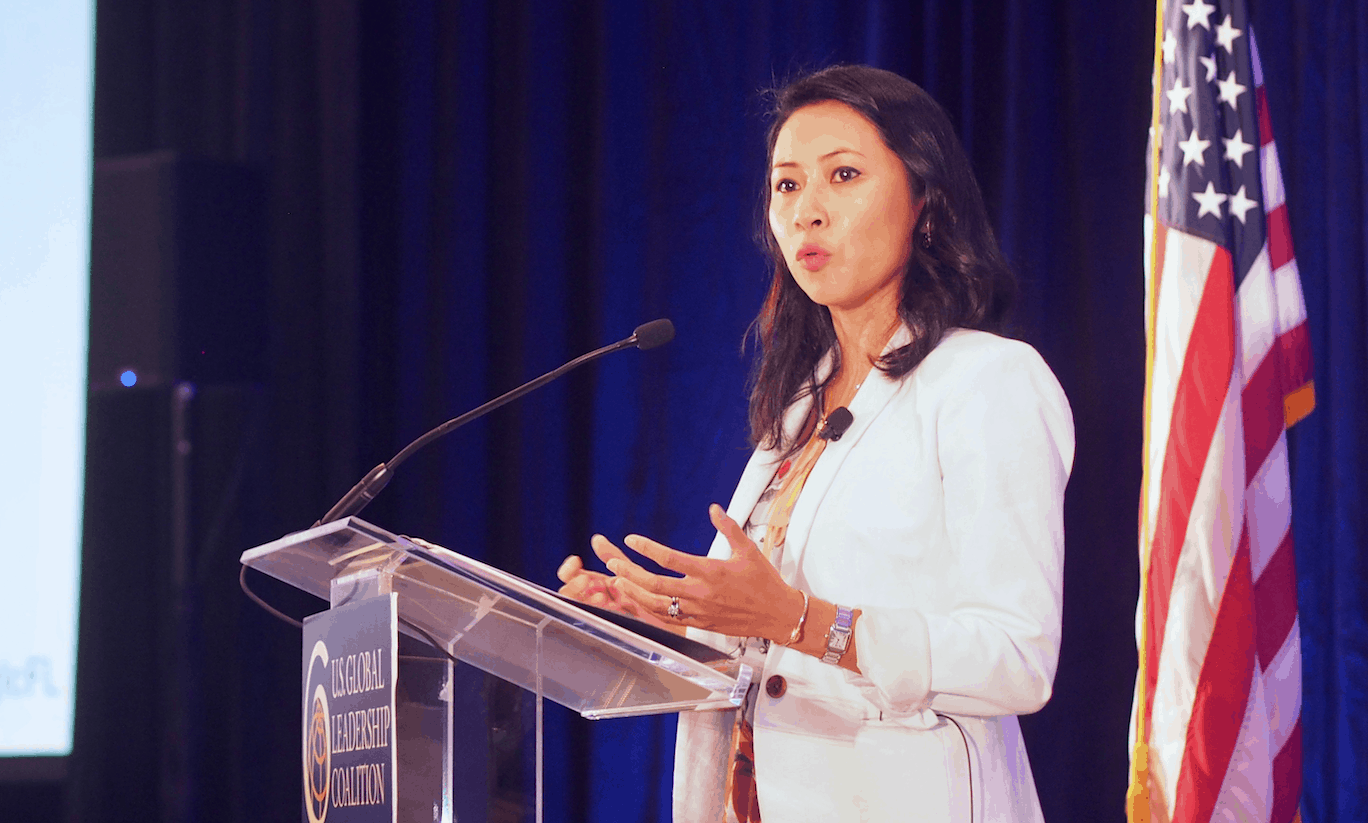 Democratic U.S. Rep. Stephanie Murphy on Wednesday declared that America’s “soft power” foreign affairs programs including foreign aid are part of the American soul and must be continued for America’s interests and security.

“I believe that every nation has an ethos, a national soul so to speak. And giving a damn about our fellow human beings in other countries and trying our best to empower them is a fundamental part of our soul,” Murphy said.

Speaking at a Winter Park conference of the U.S. Global Leadership Coalition, the Winter Park Congresswoman made her own life story a humanitarian case-in-point for U.S. aid worldwide and called such aid a critical tool in protecting American security.

However, she also hammered at President Donald Trump‘s policies of isolation and his attempts to end much of foreign aid. She charged that amounts to the United States stepping “back from its leadership role in the world.”

“I believe any retreat towards isolationism, however tentative it might appear on first blush, will ultimately make America and its allies less prosperous, and make the world a less stable and and less of a safe place,” Murphy said.

The U.S. Global Leadership Coalition is a nonpartisan foundation that has former U.S. Secretary of State Colin Powell as its honorary chair. It promotes diplomacy and U.S. foreign aid programs through the federal international affairs budget. Murphy was joined by retired Army Lt. Gen. Mark Hertling, Walt Disney World Vice President Adam Babington and other speakers at the Winter Park forum attended by more than 200 Orlando-area business and political leaders.

It might be hard to find a member of Congress who has more personal connections with what she calls the “soft power” of American foreign relations than Murphy. She told the gathering her story of being rescued by the U.S. Navy as an infant with her family after they had fled their native Vietnam on a boat that stalled at sea.

Murphy also recalled her efforts, as a U.S. Department of Defense specialist, to lead U.S. military humanitarian aid efforts to Indonesia after that country’s devastating 2004 tsunami. She said she felt personal satisfaction in paying back the aid that saved her and American pride and a feeling of foreign affairs success in seeing the appreciation extended to the United States as Navy ships provided help.

“It helped us build this deep reservoir of goodwill toward the United States in what happens to be the most populous Muslim country in the world,” she said.

Yet Murphy, a relative hawk as a Democrat on military issues, also defended a strong defense, which she called “hard power.”

“But it is an absolute mistake for U.S. officials to provide the military with all the funding it needs, or even more than it is requesting, while starving our diplomats and our aid professionals at USAID,” she said. “President Trump has sought to do precisely that. But to date, the Congress has rejected those requests on a bipartisan basis and I expect we will continue to do so.

“The truth is that diplomats and aid workers are our nation’s first line of defense. They can prevent challenges in other countries from becoming crises and prevent crises from exploding into kinetic kinds of conflicts,” Murphy added.

nextGovernor: 'Legislature not going to go for' Special Session