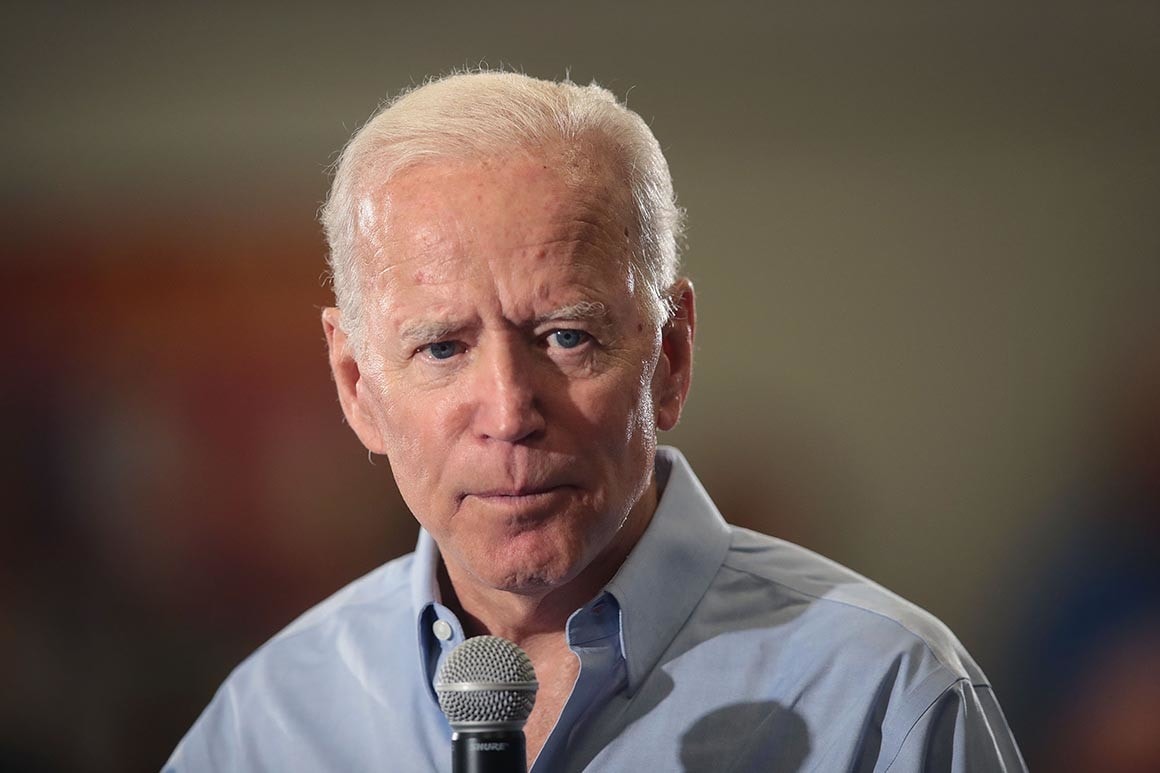 Most pundits are getting the “Joe Biden electability” debate all wrong.

The Democratic consultants, analysts, and observers who opine all day about the best way to beat Donald Trump tend to spend a lot of time — and wasted breath — debating how they’ll motivate their base, how they’ll win over independents, and how many times Joe Biden will stick his foot in his mouth during primary season.

See, poll after poll shows Democrats are already itching to vote, and they seem motivated to cast ballots for anyone with a “D” next to their name. It’s similar to how motivated Republicans were in 2016 after Trump turned Hillary Clinton into a Hannibal Lecter-level of villain.

Republicans aren’t currently showing that same kind of enthusiasm, but the further left Democrats go in the next 14 months, the more likely it is they’ll give Trump a villain he can use to get his voters back out to the polls.

While Democrats debate how to win over independents and factory workers and college-educated suburban moms who voted for Trump, modern-day elections are about turning out your base, and all Democrats need to do is put up someone Republicans can live with, and some of those Trump voters will stay at home.

That’s the argument Biden wants to make, that he’s the safe bet for Democrats desperate to replace Trump, because the President would likely go even harder on Bernie Sanders, Elizabeth Warren, or Andrew Yang than he did on Clinton in 2016. But Biden can’t say that himself.

So the former Vice President uses phrases like “electable” and “most qualified.” The lifelong politician also relies on the “You know who I am” argument, not to highlight his strengths, but to highlight that, unlike anyone else in the field, his biggest general election weaknesses have already been exposed.

We know how President Trump will try to take advantage of those vulnerabilities. But “Sleepy Joe” is unlikely to rile up the conservative base the same way Trump attacks on socialism or minorities might.

This is America. And the electability debate has little to do with a candidate’s qualifications.

The Democratic field boasts the most qualified field ever assembled, and a series of national polls suggest all of them — from Sanders to Warren to Kamala Harris to Pete Buttigieg to Tom Steyer — may all be able to beat President Trump head-to-head.

But ask President Hillary Clinton how much national polls and popular votes matter. In today’s America, it’s all about a few key swing states. And in states like Florida, Pennsylvania, North Carolina, and Ohio — where Trump battered Clinton especially hard — there has been remarkably little polling so far on potential head-to-head presidential matchups.

Ohio and North Carolina have each been polled only once in the last two months, while Florida and Pennsylvania haven’t at all.

However, what we see in the polling that has been done so far is that Biden has the largest head-to-head lead over Trump in every one of those states — and by a considerable margin.

This can again be explained by the vilification levels of the different candidates. The “Anyone but Hillary” movement is much easier replicated as “Anyone but Bernie” or “Anyone but Elizabeth” than “Anyone but Biden.”

Clinton may have been a flawed candidate, but she was far from the biggest villain in the history of politics — unless you happen to be watching FOX News, as many Trump voters in those swing states typically do.

I spent two years talking to Trump supporters in Florida after they helped propel him to the White House, and a large majority of them indicated they were more motivated to vote by the fear of a Clinton presidency than a desire for a Trump presidency. National news outlets have reported the same attitudes across the Rust Belt as well.

So regardless of how detailed Elizabeth Warren’s policy proposals may be — and they may be the most specific proposals ever released by a presidential candidate this far out from an election — that won’t matter a lick to most Republicans. In fact, her super-specific platforms may just give Trump and FOX News more ability to vilify her and turn out the GOP vote.

“Electability” isn’t a “sexist ruse” as one voter described it to The Atlantic; in fact, there are moderate women in the Democratic race (albeit far back in the race) that wouldn’t pose the same kind of general election risks as Warren or Sanders.

So for Democrats, electability comes down to anticipating the onslaught from Trump and FOX News and deciding how much of their 2020 chances they want to risk in the name of progress. Every step the party takes to the left, they’ll be pulling in more votes from the right.

New Jersey Sen. Cory Booker is one of many Democrats who want voters to aim left of Biden, telling an audience in Iowa Wednesday, “the next leader of our party can’t be someone that is a safe bet.”

It’s a tough decision for Democratic voters: how much do they try to bite off in 2020?

It’s no easier than deciding whether to kick a game-tying field goal or try for the end zone when you face fourth-and-inches at the end of the game.

Beating Donald Trump is no sure thing, but opportunities for generational change also don’t come around all that often.

Biden would make history as the oldest U.S. president elected ever, but other candidates might make history for overhauling public health care, eliminating mounds of student debt, or becoming the first openly gay President — benchmarks that would advance the national dialogue on progressive priorities in ways that Biden would be unlikely to.

However, those opportunities to make history are also potential liabilities that Republicans would love to exploit.

And recent polling shows Democrats — at least nationally — care almost twice as much about beating Trump than they do about finding a candidate who best aligns with their personal beliefs.

Biden is winning the electability argument because conservative voters in swing states who don’t love Trump would likely be able to stomach a populist white dude who grew up in the Rust Belt.

You might even see Republican leaders who are uncomfortable with Trump endorse their old colleague Biden, like Arizona’s Jeff Flake, Ohio’s John Kasich, or Tennessee’s Bob Corker; it would be much more surprising to see them endorse any other Democrat in the field.

Biden’s no sure bet

Know who else is electable? Donald Trump.

Counted out countless times in 2016, Trump proved he was far more electable than most gave him credit for, and his approval ratings in most swing states — more than a year away from the election — remain high enough to make the matchups toss-ups at this point.

Biden is no sure bet to beat Trump. Democrats fear he won’t excite left-leaning voters in ways other candidates are likely to excite them, and there’s no telling what may come out of Biden’s mouth in the next 14 months.

However, polling shows the gaffes aren’t even the biggest Biden concern to many voters; it’s his age.

Could Democrats ever forgive themselves if they lost the election in a similar fashion to how they lost in 2016? Would it be even more painful in 2020 given their momentum and opportunity to reverse the direction of Washington?

Democrats have to decide how much of a progressive villain they can afford, and how much they want to risk.

If there’s one certainty about a possible Biden nomination, it’s that it would prompt Democrats and Republicans alike to start jockeying for 2024 sooner than ever — a victorious Trump would be 78 at the end of his next term, while a President Biden would be 83.