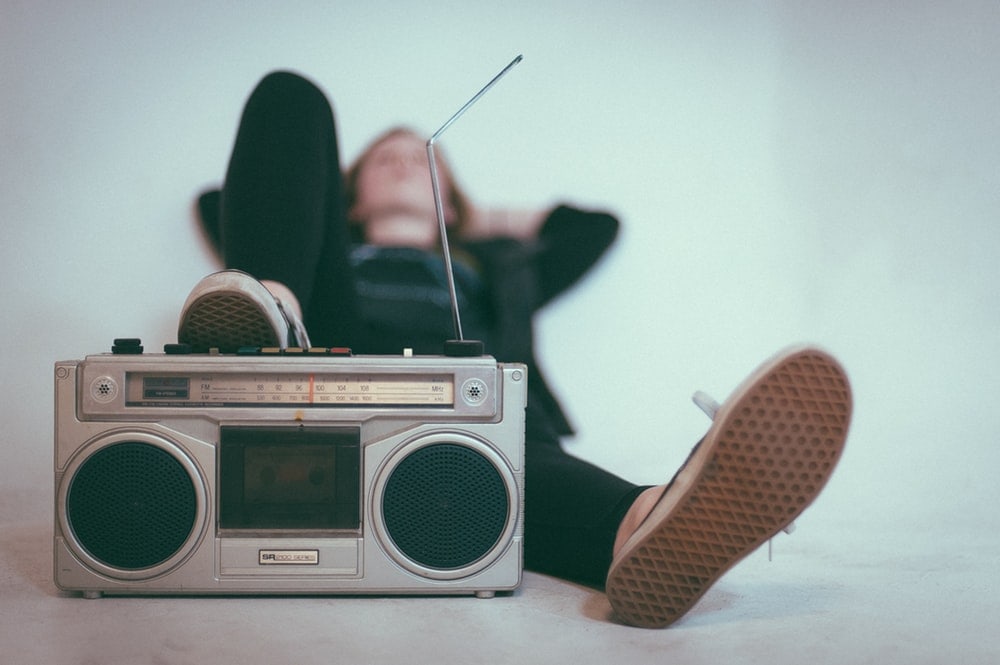 What is the state of radio in Florida and throughout our nation?

Guglielmo Marconi was an Italian inventor who proved the feasibility of radio communication. In 1895, he sent and received his first radio signal in Italy.

I think I just said “HI Y’ALL” or something like that, in my hard-core LA (lower Alabama) accent. Dad was friends with the guys, so we stopped by for a visit once a year or so.

Hey, were foul-mouthed and self-described “radio gawds” — their show was cool.

As a young person, I was blown away as the whole town seemed to talk about them always, and I got to meet them. This was pre-everything we have now: Twitter, SiriusXM, Netflix (yadda yadda yadda).

These were the days when dad’s office had the radio on, and it stayed on all day.

When a song was in “heavy rotation” (what radio called it then) you knew it … and you disliked it fast. Think Pointer Sisters, Neutron Dance, etc.

In that era, while not played on 101, they were on the pop station.

I had a 101 sticker on my tape case, which was loaded with Van Halen, Rush, ZZ Top, Mötley Crüe, Huey Lewis, Beach Boys, Asia, John Cougar, Sammy Hagar, The Police, Lover Boy … wow! What an era in music.

Sadly, it would appear both of these radio “shock jock” pioneers are no longer with us.

But for a time, they changed the game and set the stage for the next generation of Bob and Toms, and so on.

A millennia later, I was still drawn to the morning drawl of the local shock jocks. However, I was in a new market, Atlanta, Georgia. The station was 96 Rock, and the shock jocks were called the Regular Guys with their partner in crime, Southside Steve. YEAH, COME ON!

I met Steve at a Mötley Crüe show once; he is the man, the kind of guy you drink a beer with, and a person who feels like you have known them your whole life.

At that time, I knew a lot of radio folks as I worked in the business (artist manager).

Leslie and the crew at 99X were legends, — my friend Jenn Hobby is still in the game with her own show on Star 94 called “Jenn and Friends.”

I reached out to her to get her take on the biz now versus when we were all starting our careers.

Today there is no Houston for the summers; there is no Atlanta commute. There is Tallahassee. Where do I get content from these days? My last rock radio morning DJs that I enjoyed were “Lex and Terry” via X101.5 (syndicated) here in town.

That ended my morning comedy from age 12-35.

Consider this, in Atlanta and Houston, we had serious car time for radio, and my mom loved those days as I would often call from the Phipps Mall/Lenox exit where you sat and just watched the light turn green and red about 22 times before anyone actually moved.

These days, my commute is five minutes.

I might turn on NPR or my man Greg Tish on 93.3, but no streaming music, CD’s, podcasts, etc. At age 45, I kind of like it quiet. Unless I borrow my wife’s car, then it’s Hair-Nation-all-the-way (I do not subscribe to Sirius).

What is the state of radio in Florida and throughout our nation?

I thought I’d check in with an expert at Nielsen (the rating company) and discuss what the market looks like. Besides the fact that country music has taken over the world, there is also this:

“There is a misconception that people no longer listen to radio, but the numbers tell a very different story. Radio still reaches 92 percent of all U.S. adults 18+ and 90 percent of adults 18-34 each week. 272 million Americans 6+ listen to the radio each week. Radio is still the highest reach medium we have” says Nielsen Senior Vice President Michael Sharp.

I mentioned Tish earlier; he’s been a DJ (as well as his current role of talk radio host), so I thought it would be cool to get his take on things.

“I’ve been a radio DJ, and I’m currently the host of Real Mornings on Real Talk 93.3 in Tallahassee.

“What’s the difference [between] the two? On the DJ side, you may have at the most 13 or so minutes (at the most) to fill with talking during your entire shift, and much of that can be prerecorded, but on the talk show side, you have 40-45 minutes of talk every hour.

“The prep work in talk takes a lot of effort and research. The daily challenge of being entertaining and informative in talk radio is really a grind, and it’s wonderful! I miss being a DJ on air, but I love being in talk.”

So, thank you, Guglielmo, you would be proud to know that radio is still there as a powerful platform for politics and everything else. Here in Florida, there are almost 1000 radio stations, according to Wikipedia.

Are politicians and their supporters still getting creative with the platform? Yes, sir!

A Donald Trump-supporting radio station owner is saying he will play snippets of Trump’s recent speech in Florida every hour for 500 + days?

That sounds a little overboard, but getting creative is all about going overboard (I suppose).

In the 2016 election, Time magazine did a very interesting piece about the radio ad wars that went on with Hillary Clinton, Donald and Bernie Sanders.

Radio can target very specific demographics that other platforms cannot, and maybe these are more aggressive with their messaging, so much so that they don’t even want the opposition to hear the message.

You can’t get that with TV or billboards — but you can with radio.

The above is a fascinating piece if you want to dive in for more details.

We close with Rush and glad that the spirit of radio is alive and well, in Houston, Atlanta and the sunny state of Florida.

As the song goes … and it brings me back to rolling by downtown Houston heading to an Astros game, or to see Top Gun for the 20th time with dad, Vic, and Jack. (Dad really liked that movie, and Jack was not a person). HA!