State Rep. Nick DiCeglie is holding a fundraiser for his House District 66 reelection campaign this week.

The event is scheduled Thursday, 6 p.m. at Alfano’s Restaurant in Clearwater, 1702 Clearwater Largo Road North. More information is available to supporters who RSVP.

DiCeglie, a Belleair Bluffs Republican, was elected to the House after scoring a double-digit win over Democratic nominee Alex Heeren in November. Earlier that cycle, he defeated Seminole attorney Berny Jacques with 60 percent of the vote.

So far, no candidates have signed up to challenge the small-business man in the Pinellas-based district.

If a contender does step forward, they’ll have some catching up to do in the money race.

Though he filed for re-election last year, DiCeglie began campaigning in earnest three months ago.

DiCeglie also has about $8,200 on hand in an affiliated political committee, The Economic Freedom Committee.

The district has a Republican lean. Prior to DiCeglie’s election, the seat was held by former Republican Rep. Larry Ahern for three terms. 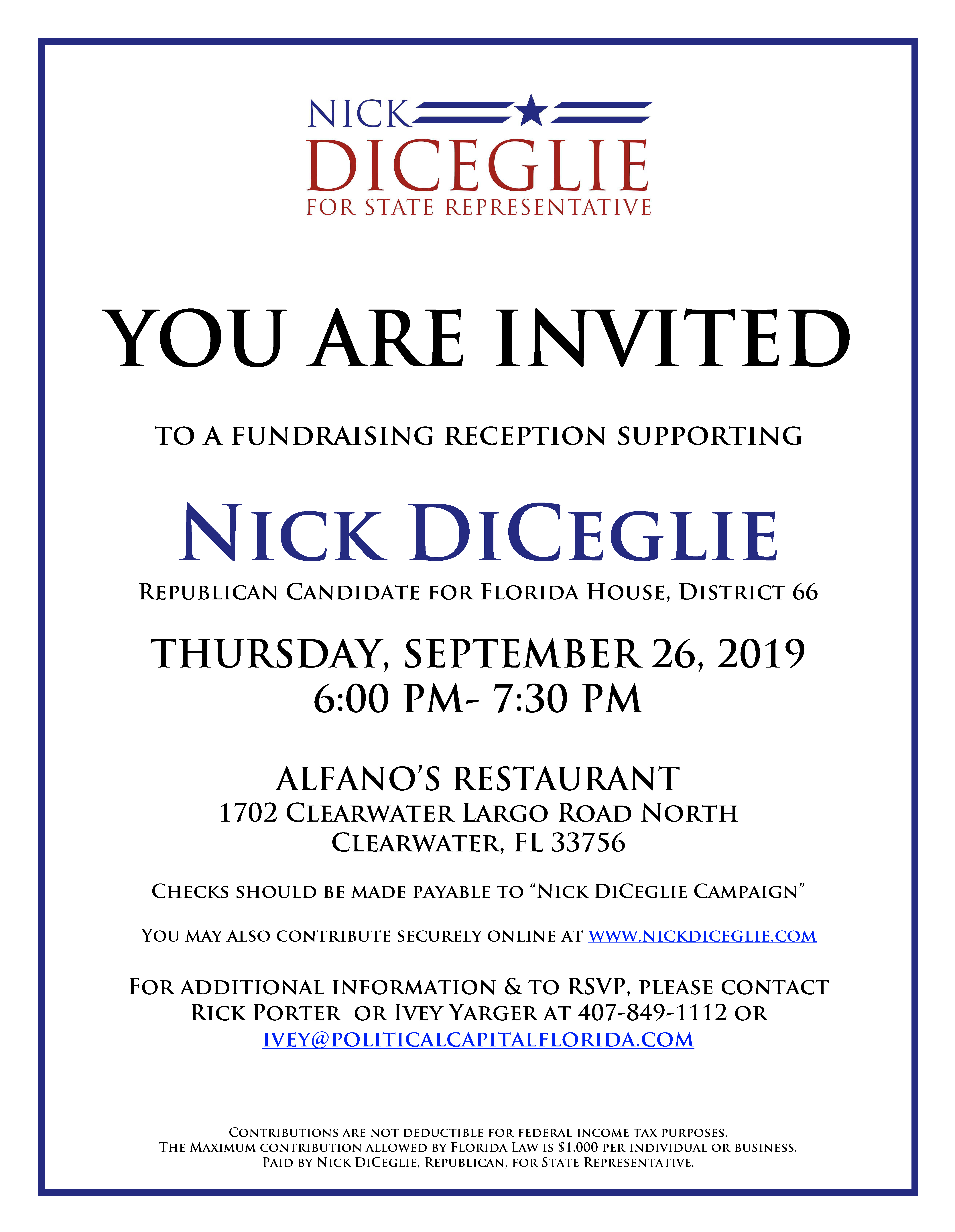