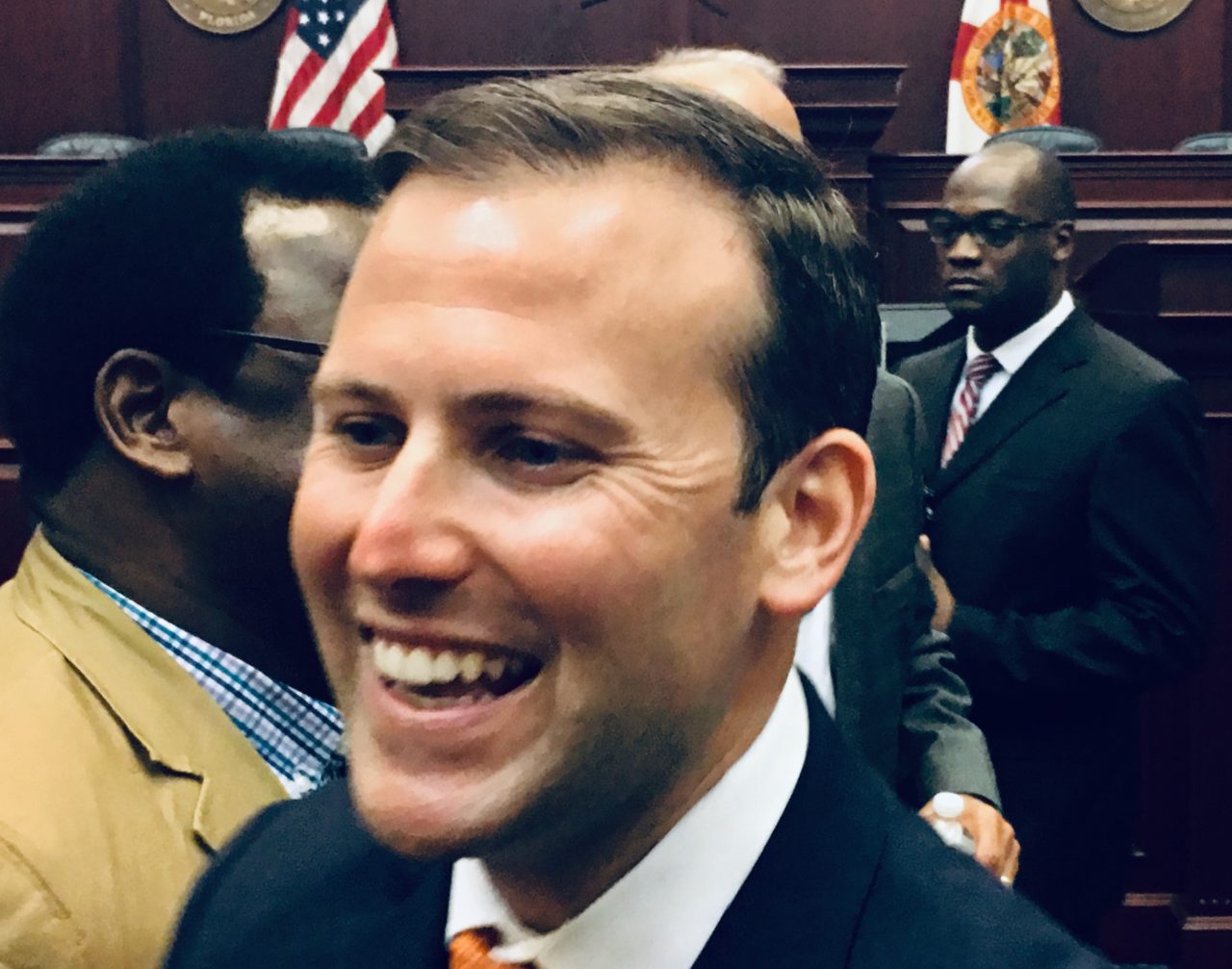 "My point is having our reserves keep pace with our budget."

Rep. Chris Sprowls, now Speaker-designate of the Florida House, thinks the Republican Party is at least somewhat to blame for Florida’s budget growth exceeding growth in its reserves.

He made those comments during his designation speech Tuesday in the House and reiterated that position in a media availability thereafter.

“We can’t ignore our own failings,” the Clearwater Republican said. “I was specifically pointing out something we as a caucus can do better.”

Amy Baker, who leads the Office of Economic and Demographic Research, forecast an $867 million shortfall that would force hard budget choices in the next two years.

“As our budget has grown, we have a higher dollar amount … than it’s ever had,” Sprowls noted.

“My point is having our reserves keep pace with our budget,” he added. “We haven’t kept pace, and we should.”

“Success has caused the budget to go up,” Sprowls added. But he wants increased savings, too.

Sprowls would not sign on to the concept of a recession, though he did acknowledge that “it’s one of those things in the back of our minds … it could happen any moment.”

Boosting reserve levels, he said, would be a good protection against recessionary pressures.

With the state committed to big spending on toll roads and environment projects, it will be interesting to see if the state can hold to that position of boosting reserve levels under pressure.

But that is the Speaker-designate’s call.

Sprowls noted during his speech that the “budget is growing faster than our reserves. We start new university construction projects without finishing old ones. We fund our wants at the expense of our needs. We turn policy conversations into revenue conversations. We treat the state budget like it is our own private charitable foundation to be used to buy the naming rights to buildings and programs.”

“Members, we need to do better. We need to increase our reserves and create a new fund for disaster recovery. There is no excuse not to be prepared for the next storm or the next recession,” Sprowls added.