Kofi Hunt is a progressive with Fight for $15.

St. Petersburg City Council candidate John Hornbeck is continuing to gain momentum in his race for District 1 against Robert Blackmon.

Hornbeck this week hired another campaign staffer to manage the campaign’s outreach and social media strategy.

Hornbeck hired longtime St. Pete activist and consultant Kofi Hunt. Hunt is the political director for Fight for 15 Florida, a group that supports raising the state’s minimum wage to $15 an hour. Prior to that he worked as a community organizer for the Service Employee International Union of Florida.

Hunt has worked on several state House campaigns as well as Congressional and state Senate campaigns. None of the candidates he worked with won their races, but all but one were Democrats running in districts considered safe seats for Republicans.

“If someone fits my values and is a progressive, I’m always open to helping them run the strongest campaign we can build together,” Hunt said.

Voters are also getting pro-Hornbeck fliers in the mail this week.

Hornbeck sent a flier touting two of his three endorsements as well as his “progressive” policies.

Hornbeck is a Democrat. His opponent, Blackmon, is a Republican.

The front of the flyer shows a photo of Hornbeck alongside his name as “the right pick for St. Pete.”

The back of the flyer references Hornbeck’s “progressive ideas” and “St. Pete roots.” Hornbeck is a life-long resident of St. Pete in District 1, which represents District 1.

Election Day is November 5. The general election is open to voters citywide. 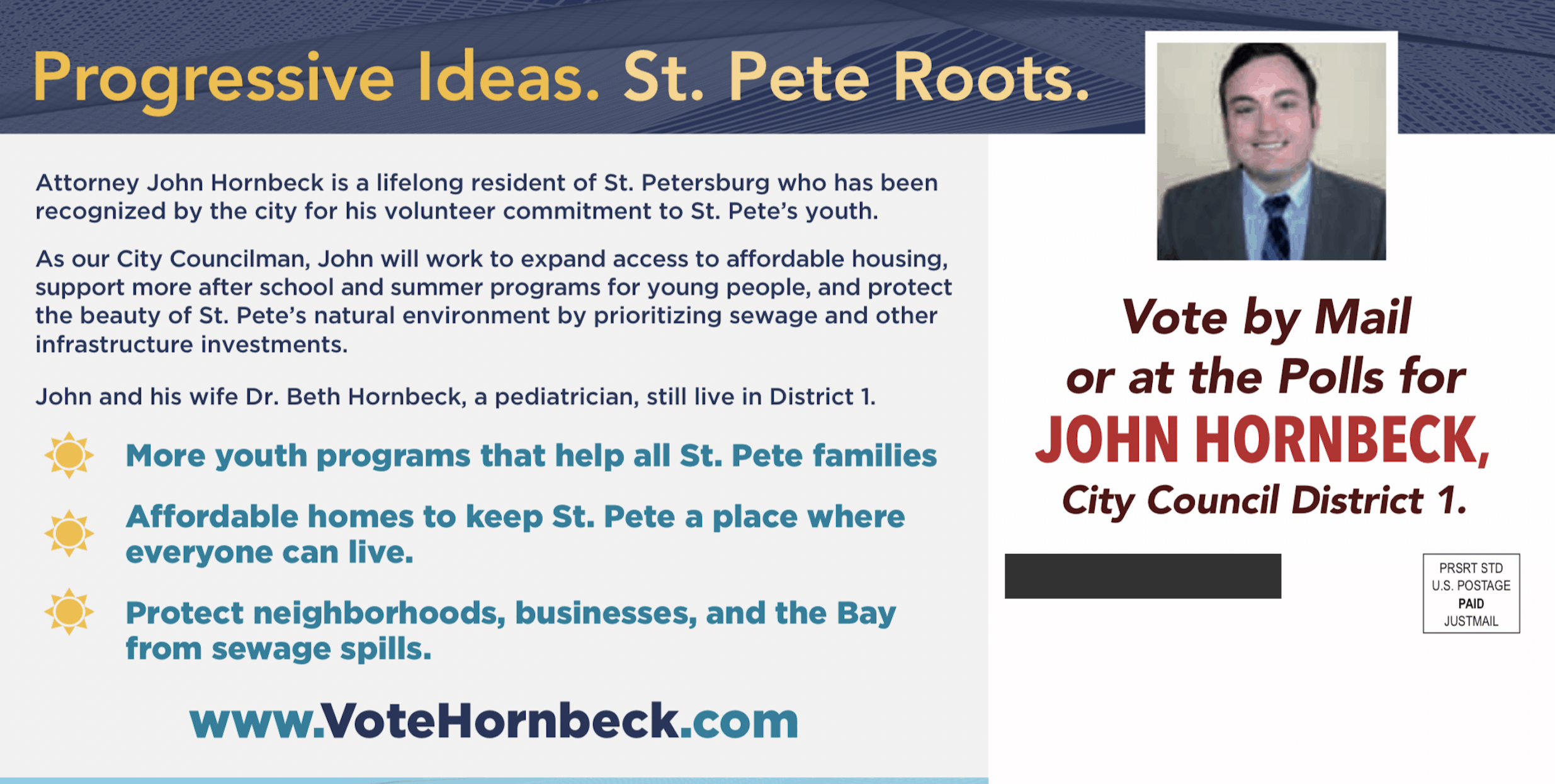 previousAlex Penelas to kick-off campaign for Miami-Dade Mayor with fundraiser on Oct. 30