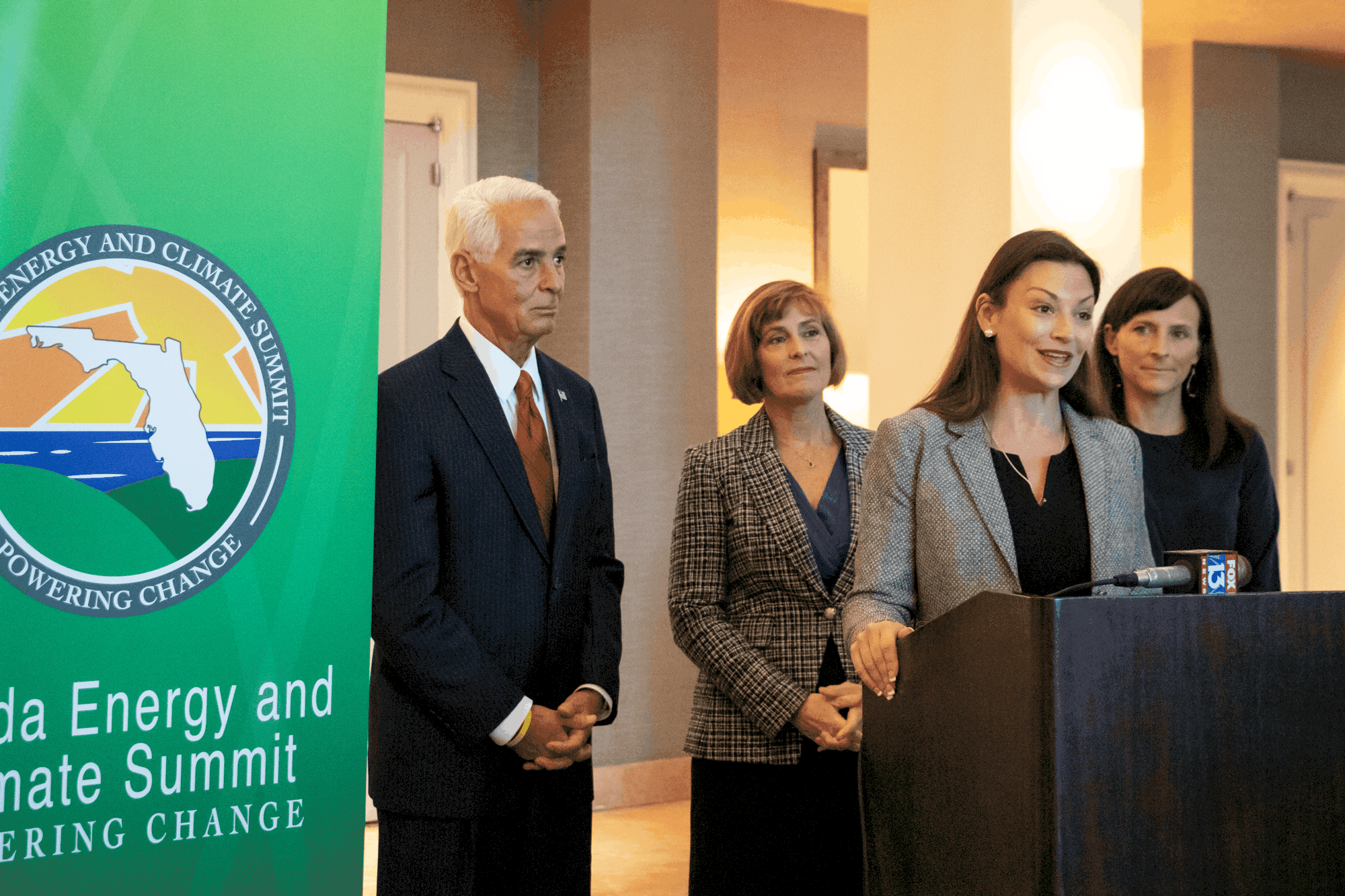 Florida’s only Democratic statewide elected official called for expansion of solar power, improvements to energy storage grids and a study of energy efficiency for all state facilities, among other sweeping measures.

“The science is clear that we have a cause and a crisis that is urgent,” Fried said. “We need action now, and we need to be taking it together.”

She held a news conference alongside U.S. Reps. Charlie Crist and Kathy Castor, as well as state Rep. Margaret Good, all  also Democrats.

There, Fried stressed the need for innovation in addressing and adapting to climate change.

Fried called on lawmakers to fund two studies this year: One on the impact of energy efficiency in low-income communities, and the other on how infrastructure improvements affect energy storage abilities in Florida.

She requested funding for a pilot program using new bridge storage technologies. She also announced a Florida Advisory Council on Climate and Energy, tasked with studying the issue in Florida.

Her legislative agenda this year includes creating a greenhouse gas inventory for state buildings. She wants a vehicle demonstration program for energy-efficient farm equipment, while also calling on energy and water audits of farms. And she wants $5 million over five years to pay for an 80-percent cost-share program for up to $25,000 on improvements.

The Commissioner called for irrigation upgrades and pump improvements on the Suwannee River and more grants for agriculture research and development.

Her agency will also request $250,000 for climate adaptation and mitigation strategies.

Good said the Legislature this year must upgrade stormwater rules and address wastewater issues. And while she will be part of the minority in the House, she sounded optimism about opportunities this year.

“Throughout this process, I have seen a shift from denial and inaction to cooperative action,” Good said.

Crist and Castor, both guest speakers this week at the 2019 Florida Energy & Climate Summit in Tampa, praised efforts on sustainability.

Castor serves as the chair of the House Select Committee on the Climate Crisis. She said Florida has lagged for the last decade on moving to clean energy. In a panel discussion, she said visiting experts frequently express surprise when they fly into Florida and see so few rooftop solar panels.

“Florida has great potential for solar energy,” she said in the press conference. “Why isn’t it happening? Powerful special interests, just like in Washington, D.C., are at work in Tallahassee blocking the change we need.”

Officials noted the last climate summit like the one wrapping today in Tampa took place when Crist, then a Republican, served as Governor in 2008.

Crist says the opportunity exists now for the federal and state government to work hand in hand on environmental issues: “There is an urgent need to take action now.”