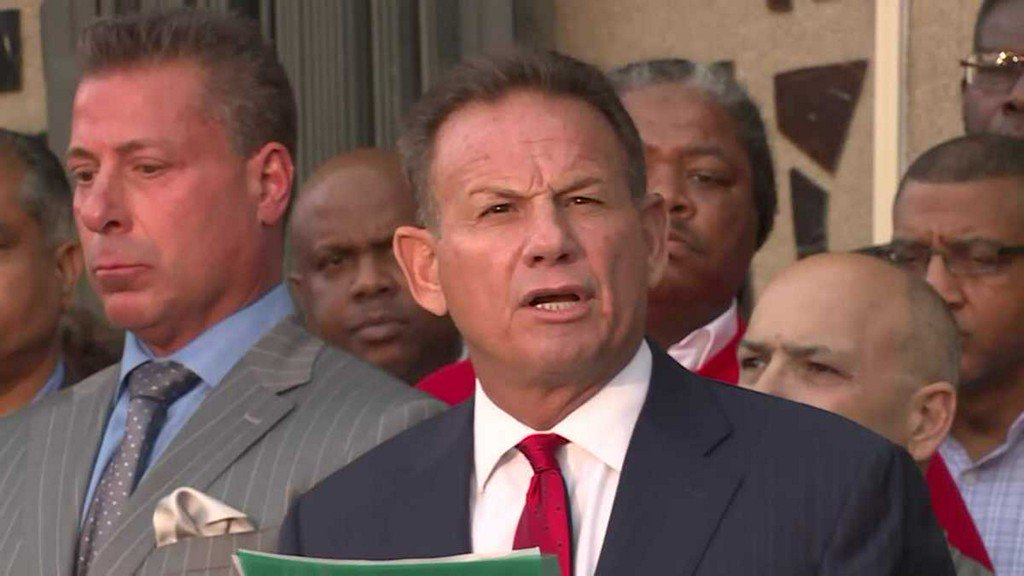 The Senate begins a Special Session on Monday to consider the case.

Ben Kuehne, who is representing suspended Broward Sheriff Scott Israel, is calling for the Florida Senate to disqualify one of the Governor’s attorneys as lawmakers prepare to review Israel’s suspension this week.

But Sunday, Senate Special Counsel Christie Letarte said the Senate has no authority to act on the request.

At issue is the recent hiring of GrayRobinson attorney George Levesque by Gov. Ron DeSantis.

But Kuehne says that while he and Levesque were defending their respective clients, thew two discussed potential legal approaches to push back against the Governor. While there don’t appear to be any explicit rules disqualifying Levesque, Kuehne nevertheless argues it would be improper for Levesque to serve DeSantis in this case.

He made his case in a letter to the Senate.

“Because of the mutually shared interests of both Superintendent Jackson and Sheriff Israel in challenging the Governor’s suspension orders, I shared confidential information and strategy considerations with Superintendent Jackson’s counsel on behalf of Sheriff Israel, with the expectation and understanding that our discussions between lawyers similarly situated were confidential,” Kuehne writes.

“The information I shared with Superintendent Jackson’s principal counsel was material to Sheriff Israel’s representation, was confidential, and was central to proceedings involving the Special Master and preparation for eventual consideration by the Senate.”

Kuehne argues that because Levesque has some inside information, the Senate should not let him appear in the case.

“That counsel’s appearance as counsel for the Governor in these proceedings, after having discussed confidential information concerning Sheriff Israel under circumstances that benefited both suspended officials, now compromises Sheriff Israel’s ability to fairly present his case to the Florida Senate,” Kuehne writes.

In a letter released by the Senate Sunday afternoon, Letarte rejected Kuehne’s ask.

“The Senate has no authority to disqualify Mr. Levesque,” Letarte wrote. “Counsel’s objection to the Governor’s choice of counsel is a matter for the Florida Bar not the Florida Senate.”

The Bar’s ethics rules don’t appear to block Levesque from serving in the matter.

DeSantis accused Israel of “incompetence” and “neglect of duty” in deciding to remove him from the Sheriff’s role back in January. But in a report reviewing the Governor’s decision, Special Master Dudley Goodlette recommended Israel retain his position as Sheriff.

The Senate is ultimately tasked with deciding whether to uphold the suspension or reinstate Israel. While Goodlette was appointed by Galvano, the Senate is not bound by his findings.

nextRandy DeFoor calls for outside counsel in JEA deal, but a question surfaces about her eligibility to practice law