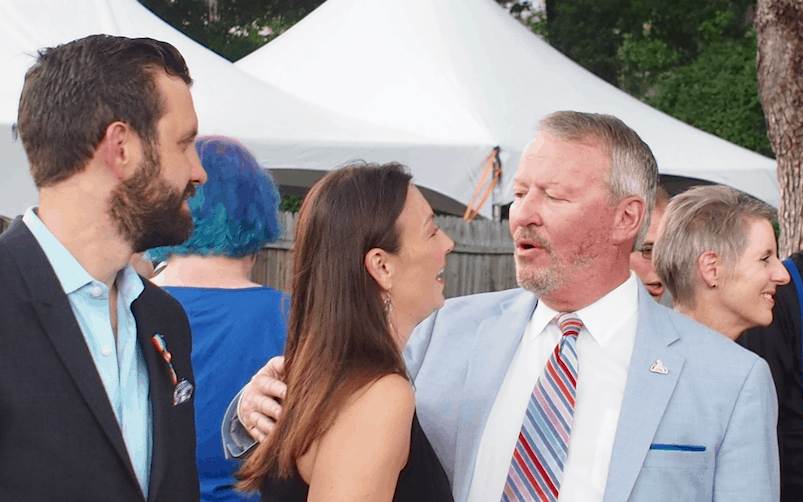 “Under Buddy Dyer’s leadership, Orlando has transformed into a vibrant world-class city. The city is nationally recognized for leading the way in sustainability and job creation. It is my honor to endorse Mayor Buddy Dyer for re-election and I look forward to seeing where his leadership will take the city in the next four years,” Fried stated in a news release issued Thursday by Dyer’s campaign.

Fried was elected last fall and is the Florida’s only statewide elected Democrat.

Dyer faces Orlando City Commissioner Sam Ings and businesswoman Aretha Simons in the Nov. 5 election. Vote-by-mail balloting already has begun and early voting begins Monday, running through Nov. 3. The election and the office is nonpartisan, though all three candidates are registered Democrats.

Ings is a retired Orlando Police commander who has served on the Orlando City Council since 2003. Simons is a Navy veteran of more than 20 years who runs a business that assists development of non-profit organizations. Both have charged Dyer with being neglectful of certain parts of the city and of running something of an imperial City Hall.

Dyer has disputed those charges, while also pointing to a list of accomplishments that include development of new sports, arts, and cultural venues including the Dr. Phillips Center for the Performing Arts, the Amway Center, the expanded Camping World Stadium, and the new Exploria Stadium for soccer; a robust economy through programs like the Main Street Program, development of the Creative Village in Downtown Orlando and Medical City in Lake Nona. He also has emphasized the diversity and unity of Orlando during his campaign.