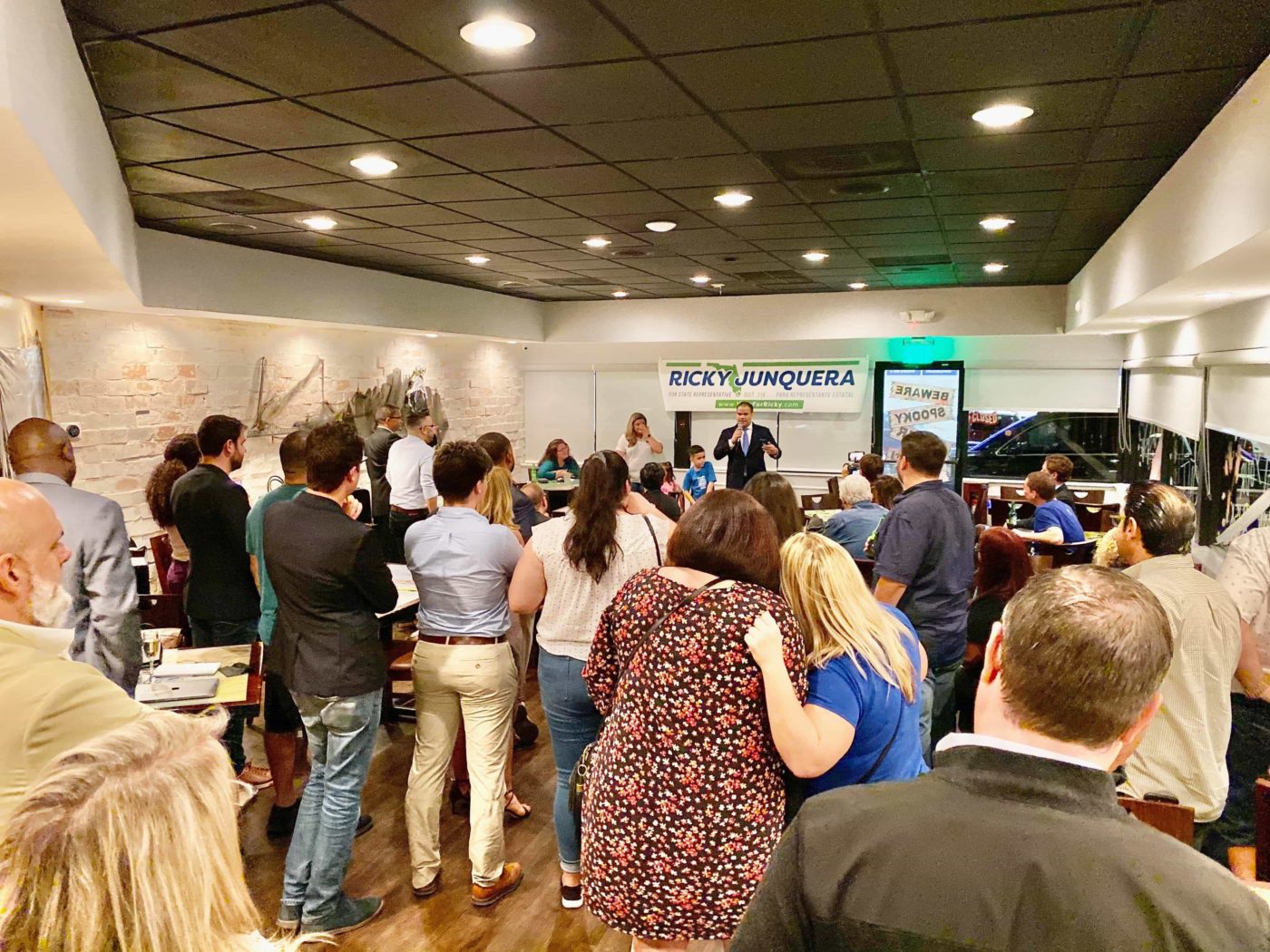 Junquera announced his desire to take on incumbent GOP state Rep. Anthony Rodriguez in early October. Rodriguez is a freshman in the House who flipped the seat from former Democratic state Rep. Robert Asencio.

“In the Florida State House, we have an opportunity to show up for the working class, and I’ll do just that,” Junquera said in comments released from Tuesday’s campaign launch.

“From traffic to toll roads, and health care to wages, I will find ways to bring both sides together to fight for all of us.”

The Tuesday event, which was held at Grubhouse Gastrobar & Grill in Miami, will aim to help Junquera make a splash in his first month of fundraising as a candidate. That fundraising report is due by Nov. 12.

Junquera currently serves as the Vice-Chair of Outreach for the Miami-Dade Democratic Party and as a Press Secretary for the Sierra Club.

“The American dream was America’s promise,” Junquera added Tuesday. But families are finding that they can work hard, have a career, and still find that they are struggling, sometimes more than their parents did.”

Rodriguez won the seat in 2018 by fewer than 3 percentage points. Democratic presidential candidate Hillary Clinton won the district in 2016. Nikki Fried also carried the district on the way to becoming the only statewide Democrat to win an election in 2018. Democratic U.S. Sen. Bill Nelson also won HD 118 in a losing effort statewide.

That gives Junquera hope he can turn the district blue again. He spoke about his upbringing Tuesday, tying it to his comments on the American dream.

“I was raised by a single mother, who worked hard to provide for her three kids, and a Cuban grandmother who worked as a seamstress on the Miami River, back when we made things in the United States,” Junquera said.

HD 118 covers parts of Miami-Dade County, including Tamiami and Kendall.