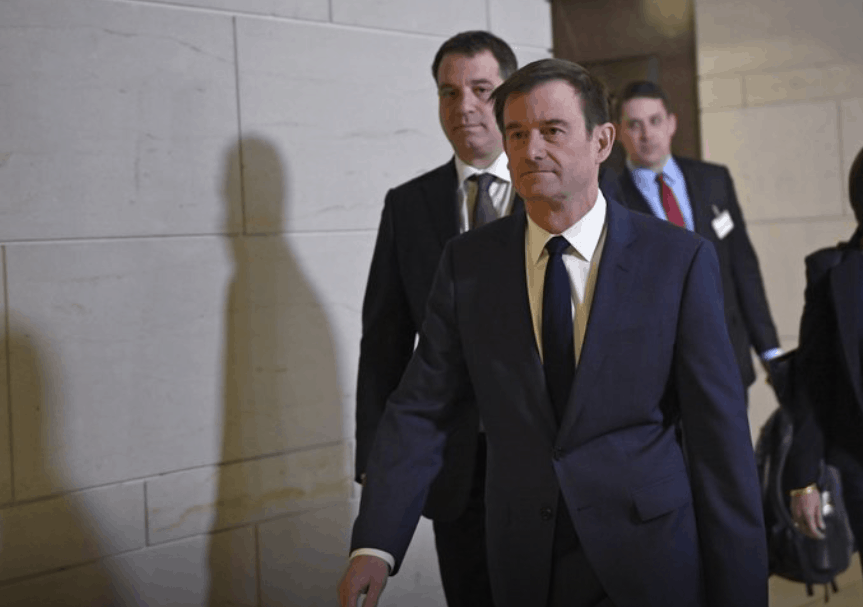 The State Department’s third-ranking official is expected to tell House impeachment investigators Wednesday that political considerations were behind the agency’s refusal to deliver a robust defense of the former U.S. ambassador to Ukraine.

People familiar with the matter say the highest-ranking career diplomat in the foreign service, David Hale, plans to say that Secretary of State Mike Pompeo and other senior officials determined that defending Ambassador Marie Yovanovitch would hurt the effort to free up U.S. military assistance to Ukraine.

Hale, who arrived Wednesday morning to testify to the U.S. House of Representatives impeachment probe behind closed doors, will also say that the State Department worried about the reaction from President Donald Trump’s personal attorney Rudy Giuliani, also one of the strongest advocates for removing the ambassador.

Meanwhile, State Department Counselor T. Ulrich Brechbuhl, who was subpoenaed to appear before the impeachment panel, was on the plane with Pompeo, who departed early Wednesday morning for Germany. Two other witnesses who were scheduled for Wednesday — Russ Vought, the acting director of the White House Office of Management and Budget, and Rick Perry, the Energy secretary — are not expected to show up.

Yovanovitch, who was removed from her posting in May, has already appeared before investigators in the impeachment inquiry into Trump. She detailed efforts by Giuliani and other Trump allies to push her out of Ukraine, testifying that a senior Ukrainian official told her that “I really needed to watch my back.”

Hale is expected to shed more light on why the State Department did not step up to defend its top envoy in Kyiv. According to the people familiar with the matter, he will say he tried to distance himself and the department from the matter by removing himself from email chains about Yovanovitch.

Hale, for example, never responded to an email sent by former top Pompeo adviser Michael McKinley urging Pompeo to speak out in defense of Yovanovitch after the White House released a partial transcript of Trump’s phone call with Ukrainian President Volodymyr Zelenskiy, the officials said.

The people familiar with the matter were not authorized to discuss Hale’s appearance publicly and spoke on the condition of anonymity.

Hale, a fluent Arabic speaker who joined the foreign service in 1984, has served as ambassador to Lebanon, Pakistan and Jordan and in posts in Tunisia, Bahrain and Saudi Arabia.