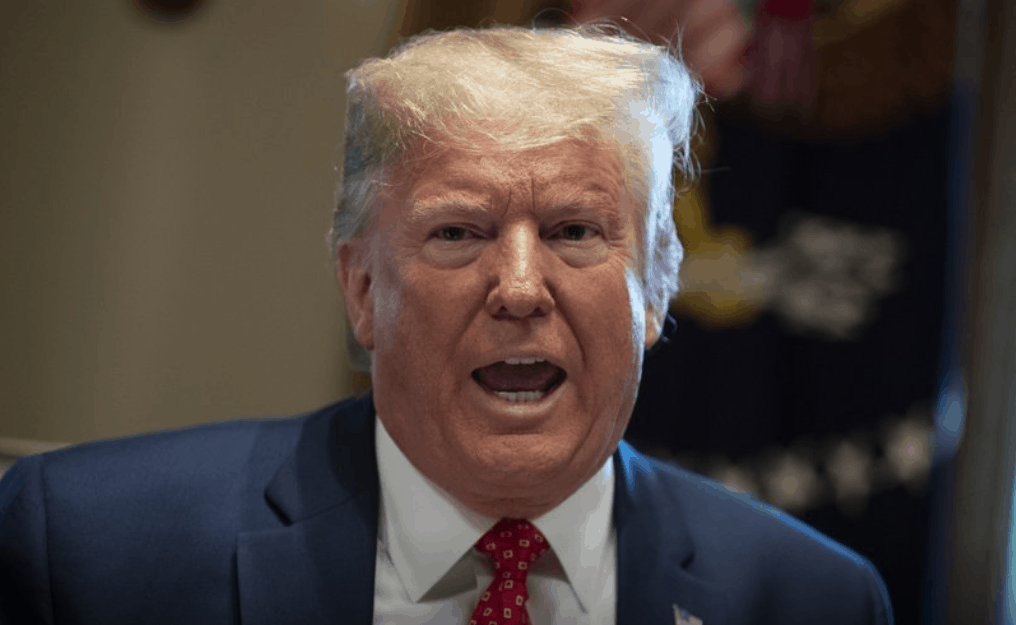 President Donald Trump on Friday promoted a debunked conspiracy theory that Ukraine interfered in the 2016 election, a day after a former White House adviser called it a “fictional narrative” and said it played into Russia’s hands.

Trump called in to “Fox & Friends” and said he was trying to root out corruption in the Eastern European nation when he withheld aid over the summer. Trump’s July 25 call with Ukraine’s president is at the center of the House impeachment probe, which is looking into Trump’s pressure on Ukraine to investigate political rivals as he held back nearly $400 million.

He also worked to undercut witnesses at the hearings, including the former U.S. Ambassador to Ukraine, Marie Yovanovitch, whom Trump recalled from her post in Kyiv. The president called her an “Obama person” and claimed without evidence that she didn’t want his picture to hang on the walls of the embassy.

“There are a lot of things that she did that I didn’t like,” he said, adding that he asked why administration officials were being so kind to her. “’Well, sir, she’s a woman. We have to be nice,’ he said they told him. Without providing details, Trump said he viewed her differently. “She’s very tough. I heard bad things,” he said.

He repeated his assertion that Ukrainians might have hacked the Democratic National Committee’s network in 2016 and framed Russia for the crime, a theory his own advisers have dismissed.

“They gave the server to CrowdStrike, which is a company owned by a very wealthy Ukrainian,” Trump said. “I still want to see that server. The FBI has never gotten that server. That’s a big part of this whole thing.”

When asked how he knows that, Trump replied only that people are talking about it.

The president in the wide-ranging interview also claimed that he knows the identity of the whistleblower who filed the formal complaint that spurred the impeachment inquiry.

“You know who the whistleblower is. So do I,” Trump told the hosts.

Trump said he didn’t believe U.S. House of Representatives Intelligence Committee Chairman Adam Schiff, a California Democrat, who has maintained that he doesn’t know the identity of the whistleblower.

“If he doesn’t, then he’s the only person in Washington who doesn’t,” Trump said.

Trump said he does not expect to be impeached, claiming Democrats have “absolutely nothing” incriminating, despite days of public testimony by witnesses who said Trump withheld aid from Ukraine to press the country to investigate his political rivals.

“I think it’s very hard to impeach you when they have absolutely nothing,” Trump said, adding that if the House did vote to impeach him, he would welcome a trial in the Senate.

Trump’s claim on Ukraine being behind the 2016 election interference has been discredited by intelligence agencies and his own advisers.

CrowdStrike, an internet security firm based in California, investigated the DNC hack in June 2016 and traced it to two groups of hackers connected to a Russian intelligence service — not Ukraine.

One version of the debunked theory holds that CrowdStrike is owned by a wealthy Ukrainian. In fact, company co-founder Dmitri Alperovitch is a Russian-born U.S. citizen who immigrated as a child and graduated from the Georgia Institute of Technology.

The president repeated his claim one day after Fiona Hill, a former Russia adviser on the White House National Security Council, admonished Republicans for pushing unsubstantiated conspiracy theories about Ukrainian interference in the 2016 presidential election.

“Based on questions and statements I have heard, some of you on this committee appear to believe that Russia and its security services did not conduct a campaign against our country and that perhaps, somehow, for some reason, Ukraine did,” Hill testified before the House impeachment inquiry panel. “This is a fictional narrative that has been perpetrated and propagated by the Russian security services themselves.”

Trump told “Fox & Friends” that “there was no quid pro quo,” in his efforts to push Ukrainian President Volodymyr Zelenskiy to open investigations of former Vice President Joe Biden and his son’s dealings in Ukraine.

The president’s assertion is at odds with sworn testimony by impeachment witnesses.