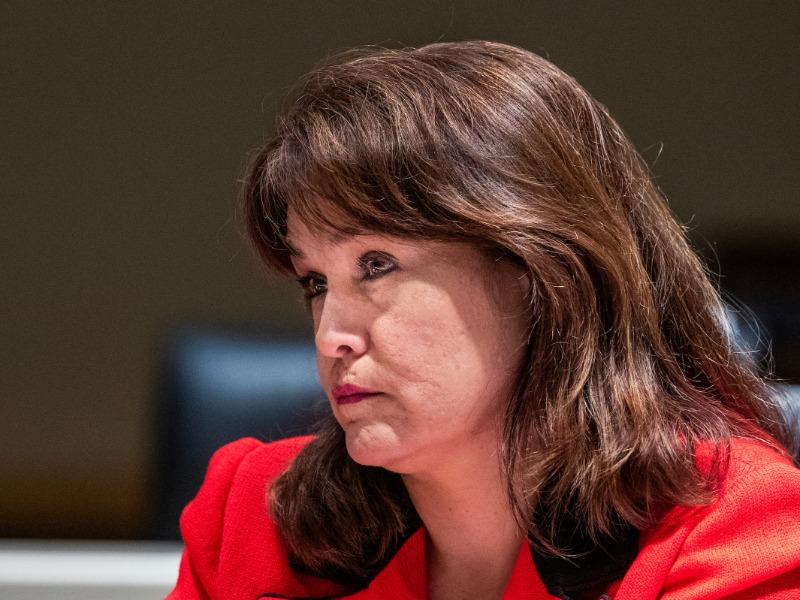 It should be an issue that is really about protecting our democracy.

Prominently featured on the CBS show “60 Minutes,” the Miami Democrat delved into how a Russian operation affected her bid for a South Florida congressional seat.

Hackers using the pseudonym Guccifer 2.0 stole a cache of documents from the Democratic Congressional Campaign Committee and made the information public. The documents included Taddeo’s internal strategy for her 2016 race. After the cyberattack, Taddeo lost a primary election for the seat.

A year later, Taddeo, a Colombia-born businesswoman, won a state Senate seat in a special election and won a full term in 2018.

The News Service of Florida has five questions for Annette Taddeo:

Q: You were recently featured in “60 Minutes” and talked about your experience with the Russian hack during the 2016 elections. Going into the 2020 election cycle, what concerns do you have about election security?

TADDEO: I am extremely concerned about the fact that one of the counties in Florida was specifically targeted and penetrated. I know we have not invested the resources that are needed to protect our elections. Secretary (of State Laurel) Lee has clearly heeded the warning that there’s a lot more that we need to do. There is no question in my mind that we will be targeted. I just want everybody to put aside their partisan hat and think of the fact that these countries that are our enemies don’t (care) about Democrats or Republicans. They may be trying to target Democrats right now, but that doesn’t mean it won’t be the opposite later on. This should not be an issue that becomes a partisan issue. It should be an issue that is really about protecting our democracy. The concern is in making sure that we are investing what we need because it’s going to happen. It is happening.

Q: On the topic of next year’s elections: A slew of Democratic presidential candidates will be on the 2020 primary ballot. Have you made a decision on who you will be supporting or endorsing?

TADDEO: I have not. I have stayed out of it because I really believe it is important for us to have a primary that speaks for itself. I may at some point decide to jump in, but as of right now I’m purposely staying out of it. I really want to make sure that we go through a primary process and hear all of them out, and may the best one rise.

Q: Since you will not be endorsing as of now is there any advice you have for Democratic presidential candidates as they try to sway voters in Florida?

TADDEO: There is a lot of advice I could give them. Certainly, when it comes to the Hispanic vote, which is a very coveted vote in Florida. Republicans have been good at working the margins. They just work enough Hispanics, enough Jews and enough African Americans to steal away tiny bits (of the electorate). And when you have elections being decided in such a huge state by less than 60,000 votes, those margins matter. Do I believe we will win the Hispanic vote? Yes. Will we get the majority of them? Yes. But again, once you get into the nitty-gritty of Miami-Dade County, for example, there’s such a huge number of Cuban Americans and just as big a number of non-Cuban Hispanics. It is going to be a big fight over them. And I think we need to be careful with (the word socialist). Wanting to make sure people have coverage for preexisting conditions, that people have health care, that people have an education, these are things that (Republicans) may think are socialist views, but they are not. They are very much American views. Please remember that a lot of them, when they’re trying to throw these terms, they’re really trying to reduce the voters from coming out. It’s not so much that they are going to win over these voters, it’s that they want to try to disincentivize them from being excited about voting for anyone. They are not necessarily trying to convince them to vote for (President Donald) Trump. They just want them to stay home.

Q: Let’s talk about another issue that has impacted Hispanics in Florida. This spring, Gov. Ron DeSantis prioritized a ban on sanctuary cities, a proposal you strongly opposed. This year, the Governor says he is going to prioritize E-Verify because he sees momentum in the Legislature to pass another immigration proposal. Do you agree there is momentum for this proposal? Do you think the bill will pass in the Senate next Session?

TADDEO: It might. I mean anything is possible as we’ve seen, especially with the Governor using (his position) as a bully pulpit. However, there are a lot of Republican-type backers who are already coming around, such as farmers who visited me yesterday, who say this is not something they want. I think you’re going to see a coalition of different groups not necessarily the traditional ones coming together with others (to fight the proposal). Sometimes there are bills that are pushed for messaging purposes and not necessarily because (a politician) truly believes they are going to go all the way through. I don’t know. I guess we’ll see.

Q: Are there any other issues you really hope to get done during the 2020 Legislative Session?

TADDEO: I have some pretty neat projects. One of them is really important to Miami-Dade County, and it is a bipartisan bill to test students who speak a foreign language in their native language. We literally ask these kids to take the (standardized test) in a language they don’t understand, and they are given a dictionary to figure it out. When you’re testing math, for example, or science, you are really testing their knowledge, not their language. We should give them the opportunity to really be tested. If we provide the test in Spanish and Creole, that would take care of 80% of our kids who do not speak English yet. I actually was one of those kids, and I am 100% one of the people that really believes that these kids need to learn English. This is not about learning English. This is about knowing where they are at. It’s really hard for teachers to continue to teach students if they’re not able to know where they are, how much they grasp science because of their English deficiency.