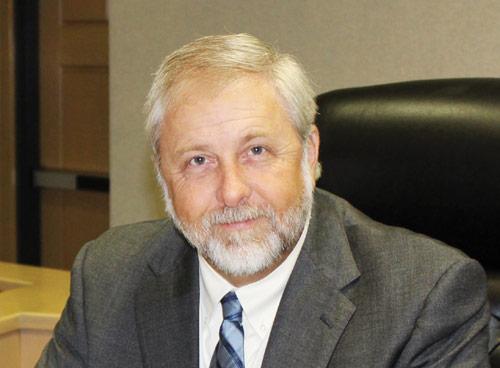 PSC Commissioner Gary Clark says there are more choices than ever in the communications sector.

Public Service Commissioner Gary Clark is set to begin a two-year term as Chairman of that body on Thursday.

“I am honored to serve as Chairman and appreciate the support of my fellow Commissioners. I am grateful for their confidence in my knowledge and experience to lead the PSC,” Clark said in a statement back in November after the Public Service Commission (PSC) elected him to serve as chair.

“Whether we’re dealing with electric, gas, or water issues, our duty to all Floridians is to ensure safe, reliable utility services at fair prices, and I am ready to work alongside my colleagues to make the best decisions for the future of our state.”

Before joining the PSC — which is designed to regulate the state’s investor-owned utilities — Clark worked as the Deputy Secretary of land and recreation at the Department of Environmental Protection.

Clark was originally appointed to the Commission by Gov. Rick Scott in 2017. He replaced outgoing Commissioner Jimmy Patronis, who had been named to the position of Chief Financial Officer.

Scott reappointed Clark to a full four-year term on the Commission in 2018. The Senate approved that appointment in April 2019. Commissioner are capped at serving three four-year terms.

Clark will hold the Chairman position for a two-year term. He replaces Art Graham, who will remain on the five-member Commission.