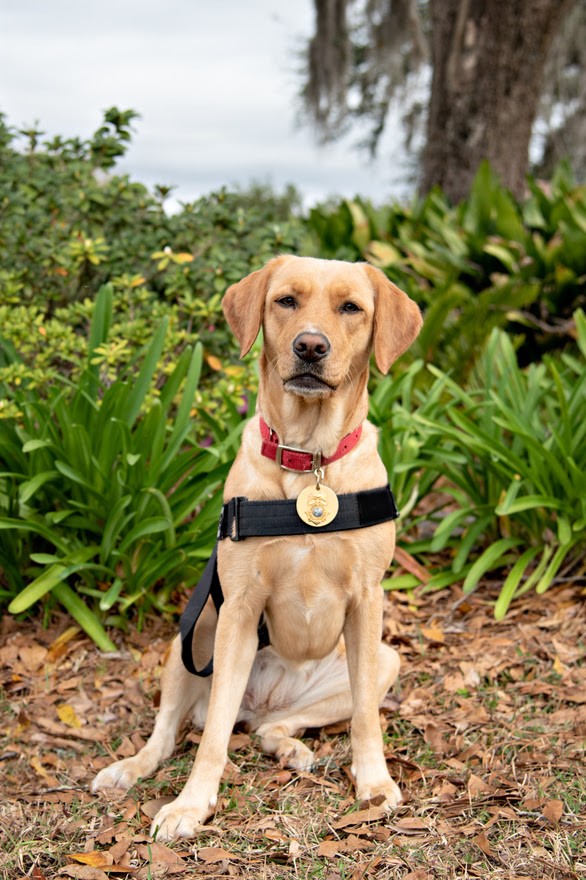 Police dogs wounded or injured in the line of duty could be given rides to a veterinary emergency hospitals in emergency medical services transports and ambulances, under a bill proposed by state Sen. Tom Wright.

Senate Bill 842 is the next effort by Wright to raise support for police K-9 dogs. Last year he was a co-introducer of Senate Bill 96, which increased the penalties for people who kill K-9s.

This year Wright wants to see Florida do more to keep them alive.

The Republican from Port Orange said it’s currently illegal for public EMS and paramedics to take K-9s to an animal hospital.

Since working on SB 96 last year, Wright has come to view K-9s through the eyes of their law enforcement officer handlers, as both partners and as family to those officers.

“I cannot imagine being a uniformed officer watching your partner perish because there’s some stupid law on the books that says no. We’ve got an ambulance here. We’ve got two paramedics. They’ve got lights and sirens. And we can’t take this animal to an emergency vet hospital? Give me a break,” Wright said.

“So the basic guts of the bill are: assuming that you’re not choosing the dog over a human. Human first. But otherwise, transport that animal,” Wright said. “They will be allowed, if the decision is made, to transport.”

Wright had been a paramedic on ambulance service in his 20s. He said paramedics and emergency medical technicians do have the training and resources necessary to offer basic life-support and other stabilizing treatment for dogs in such emergencies.

“What happens oftentimes now in that situation, these [law enforcement] officers don’t wait for the EMS. They just say, ‘To heck with you; I’ve got a squad car.’ But then there’s nobody in the back. There’s nobody putting compression on the wound if it is a bleeder or something like that,” Wright said.

SB 96, sponsored by Jacksonville Republican Sen. Aaron Bean, soared through the Florida Legislature last year after stories about K-9s that had been killed, notably a Jacksonville police dog named Fang. Those proceedings brought emotional testimony about the selfless heroism of such dogs, and about the love of their handlers.