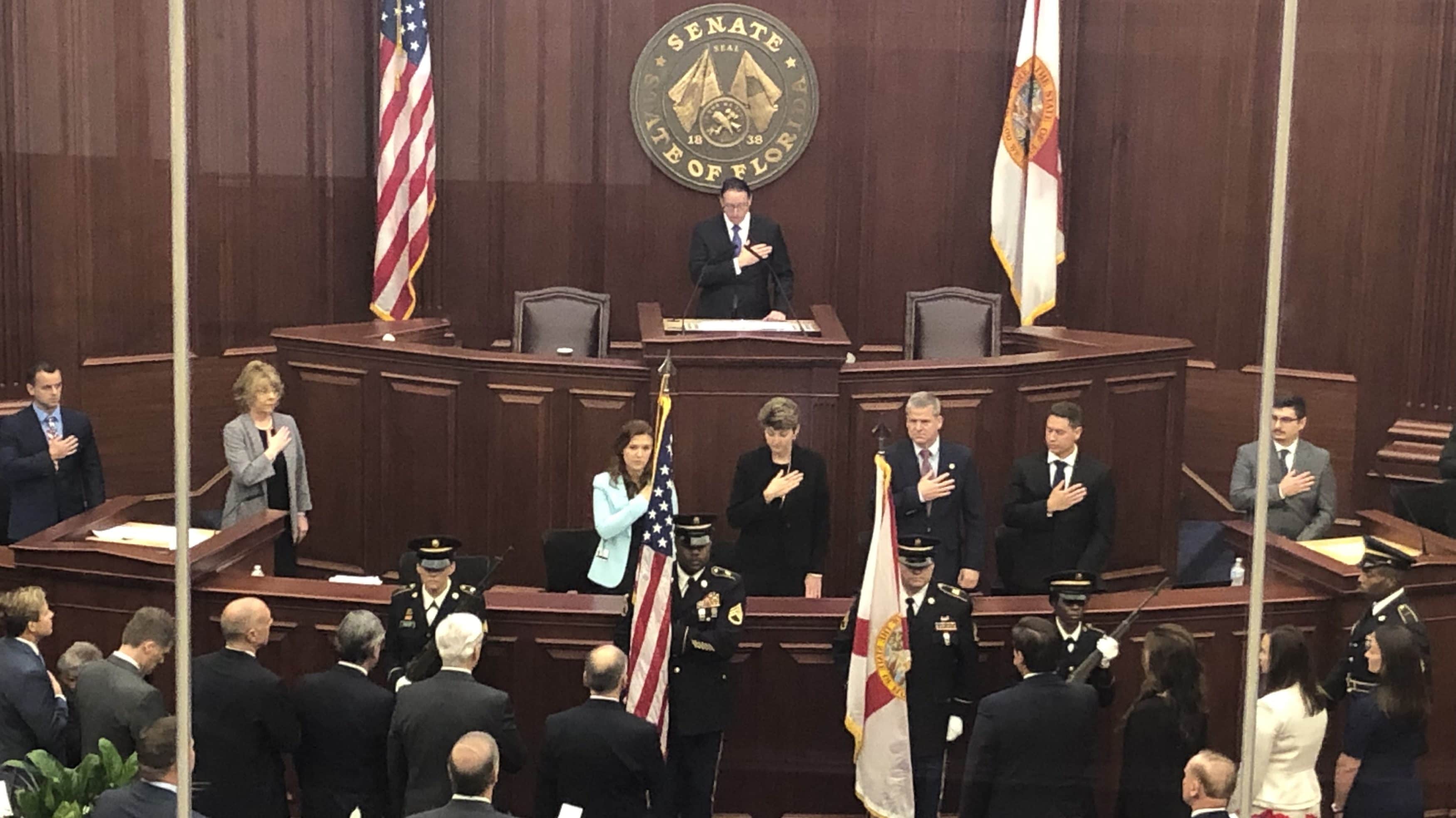 Senate President Bill Galvano honored the victims of the shooting at Naval Air Station Pensacola as he gaveled-in the Senate to start the 2020 Session Tuesday.

Galvano also delivered collegial remarks on the 60 days to come.

The Senate President recognized that this Session marks the start of a new decade and will set the tone for the coming years. He asked senators carry out the Session with focus, commitment and hard work.

“For my part, I will continue to do everything I can to facilitate the opportunity for each of you to carry the dreams, goals, and objectives of your constituencies to this process with fairness, respect, and candor,” Galvano said. “As I have reminded you before, each of you carries the responsibility for the hundreds of thousands of Floridians you represent, and those microphones on your desk amplify their voices. I respect that.”

Before sending Senate messengers to notify the House that the Senate had convened, Galvano left the Senate with a closing thought.

“As stated by Saint Mother Theresa, ‘Yesterday is gone. Tomorrow has not yet come. We have only today. Let us begin.’”

previousSunburn — The morning read of what’s hot in Florida politics — 1.14.20