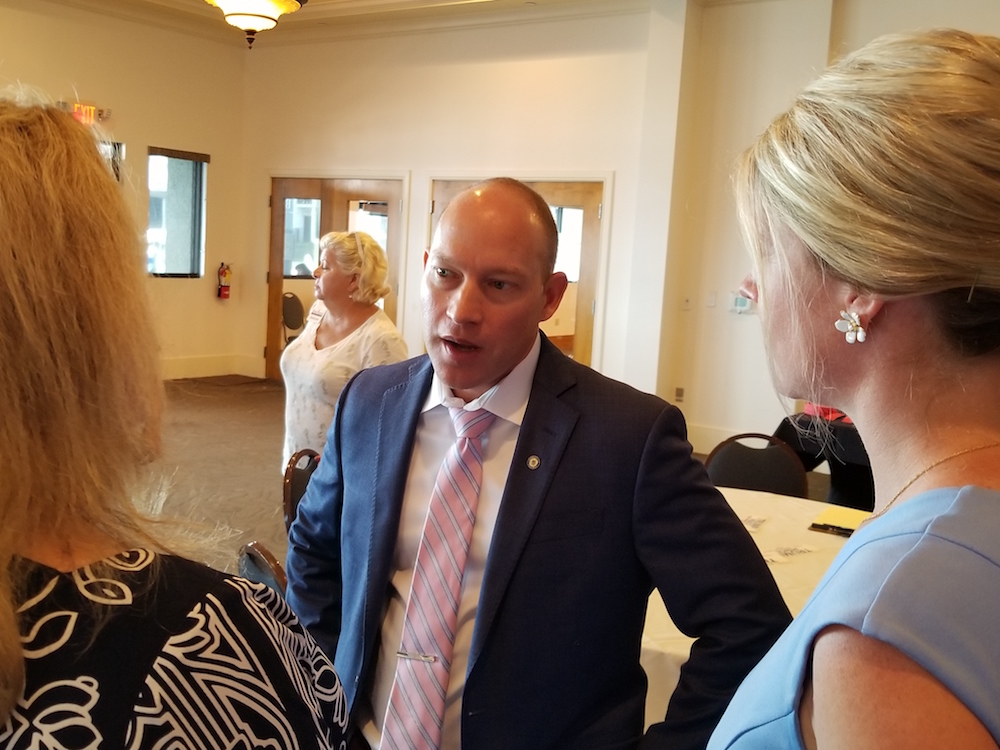 The lawmaker is accused of blocking Randy Scott, who called authorities over a post perceived as threatening.

Randy Scott, who runs the Facebook Group People of SWFL, said the lawmaker trampled his free speech rights by deleting comments posted on an official page.

The legal action notably comes shortly after the lawmaker called deputies to Scott’s home to investigate a Facebook message perceived as a violent threat. Deputies interviewed Scott but did not detain him or charge him with any crime.

But Scott said this lawsuit focuses on Roach’s online actions.

Scott writes in his lawsuit that on Jan. 8, Roach posted about a recent trip with other officials to the Fakahatchee Strand State Preserve. When several officials commented on the post, Scott made his own comments, which were subsequently deleted. Roach also blocked Scott from viewing the page.

The next day is when Roach called authorities on Scott over a post on People Of SWFL, alluding to a coming “reckoning” for the North Fort Myers Republican. The post alluded to a recent U.S. drone strike that killed Iranian Gen. Qassem Soleimani.

Scott said in his lawsuit that deleting Scott’s message and denying him access to his Facebook page deprives him of his First and 14th Amendment rights. “It imposes a viewpoint-based restriction on Plaintiff’s participation in public forums.”

Of note, the blocking of access and deleting of comments occurred on Roach’s state House campaign Facebook page. Since taking office, Roach renamed the page “State Representative Spencer Roach,” and he does not run a separate page for his official office.

Scott said he had taken legal action for similar reasons with the Lehigh Acres Fire District. In online posts, he has criticized efforts to build a fire station in the district. Roach is seeking $5 million from the state to support that effort. Scott said it’s unnecessary and noted Lehigh Acres voters last year rejected a fee hike to pay for it.

Scott also accused Roach of misrepresenting the size of the Lehigh Acres as 142 square miles instead of 92 acres to exaggerate the need.

When asked if he would drop the suit if Roach unblocked him on Facebook, Scott said he would not. He wants clarity from courts on whether government officials can apply more significant restrictions on speech made on social media platforms.

Roach did not immediately respond to a request for comment.