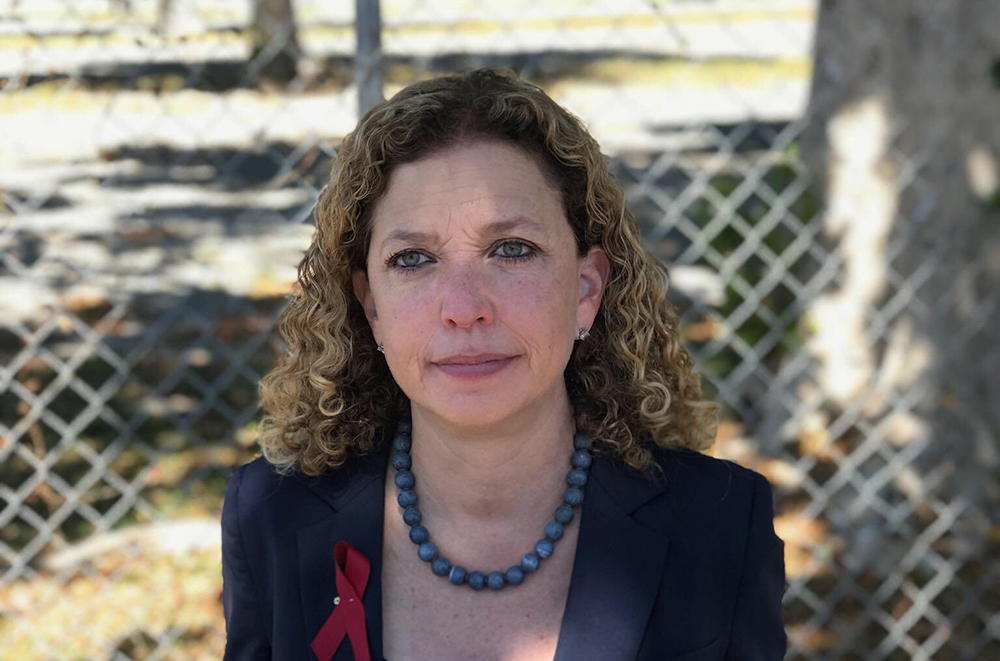 House Democrats have begun a formal investigation of the policy,

U.S. Rep. Debbie Wasserman Schultz is set to be part of a Congressional delegation that will visit the U.S.-Mexico border to review the effects of President Donald Trump‘s “Remain in Mexico” policy.

That policy requires individuals seeking asylum to stay in Mexico while waiting for court hearings to determine the strength of their asylum claim.

Previously, many of those migrants were permitted to stay in the United States, only to be returned to their home country if their asylum claim was found wanting.

But with several surges at the border in recent years, the Trump administration argues the shift in policy is necessary to secure the nation’s southern border.

Critics of the move — including many Democratic lawmakers such as Wasserman Schultz — argue those asylum-seekers are being forced to stay in dangerous areas of Mexico where they are not properly protected.

Those criticisms have led House Democrats to begin a formal investigation of the policy, even going so far as to claim it may be illegal.

Now, a delegation led by Democratic U.S. Rep. Filemon Vela of Texas will travel to the border to witness the conditions for themselves.

Wasserman Schultz released a statement Thursday noting she will be part of that group.

“This Administration has carried out truly cruel, inhumane immigration policies, and I need to see up close how these vulnerable asylum-seeking families are being treated in the name of American taxpayers,” Wasserman Schultz said.

“We are not living up to our obligations to properly consider asylum claims. Our nation can and must do better.”

The delegation will travel to Brownsville, Texas, and Matamoros, Mexico as part of the policy review.

Asylum-seeking migrants are not only told to remain in Mexico prior to reaching the U.S.-Mexico border. Reports have detailed that some 57,000 migrants who crossed into the United States have been returned to Mexico under the policy.

Prior to the program, U.S. officials had dealt with a surge of migrants, leading to overcrowding at some detention facilities. That led to reports detailing a lack of hygiene, food and mental health treatment at some of those facilities.

Democrats maintained those numbers were also inflated by the Trump administration’s hard-line immigration stance which aimed to ramp up detention of those violating the country’s immigration laws.