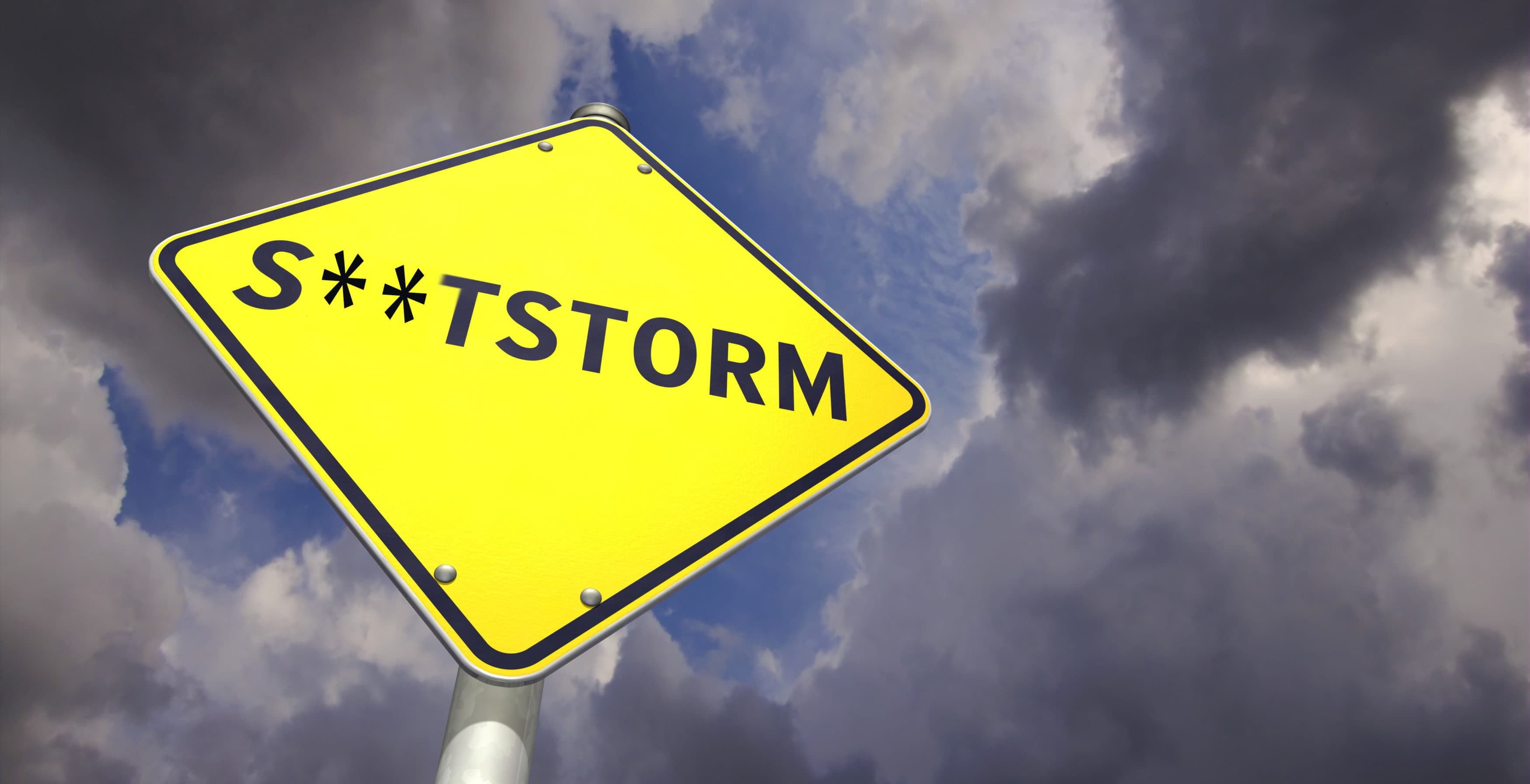 Is this putting our best foot forward?

Social media continues to evolve and change as abuses and misuses of these platforms occur.

It sometimes takes years for corrective action to occur.

Twitter recently announced no political ads. Facebook is up to its eyeballs in working out various issues with fake pages.

Instagram is beginning to remove likes for its users. They say it is to depressurize youth posting; it has become ridiculous regarding status, in a modern version of “cool versus uncool.” I hoped they would go the other way and have a dislike button — that would be cool.

Another morbid (and depressing) reality; I have several people that are friends on Facebook who are deceased. When their birthdays pop up every year, it is beyond depressing.

Facebook has a response for that though, you can now “memorialize” a page, a pretty cool way to honor that person after they are gone.

What is one thing these social giants cannot fix? Me and you.

It doesn’t matter who you are, if you have been on social media at some point in your life you have seen an online meltdown.

This week, in Florida’s political arena, the gloves came off in a Twitter battle between two elected officials. On Monday, when they should have been watching the national college football championship (like any good American), instead the pair went to war. It all started with a tweet from state Rep. Chris Latvala — who had met Al Sharpton that day (and posted a pic of the meeting).

Then, U.S. Rep. Matt Gaetz decided he was not a fan of Latvala’s tweet.

What transpired was (in my opinion) childish, as they traded ruthless jabs in a public forum — all in the open for constituents (and rivals) to see.

It was not very becoming of those we entrust to lead us.

Don’t get me wrong, some it was funny, most of it was not.

Is this putting our best foot forward? Is this who we are? Just a tweet away from losing it in front of the public?

You can read the gory details here. 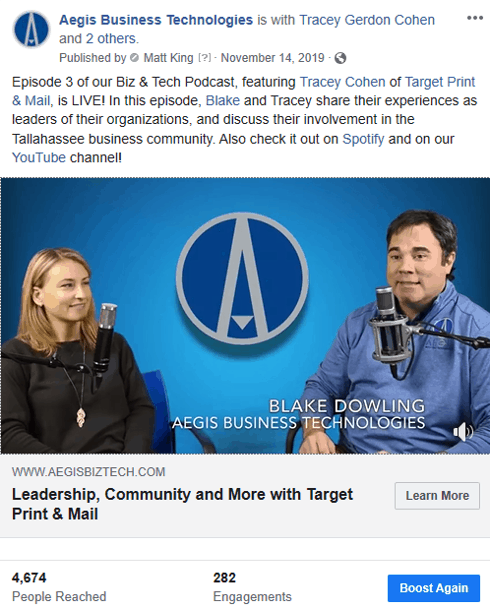 (You can check out this episode here.)

Speaking of college football, if you missed the story on Joe Burrow after his Heisman speech — that is how to do social media.

While accepting the award, Burrow mentioned the poverty in his Ohio hometown — and magic happened. An Ohio resident named Will Drabold created a Facebook Fundraiser page that night 31 days ago. Since then, $507,440 was raised by 13,838 people to benefit the Athens County Food Pantry.

Well done Joe and congrats on your title.

In Tallahassee, Sally Bradshaw, owner of my fave bookstore Midtown Reader, hit social media gold with her video on YouTube; bringing in over 100,000 views. Nice work.

While at Aegis, we are no Joe and we are not as cool (as in popular) as Sally, but we have a nice social presence on various platforms.

This post above reached almost 5,000 people so we can confidently call our podcast with Tracey Cohen from Target Print and Mail a success.

While some of our posts might be ridiculous, and some of the things I write (and post) may be a trigger for some (see last year’s column on marijuana).

However, I do my best to not engage with people who post angrily (or posting after a few cocktails). I just thank them for commenting and try and avoid online squabbling; it’s just tacky.

In Florida, it is a busy time: The start of a new year, the 2020 Legislative Session kicking off, elections looming and the Super Bowl coming. So, let’s all remember to embrace the good out there when possible.

(I am trying not to sound too Mary Poppins 2.0 here, but enough already; spare us your Twitter wars.) 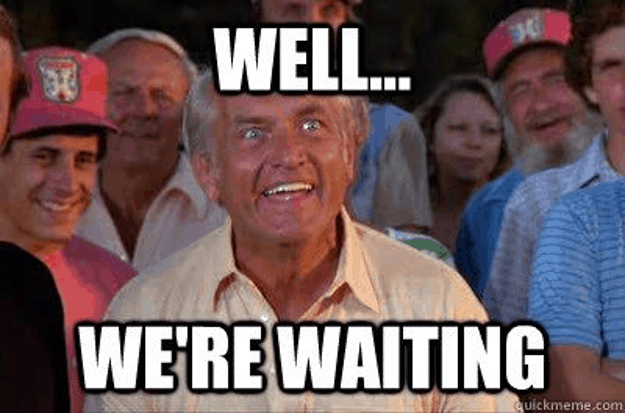 What the world does need is more sports nonsense? I bet my Seminole football fan friend (Greg Tish with 93.3) that LSU would win last night, and he took the ACC squad. The loser of the bet must tweet GO GATORS (in his case) all week long. Which he has yet to do.

Keep the web classy Florida and see you next time.