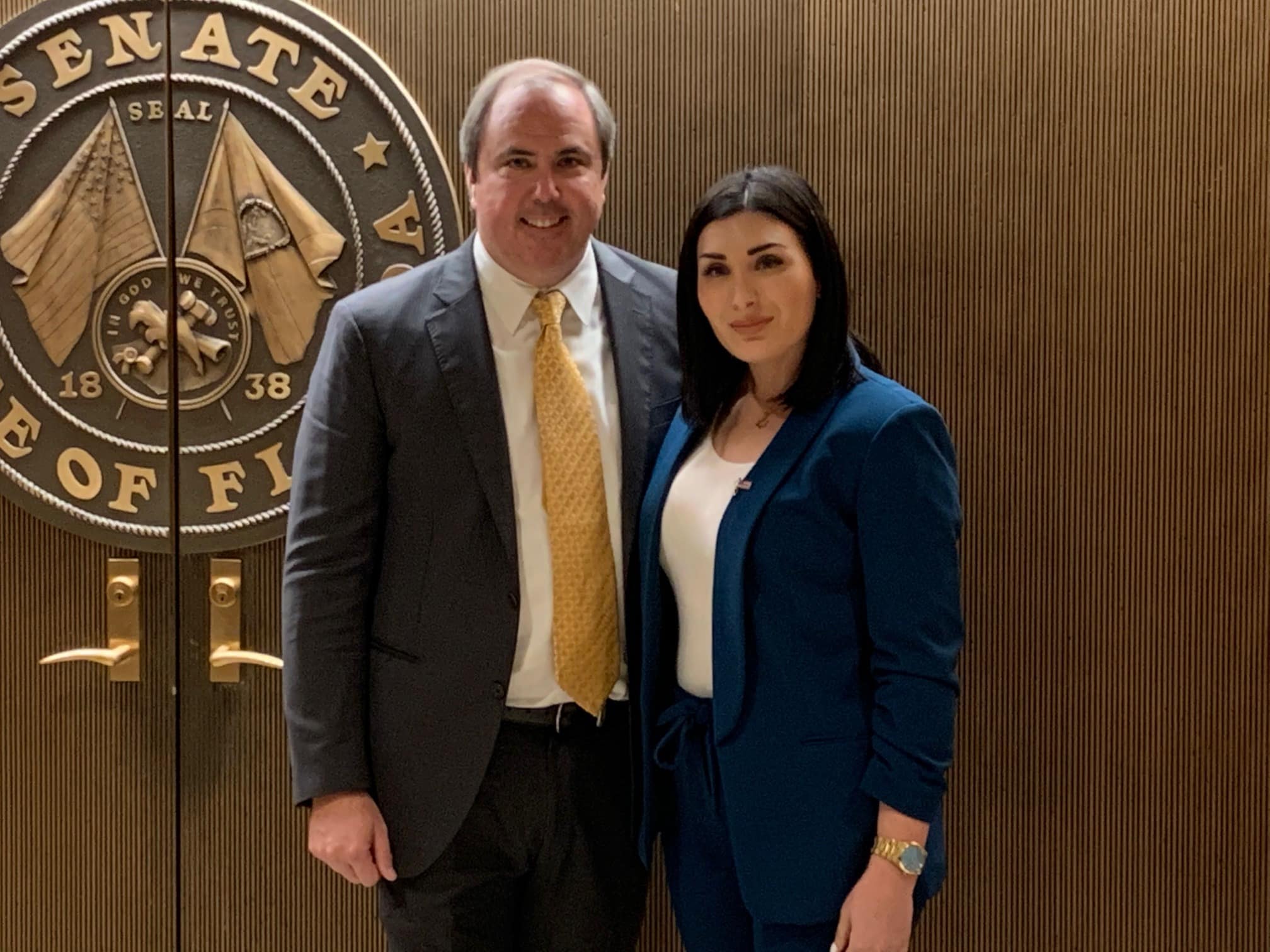 Internet provocateur Laura Loomer declared herself “the most banned, censored woman in the world.”

Speaking to the Florida Capitol Press Corps Tuesday, the self-described conservative investigative journalist said she got banned by every major media site “by telling the truth, by speaking facts, by speaking up in America where we supposedly have free speech.”

“But the story is not about me,” Loomer said. “It’s about every American. And what has happened to me can and will happen to all of you.”

State Sen. Joe Gruters, a Sarasota Republican, credited Loomer as one of the main inspirations behind his anti-censorship bill.

“The major social media websites have knowingly created a Digital Public Square,” Gruters said at a press conference with Loomer.

“The state has a compelling interest to ensure that the citizens are permitted to speak their religious and political opinions in any form.”

He has pointed to Loomer as a poster child for the bill. The South Florida-based blogger, he said, is one more business owner based here, but one threatened by “social media bias and banning.”

Gruters’ bill (SB 1266) would prohibit major social media platforms — those with 75 million subscribers or more — from censoring political or religious speech and open them up to $75,000 in statutory damages for every instance of blocking or banning expression.

While Gruters has said he believes conservatives get targeted with labels like “hate speech” with greater frequency than progressive, he said his “Stop Social Media Censorship Act” helps all Floridians. He noted U.S. Rep. Tulsi Gabbard, a Hawaii Democrat and presidential candidate, filed federal legislation with the same language.

State Reps. Randy Fine and Anthony Sabatini both attended the press conference in the Capitol rotunda.

Sabatini, a Howey-in-the-Hills Republican, called the issue “one of the most important bills” that lawmakers will debate.

“Social media is really the new town square for a lot of people. This is really the sole avenue for people to dispense information,” he told the Florida Capitol press corps.