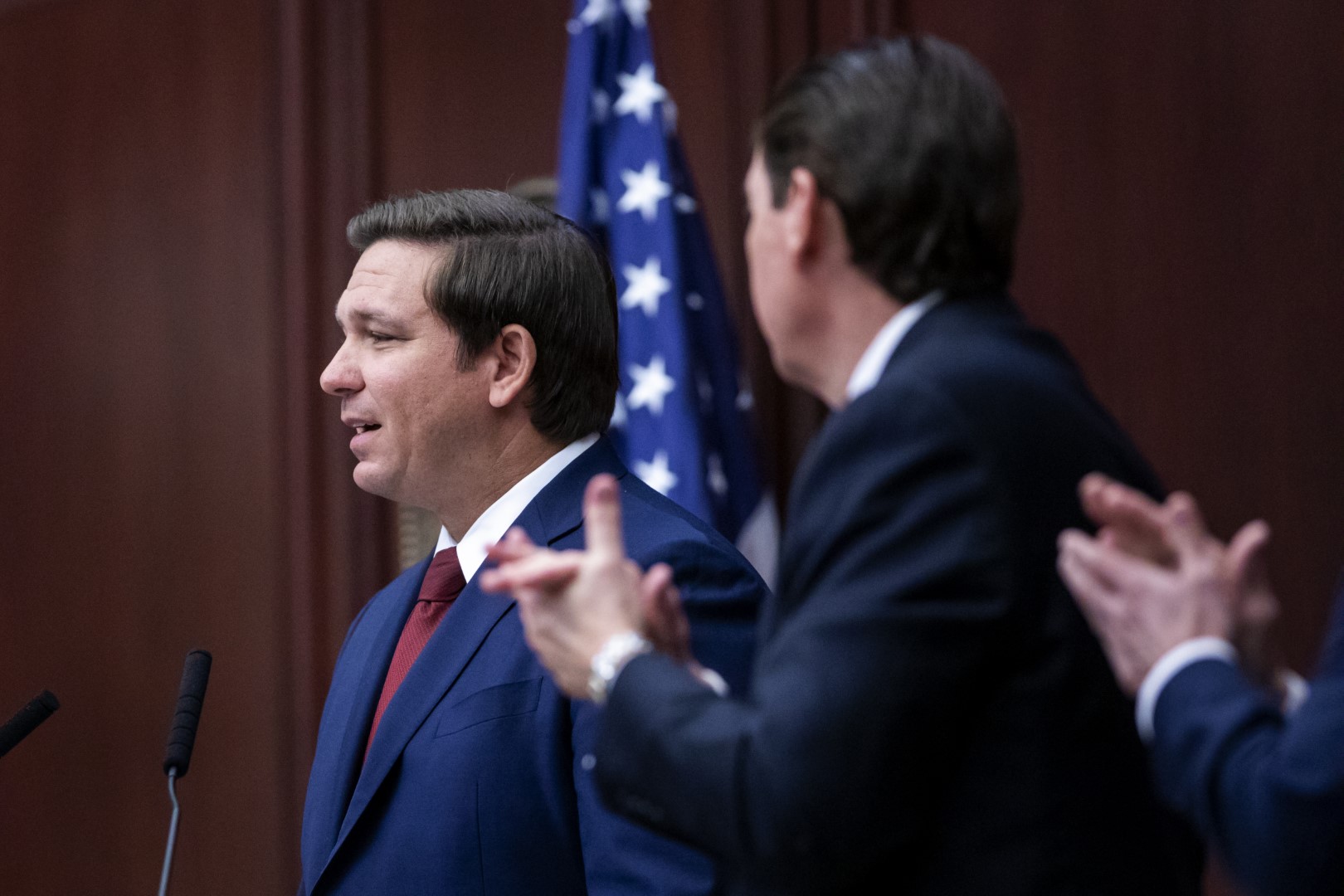 Some will say shoring up Galvano was a smart tactical move for DeSantis.

There were two newsworthy flickers of light this week in the darkness that envelops the Florida GOP.

One was a demonstration of principled independence on the part of Senate President Bill Galvano, and the second was an act of gracious friendship on the part of Gov. Ron DeSantis.

Galvano’s moment came when he doubled down on both his opposition to imposing E-Verify on Florida businesses and his support of closing the gun show loophole in background checks.

In fact, reasoning enrages them as a matter of principle. Sparing no effort to winkle illegal immigrants out of the workforce and obstructing any attempt to reduce gun violence are dogma from which no departures, however modest, are permitted. None.

Consequently, Galvano’s heresy galvanized the Populist Thought Police. Not one doctrinal deviation can go unpunished lest it becomes a precedent.  The ubiquitous Matt Gaetz, the insufferable Donald Trump Jr., and others of similar disposition and influence assailed Galvano in the usual right-wing forums, not only dismissing his positions on these two issues out of hand but casting aspersions on his personal integrity as well. And, of course, the National Rifle Association’s Marion Hammer came off the top rope with her standard apocalyptic hyperbole. On cue, right-wing social media heated up.

That is when DeSantis’ moment came. He had three options: Put the boots to Galvano on the down-low; do nothing and husband his political capital; or throw Galvano a lifeline. He chose to throw him a lifeline despite the fact that E-Verify is one of his priorities in the current Legislative Session and despite the fact he opposes the background check legislation.

He did so without reservation, attesting to Galvano’s conservative bona fides and his loyalty to Trump. Plus he added a personal flourish.

“He’s a friend of mine,” DeSantis said. And do not think this was a freebie for DeSantis, his 68% approval rating notwithstanding. He, too, is taking some social media flak for embracing Galvano, particularly from the gun cultists.

Some will say shoring up Galvano was a smart tactical move for DeSantis. After all, Galvano is the Senate President, and DeSantis will need his cooperation on other important issues when push comes to shove at the end of the Session.

But I think this explanation is too cynical and too superficial.

A weakened Galvano would be more vulnerable and might be more malleable than a merely grateful Galvano, and his Senatorial colleagues might be less inclined to stand shoulder to shoulder with him when the going gets tougher in a few weeks if he was a political pariah to the slack-jawed fanatics who dominate Republican primaries these days.

No, the smart move for DeSantis, the ruthless move, might have been to stir the right-wing pot with surrogates and unsourced quotes and bleed Galvano white while publicly acting like butter wouldn’t melt in his mouth. But to his credit, DeSantis did not take the low road.

Perhaps I am being uncharacteristically naive, but I choose to believe two fundamentally honorable and decent men acted honorably and decently. The fact that this is remarkable, that it is seen to be courageous in today’s political environment, is testimony to the moral bankruptcy of the Trump GOP in Florida and a reproach to the collaborators and cowards who infest it.

nextJustices back away from major death penalty ruling