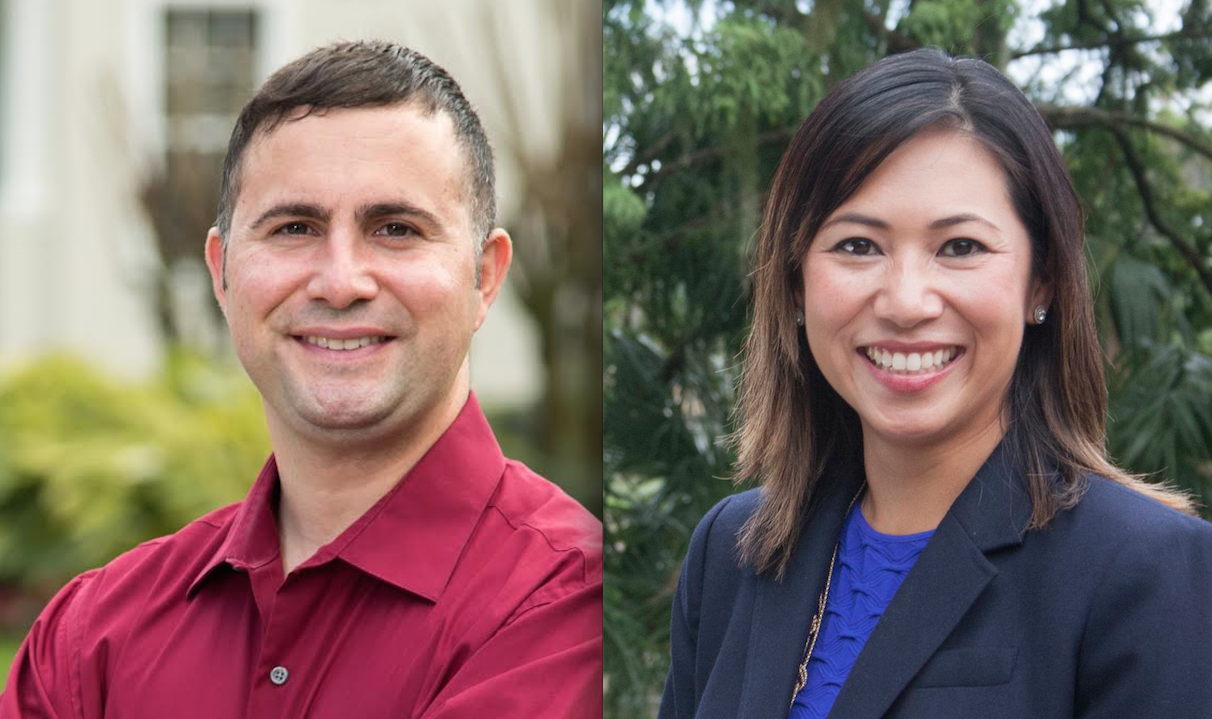 After being evicted last year, congressional offices of Democratic U.S. Reps. Darren Soto and Stephanie Murphy are headed back into the Orlando Veterans Affairs Medical Center in Lake Nona.

However, their office in the hospital is gone, and they’ll be providing constituent services to veterans from a table in a hallway a few days a month.

In a news release Wednesday, Soto and Murphy characterized the result as a compromise solution, after months of negotiations, and accepted that it would allow them to renew providing what they always asserted was critical assistance to veterans inside the hospital.

They and Republican Rep. Brian Mast, who staffed an office in the West Palm Beach Veterans Affairs Medical Center, which he shared with Democratic U.S. Reps. Alcee Hastings, Lois Frankel, and Ted Deutch, received notice from the U.S. Department of Veterans Affairs last summer that the VA was taking back the offices the congressional members used to serve constituents, and evicting them, by the end of 2019.

That led to a bitter fight between the members and the VA, with Mast and Soto, in particular, charging that the VA was tossing them out because they were providing oversight of VA operations that made the federal agency uncomfortable.

The VA contended that it simply did not have available space and needed the rooms for medical services.

Mast of Palm City and Soto of Kissimmee even introduced a bill, HR 2846, that would require the VA to allow congressional field offices in its hospitals if a lawmaker requests one and the hospital has space. The bill has picked up a bipartisan group of 44 additional cosponsors including Murphy and seven other Florida members but has gone nowhere.

Mast, a disabled veteran himself, has received no such deal.

“Our presence inside the Orlando VA provides veterans in central Florida with a convenient location to seek assistance from my office. Removing congressional offices from this facility would have created more barriers for veterans to receive constituent services and jeopardized their ability to cut through bureaucratic red tape. That’s why I’m glad we worked with the Trump Administration to settle this issue and focus on what matters most, which is helping veterans in our community access all of the services and benefits they have earned,” Murphy, of Winter Park, stated in a news release.

“While I am deeply disappointed that our service hours at the VA are being decreased from twice a week to twice a month, my office is more dedicated than ever in supporting our veteran community,” Soto stated. “We are here to help with all veteran-related casework from the start all the way until the end. In addition to the VA, my staff has expanded their outreach efforts to include weekly veteran hours in Osceola and Polk County. We’re here and ready to serve!”

Murphy and Soto previously occupied an office with just enough space for a small desk and several chairs. It was next to a coffee shop and other Veteran Service Offices that provide services to veterans, including Disabled American Veterans, American Veterans, and the American Legion.

Murphy’s and Soto’s press release points out that the Orlando VA hospital continues to allow other non-health care service offices to have a permanent presence at Lake Nona.