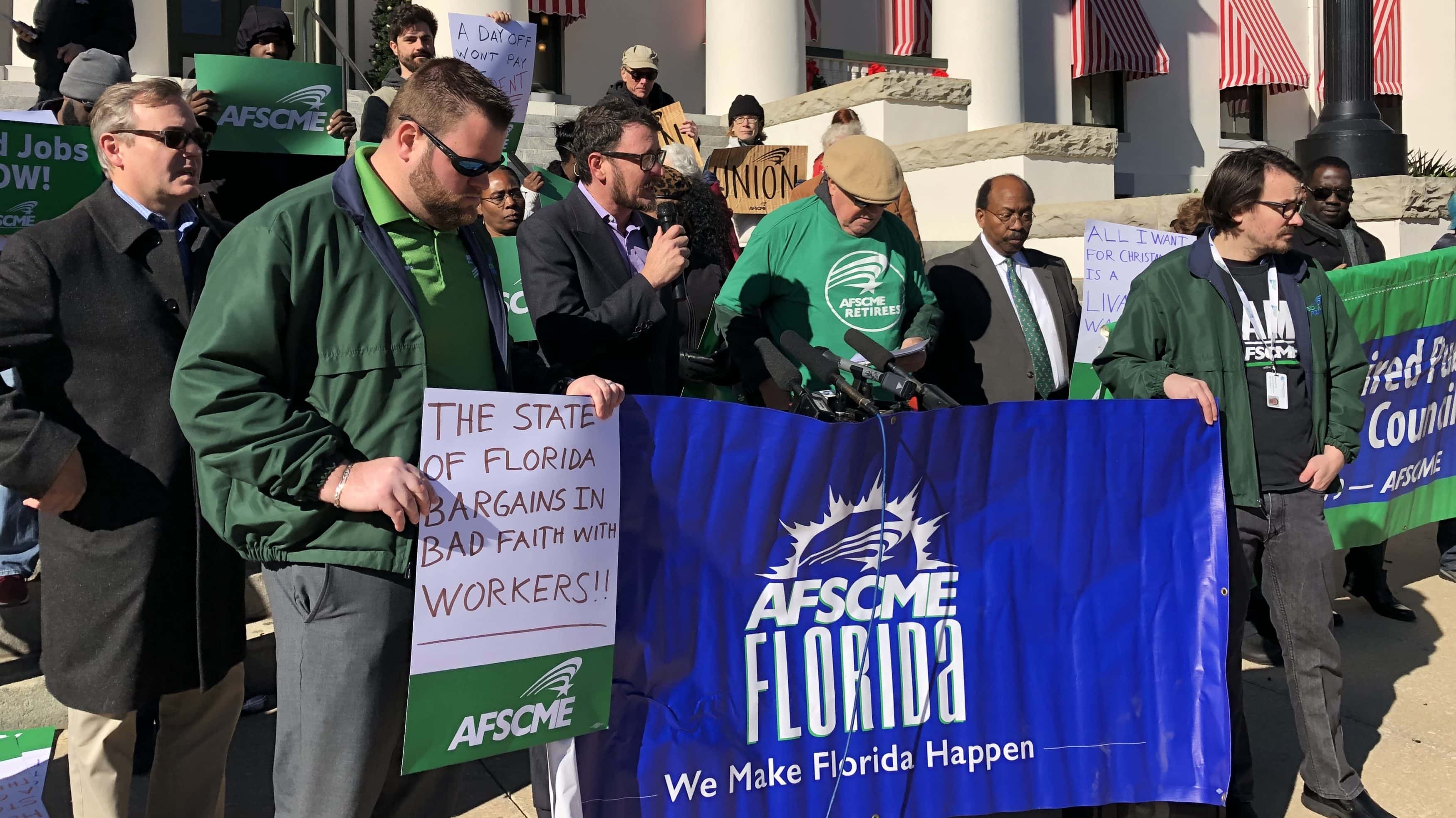 The Senate wants 3% across the board, the House wants $1,800 for the majority of workers.

Editor’s note — This post was originally published Thursday and has been updated.

The House and Senate’s budgets, filed Thursday, propose pay raises for most state workers, but don’t agree on how to do it.

The Senate’s plan offers a 3% pay raise for all state workers, the first proportional raise in recent memory. The budget also outlines that the minimum increase will be $1,000 if a 3% increase would fall below that.

Senate President Bill Galvano touted Thursday his chamber’s proposed pay raise in a statement after the budget dropped. And Appropriations Committee Chair Rob Bradley joined the Bradenton Republican, calling the pay raise a commitment from the onset of the Session.

“This year, one of our commitments from the onset of our budget planning was to invest in a salary increase for our state employees,” Bradley said. “In addition to an across-the-board raise, the Senate budget ensures that the increase in the cost of state employee health insurance is fully funded by the state.”

“This budget also includes an increase in annual salary for state employees making less than $50,000 per year.”

“It’s huge. We are ecstatic,” Carmona said. “I don’t think ever before, to my knowledge, has there ever been a 3% across-the-board wage increase for state employees included in any budget, House or Senate.”

Following House leadership’s Saturday press release, she added that AFSCME Florida would prefer an across the board pay raise that offers the most for the union workers. However, the majority of the union’s workers make far less than approximately $37,000 annually.

“But it would just exclude a large amount of employees as well.”

AFSCME Florida proposed a 5% pay raise in contract negotiations with the Department of Management Services (DMS), which are currently at an impasse. But that rate was merely the union’s starting number. DMS has refused to give counteroffers with a fiscal impact because they say that responsibility falls on the Legislature.

But Republican Sen. Ed Hooper, during a committee last week for briefings on DMS and employee negotiations, was troubled that all unions’ starting offers were still on the table without counteroffers.

Mike Brennan, a negotiator for the Florida State Fire Service Association, was grateful for the proposed raise, but it falls far short of the 8% — even if spread over multiple years — his union is asking for.

“Considering the fact that how much the state employees have had to shoulder their burdens and the loss of pay since they took away cost of living increases, this is a step in the right direction, but still not going to cover anything,” he said.

Florida has consistently ranked among the bottom tier of state employees per capita in recent years. The Sunshine State also ranks among the lowest in average state employee salary.

“The problem is now, being a state worker, to heck with that,” Brennan said. “We’re looking at cities, municipalities and other places because the state can’t offer. They can’t survive.”

And the budget does not include a cost of living allowance, another state employee request. That function was pulled in 2011, but Tallahassee Democratic Sen. Bill Montford filed a bill (SB 1114) this Session to reinstate it.

“We don’t have the spending power, you don’t have the capability to sit there and meet the demands of what goes up, especially depending upon where you are here in the state,” Brennan said.

The House’s plan also calls for an additional $1,800 for correctional officers.