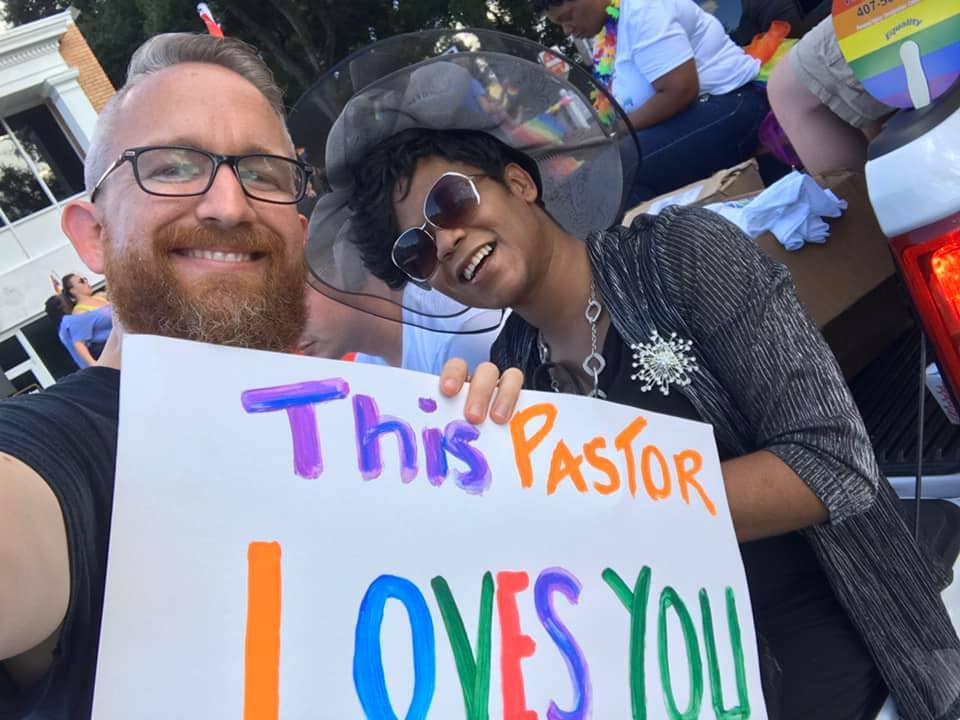 The St. Petersburg pastor’s remarks touched on several issues Republican lawmakers either do not support or actively work against including LGBTQ protections, living wages, and reproductive rights.

His jaw-dropping comments were the talk of Tallahassee for the rest of the day as members, the majority of whom are Republicans, saw the invocation as a politically-motivated speech rather than the traditional inspirational message lawmakers normally hear during symbolic invocations.

The remarks could also land Rep. Jennifer Webb, a Democrat from Gulfport, in hot water. Webb sponsored Oliver’s invocation and he was there at her behest.

No one has said directly, but the House has a track record for handing down retribution to lawmakers who have upset the natural order of business in Tallahassee.

House Speaker Jose Oliva did not immediately respond to a request for comment.

“I apologized to the Speaker and my colleagues for Pastor Andy’s decision not to follow the rules,” Webb said. “I was excited to bring in Pastor Andy because he is a well-regarded religious leader from my home county. His church is known to be an inclusive space that brings together a myriad of people, something I value on a personal level.”

But it was those rules that prompted Oliver to go rogue in the first place.

Oliver said he received, just 24-hours before he was scheduled to deliver the invocation, a revised set of guidelines for his prayer.

The new rules specifically banned advocating issues. The previous rules, for which Oliver had already been provided and wrote his initial remarks based upon, specifically allowed advocacy.

“The idea of saying a prayer that doesn’t advocate is nonsense. The very essence of a prayer is to advocate,” Oliver said of his decision to go off script and out of bounds.

His original prayer had similar themes, he said. It included advocacies for marginalized communities and the same call for quiet contemplation to hear the voices of those often forgotten. But it’s pointed critique of politicizing individuals seeking protection had been absent.

“The different people that I lifted up are all people that are specifically marginalized by many of our state laws and practices and they need to be at the center of our conscience as we are gathered in this body to make laws,” Oliver said. “So my role as a pastor is to come into that space for two minutes and to raise the conscience, remind lawmakers of the people they represent. The people they represent are not just the people who write the biggest checks.”

Oliver’s comments took many in the House by surprise as he delivered a straight forward rebuke on Tallahassee politics.

“How is it, oh God, now too political to advocate for the working class and for those living in poverty, folks who increasingly can’t afford Florida? Why is it too political to pray for our teachers and state employees to be paid enough for food on their tables and roofs over their heads,” Oliver began his two minute prayer.

He went on to ask similar questions about climate change, clean water, white supremacy, LGBTQ equality, abortion rights and just about any contentious policy one might conjure when thinking of Florida lawmaking.

“Remind us, oh God, that you did not create the marginalized and oppressed political, but all your children you created in your image and you called them good. We lost our way when we chose to politicize their very existence,” Oliver said.

“If we’re not affected by minimum wage or threatened with deportation, if we can afford health care or if the color of our skin or the faith we practice or the person we love doesn’t dictate how we are treated, then it’s easy for us to politicize the lives of others. So forgive us we pray, embolden us to speak out for the vulnerable, quiet us to listen to their voices, convict us to put your people before party and liberate both the oppressed and the oppressor in your longing for beloved community,” Oliver concluded before the requisite “amen.”

Oliver is well-known in the Tampa Bay area for his often controversial actions and statements. He spoke out publicly when the United Methodist Church governing body decided not to overturn its long-standing ban on same sex marriage. He supported a move to split the church into two denominations — a traditionalist sect that continues banning same-sex marriage and one that allows it.

He also found himself in hot water when he officiated a same sex wedding, an act the church bans. The ceremony was not on church property, but Oliver authorized a celebratory statement on the church’s marquises congratulating the brides.

Webb knew about Oliver’s inclusive views, but didn’t expect such a controversial prayer.

“My actions as a Legislator show me to be a member that values coming together across differences to forge legislation that is good for all families in Florida. I look forward to focusing my time here on doing just that,” she said.