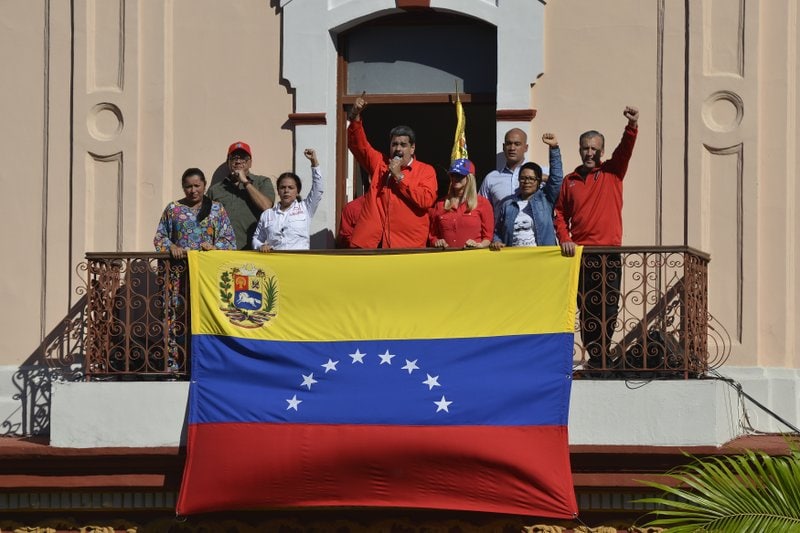 A U.S. law firm that was hired for $12.5 million by a top ally of Nicolás Maduro has decided to quickly dump the controversial Venezuelan client amid a major outcry by critics who accused it of carrying water for a socialist “dictator,” The Associated Press has learned.

Florida Republican Sen. Rick Scott immediately decried the move, saying in a letter to the firm that he would urge his Senate colleagues to follow his lead and boycott the firm until it cut ties with the “dangerous dictator.”

Three people familiar with the matter said Friday that Foley was withdrawing from the case. They spoke on the condition of anonymity because they aren’t authorized to discuss the matter.

“I hope the last few days will serve as a lesson to any other lobbying firms, consultants or organizations that if you support Maduro and his gang of thugs I won’t stay quiet,” Scott said in an emailed statement to the AP.

The outreach by Maduro’s government had come as U.S. support for opposition leader Juan Guaidó, whom the U.S. recognizes as Venezuela’s rightful president, has come under fire.

A year into the U.S.-backed campaign to oust Maduro, the embattled leader has successfully beaten back a coup attempt, mass protests and punishing U.S. sanctions that have cut off his government’s access to western banks.

Stryk, a winemaker and former Republican aide who unsuccessfully ran for mayor of Yountville, California, is one of the top lobbyists in Donald Trump’s Washington.

A former unpaid Trump campaign adviser on the West Coast, his firm, Sonoran Policy Group, had no reported lobbying from 2013 to 2016 but has billed more than $10.5 million to foreign clients since the start of 2017.

Like Venezuela, many of the clients have bruised reputations in Washington or are under U.S. sanctions, such as the governments of Somalia, the Democratic Republic of Congo and Saudi Arabia’s Ministry of Interior, which signed a $5.4 million contract in May 2017.

Muñoz’s contract with Foley, for a flat fee of $12.5 million, extended until May 10. Stryk’s share of the deal, as a consultant, was $2 million.

Foley said in its filing that it received slightly more than $3 million in initial payments on behalf of Muñoz from what appear to be two Hong Kong-registered companies. Its work will also include discussions with officials at the U.S. Treasury Department and other U.S. agencies regarding sanctions against the Maduro government.