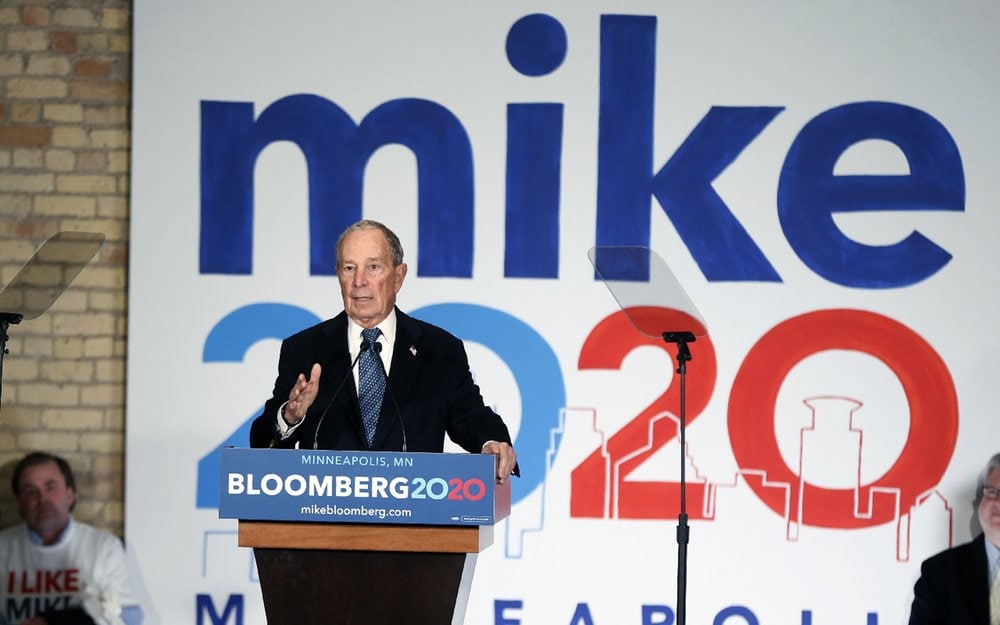 The campaign announced other endorsements Tuesday from Mayors in cities ranging from Anchorage, Alaska, to Douglas, Arizona, to Albany, New York.

Bloomberg’s campaign has been among the most active in Florida, flooding the state with local TV commercials and campaign activity announcements as other Democrats have largely focused on early caucus and primary states. While Florida’s March 17 primary appears to be former Vice President Joe Biden‘s to lose, Bloomberg has emerged as his top challenger in the Sunshine State.

“Mike knows that when the rubber hits the road, it’s Mayors who get the job done,” James wrote in a news release issued by Bloomberg’s campaign. “He knows that local leaders look past partisanship and focus on results. It’s exactly what Mike did in New York to great acclaim and what he’ll do as President. It’s high time we brought this kind of approach to the White House, and if anyone’s up to the task, it’s Mike.”

“Access to high-quality public education is fundamental to building strong communities,” Weisman said. “Mike Bloomberg believes that every American should have the type of education that will enable them to achieve success. As a Mayor, graduation rates in New York City rose by 42 percent. It’s an amazing outcome, and it’s just one of the many incredible successes of his mayoralty. And just as Mike made a big difference in New York, he’ll bring that knowledge, experience, and vision to the nation. He will work to unite us and he will get the job done.”

“As a former New Yorker and a graduate of the Bloomberg Harvard City Leadership Initiative for Mayors, I am proud to endorse Mike for President,” Brook said. “He has a great affirmative vision for this country that sees beyond party to lift all of us up, and his ability to connect the dots and get big things done is truly unsurpassed.”