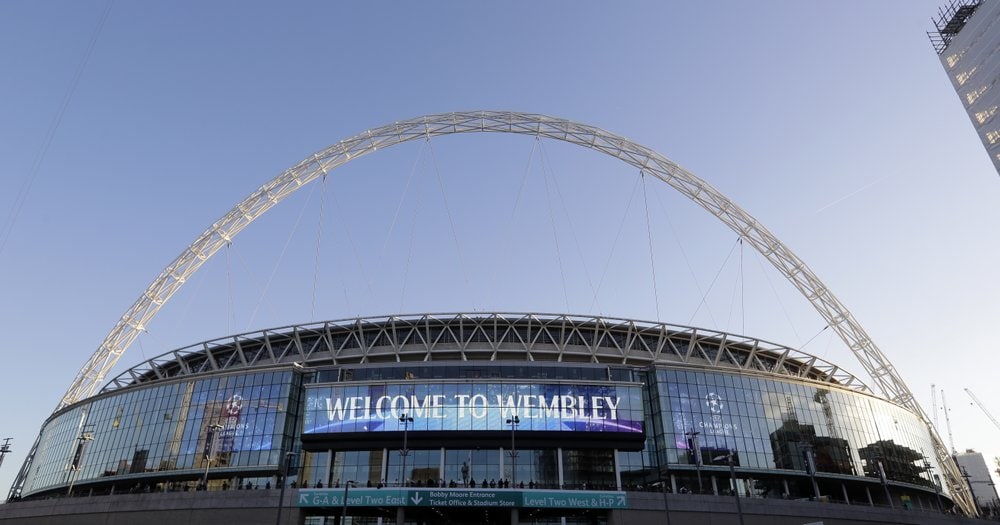 Dates and opponents were not announced.

The Jacksonville Jaguars have long-term plans in place to generate more revenue. They expect to break ground on an entertainment district adjacent to their aging stadium this spring and eventually hope to develop the shipyards along the St. Johns River.

Both are years from completion.

In the meantime, the Jaguars have found a short-term solution: another home game in London.

Jacksonville announced Tuesday it has reached an agreement with the NFL to play consecutive home games at Wembley Stadium next season, doubling the franchise’s overseas income and potentially strengthening its foothold in a market the NFL wants to expand.

Fan reaction surely will be mixed, at best.

“My expectation is that it should be very positive,” said owner Shad Khan, adding that he doesn’t believe playing two games abroad puts his team at a competitive disadvantage. “Everything we’re doing helps the city, helps us. And that’s what you need a small-market team to do to get on competitive footing with … all the big-market teams.”

The Jaguars will play back-to-back games at Wembley to bolster revenue during “a period of significant change within the league,” team President Mark Lamping said. Dates and opponents were not announced. Jacksonville protected home games against Pittsburgh and Chicago, so those teams will play at TIAA Bank Field.

Lamping said the recent relocation of the Chargers, Raiders and Rams will move all three out of the NFL’s bottom fourth in local revenue. Jacksonville remains there, searching for ways out.

“Makes our path here exiting the bottom quartile of the league more challenging, but we believe achievable,” Lamping said.

The Jaguars have played a “home game” at Wembley every year since 2013 and is under contract to do so through 2020. Khan and Lamping expect to extend the contract. It’s unclear whether the next deal will include two games annually abroad.

“I’m a big believer in you judge by actions and not just by words,” Khan said. “We’ve talked about possibly playing two games (in London). But we’re not the sole judge here or the decision-maker. I think it has to make sense for the league, which ultimately decides. But right now this is just about two games this season.”

The NFL is considering moving to a 17-game, regular-season schedule under the next collective bargaining agreement, a change that could help the Jaguars and other clubs play at varying venues without penalizing fan bases accustomed to attending the same number of games a year.

Jacksonville insists playing an extra game in London will help alleviate some financial concerns while “Lot J” is being developed. Khan is sharing the cost of the $700 million project in the main parking lot adjacent to the stadium.

The proposal calls for an entertainment district that includes restaurants, bars, luxury condominiums, an office tower and a five-star hotel. The renovated area could revive downtown Jacksonville and position the area to host “world-class events.” The shipyards are next on Khan’s to-do list, followed by a significant stadium renovation.

“We need to continue to do more. We can’t do this overnight,” Lamping said. “These games in London will provide us with financial benefits during a much-needed time during the transition from where we are today until we open Lot J.

“We’re more confident than ever that we can be the catalyst to help the Jaguars and the city of Jacksonville realize our full potential.”

Jacksonville, which has failed to regularly fill its stadium over the past 20 years (15 losing seasons), more than doubles its single-game revenue by playing overseas.

Jacksonville’s ticket, television, sponsorship and stadium revenue streams are smaller than those of NFL teams in larger markets. Earning money in London helps offset some of the disparity, and the game remains a critical part of the team’s long-term plan.

The franchise got extended marketing rights in the United Kingdom when it signed its deal with the NFL in 2013 and even has an office and a 50,000-member fan club in London. The Jags credit about 11% of their local revenue to playing annually abroad. They expect that number to jump significantly with two games there.

While some assume that playing an additional game in London is the next step in Jacksonville moving there, NFL Commissioner Roger Goodell said last week before the Super Bowl that he’s skeptical about the logistics of having a permanent team overseas.

“The issue for us still is: Can we do this competitively for the team that is based there but also for the 31 other clubs?” Goodell said. “That involves scheduling, it involves a lot of other matters that you don’t want to compromise. And until we can get comfortable on that, I don’t think we’ll be NFL-ready in London.”

With other NFL teams wanting the financial boost that comes with playing in London, Khan tried to improve Jacksonville’s position there by bidding to buy Wembley in 2018. He eventually withdrew his offer after recognizing the extent of opposition to the sale.

Khan insists the move was never intended to create a potential relocation spot, but rather a way to gain more control over American football in the burgeoning market.

Khan remains open to buying Wembley if it were to end up back on the market.

“Make no mistake: Winning is the top priority,” Khan said. “Everything we’re striving to do for the franchise and the city is about winning and about building a franchise that’s expected to win consistently.”