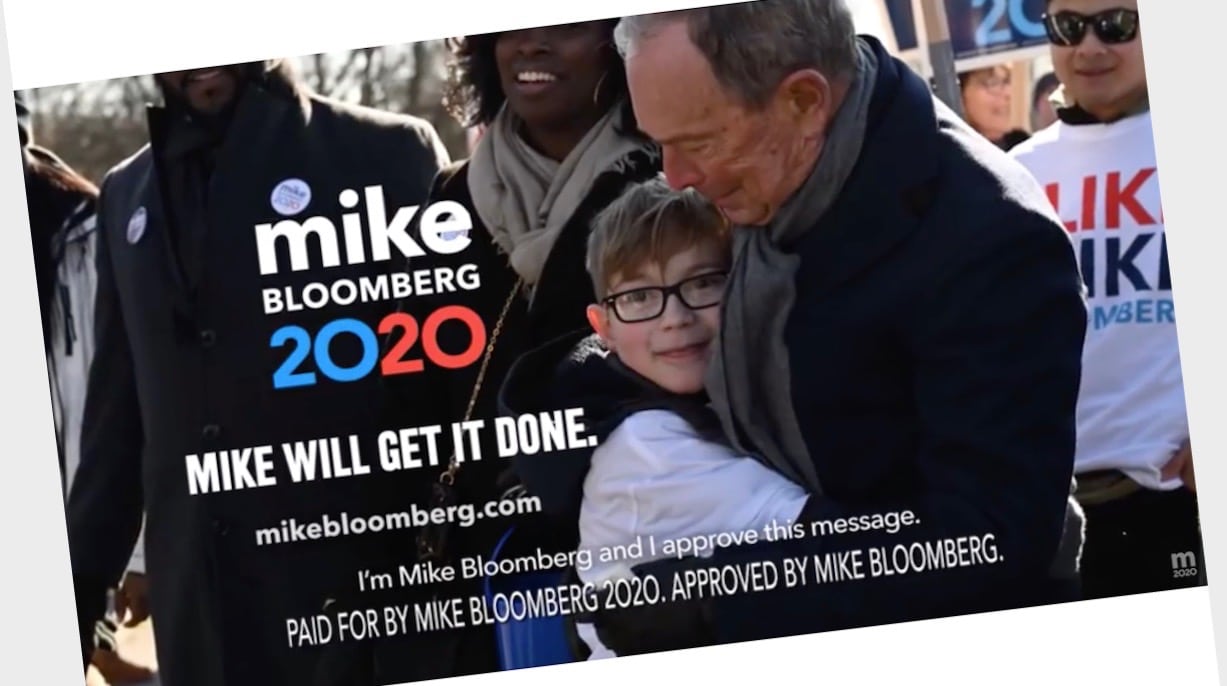 Bloomberg also will have three Florida field offices by the end of the week.

While other Democratic presidential candidates focus on early states, Mike Bloomberg has been betting big this winter on Florida.

The billionaire and former New York City Mayor, whose campaign reported spending $188 million overall through the end of 2019 — all of it from his own wallet — has begun 2020 with spending millions of dollars specifically in Florida, specifically at local television stations.

Bloomberg’s campaign spending in major Florida markets since Christmas has totaled more than $11.5 million, according to a Florida Politics review of advertising contracts filed by TV stations with the Federal Communications Commission.

And that is just on the largest commercial network broadcast stations, those affiliated with CBS, NBC, ABC, Fox, CW, and Univision. It does not include advertising in Florida’s other six full TV markets from Fort Myers to Pensacola. Nor does it include digital advertising targeting Floridians through social media posts.

The number of Florida local television commercials from all other 2020 presidential candidates combined through the first week of February: Zero.

“The Democratic primary field is more unsettled than ever. Meanwhile Mike is focused on bringing his message to Florida voters,” said Scott Kosanovich, Mike 2020 Florida state director. “He is the only one here talking to voters about what matters to them, including healthcare, education, and addressing climate change. He is investing the resources here in Florida both on the air and on the ground to reach voters, and build the infrastructure we need to defeat Trump in Florida.”

But is it working for Bloomberg?

Yet Biden’s stumble in the Iowa caucuses this week could precipitate a free fall, should the Vice President continue to do worse than expected in Tuesday’s New Hampshire primary, or the upcoming Democratic contests in Nevada and South Carolina, contests which Bloomberg has largely ignored. The next three Democrats in the St. Pete Polls survey, Sens. Bernie Sanders and Elizabeth Warren and former South Bend, Indiana Mayor Pete Buttigieg were well behind Bloomberg, at 9, 7, and 6 percent respectively.

In about six weeks time, viewers of the top six broadcast TV stations in the Miami-Fort Lauderdale market have been inundated with more than 3,400 TV commercials from Bloomberg’s campaign, including the ones set to run through this coming weekend. Including fees paid to agencies for placing the ads, Bloomberg has spent more than $3.8 million on TV in the South Florida market. In Orlando, Bloomberg has spent $3.2 million on local TV advertising; Tampa Bay [including WWSB in Sarasota,] $2.9 million; West Palm Beach [including WTVX in Fort Pierce,] $1.2 million; and Jacksonville, $437,000.

They’ve not all been the same messages. Bloomberg has rotated 11 different commercials in Florida. They have included one showing him being endorsed by TV star Judge Judy Sheindlin, and ads focusing on droughts and climate change, health care, gun safety, working with former President Barack Obama, and his efforts as New York City Mayor.

The earliest ads in those contracts started running before Christmas.

Florida’s presidential primary election day is not until March 17, though some mail ballots already have been distributed, and hundreds of thousands more mail ballots are set to go out Thursday.

No other Democrat has even reserved TV time for the weeks leading up to the March 17 Florida election on TV stations in Miami, Tampa Bay, Orlando, West Palm Beach, or Jacksonville. President Donald Trump‘s reelection campaign has not placed any ads in those stations either.

“Michael Bloomberg is lighting his money on fire to try to buy his way into the presidency, but Florida voters aren’t for sale. They will reject the radical policies of Bloomberg and his fellow Democrats in favor of President Trump, who continues to deliver more jobs and more opportunities for the people of the Sunshine State,”  said Trump Victory spokesperson Emerson George.

Bloomberg’s Florida campaign also announced that it opened its second field office Wednesday night, and intends to open a third one in Miami’s Little Havana on Saturday.

The campaign also boasts having more than 100 trained field organizers on the ground in Florida, contending it is the only Democratic campaign with such in place.