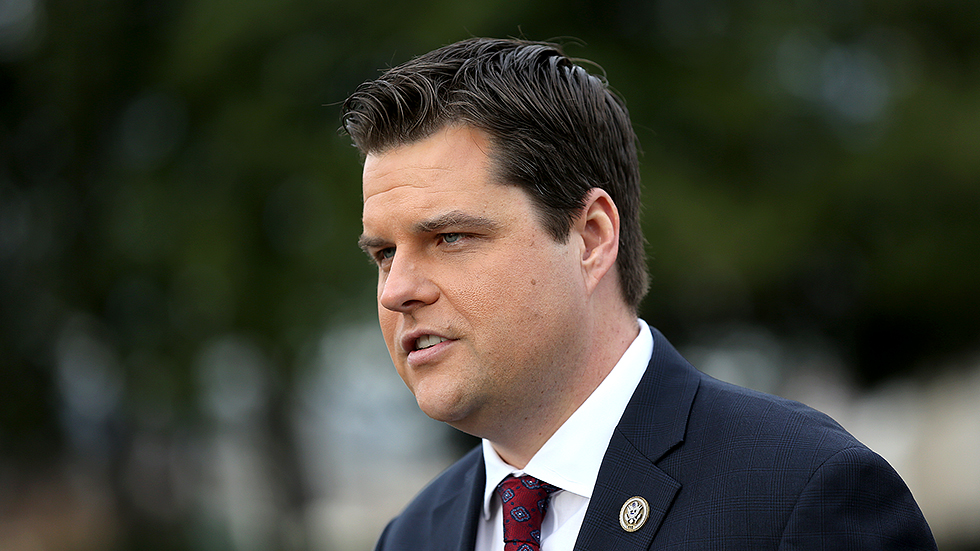 A Bar representative says the party's complaint, if received, won't be acted on in light of the existing complaint.

The Florida Bar has confirmed it has a file open regarding Rep. Matt Gaetz‘ conduct during the House impeachment investigation into President Donald Trump.

The news comes one day after the Miami-Dade Democratic Party announced they had filed a complaint of their own. The complaint alleged Gaetz violated Florida Bar rules by attempting to barge into closed hearings during the House investigation.

A Florida Bar spokesperson said they had not yet received the complaint from the Miami-Dade Democrats. That complaint was initiated by Party Chair Steve Simeonidis.

But because a separate file has already been opened, the spokesperson explained the body will not be acting on Simeonidis’ complaint either way.

“He will be getting a letter from us saying we are already aware of the issue that he reported, have a file open regarding those circumstances and that an additional complaint is not something we can accept.”

That spokesperson said the open file could be closed as soon as this month. The complainant which triggered the active file cannot be revealed by the Bar until the file is closed.

Prior to Trump’s impeachment, the House assigned a group of committees to investigate his actions regarding Ukraine.

In one attempt, two dozen Republicans tried to enter a secure hearing room to interrupt the deposition of Deputy Assistant Secretary of Defense Laura Cooper. Republicans protested what they called a “Soviet-style process” despite, again, several Republicans on the relevant committees being welcome to hear the testimony and ask questions.

In a separate instance, Gaetz was kicked out of a closed-door interview with Fiona Hill, who served as a White House advisor on Russia.

Hill was testifying to the House Intelligence, Oversight, and Foreign Affairs committees. Gaetz doesn’t sit on any of those committees.

In 2019, Gaetz faced a separate Bar complaint after threatening to expose dirt on Trump’s former attorney Michael Cohen ahead of Cohen’s testimony in the House. The Bar eventually dismissed the complaint. But the review panel did note in its findings that Gaetz was “unprofessional, reckless, insensitive, and demonstrated poor judgment.”