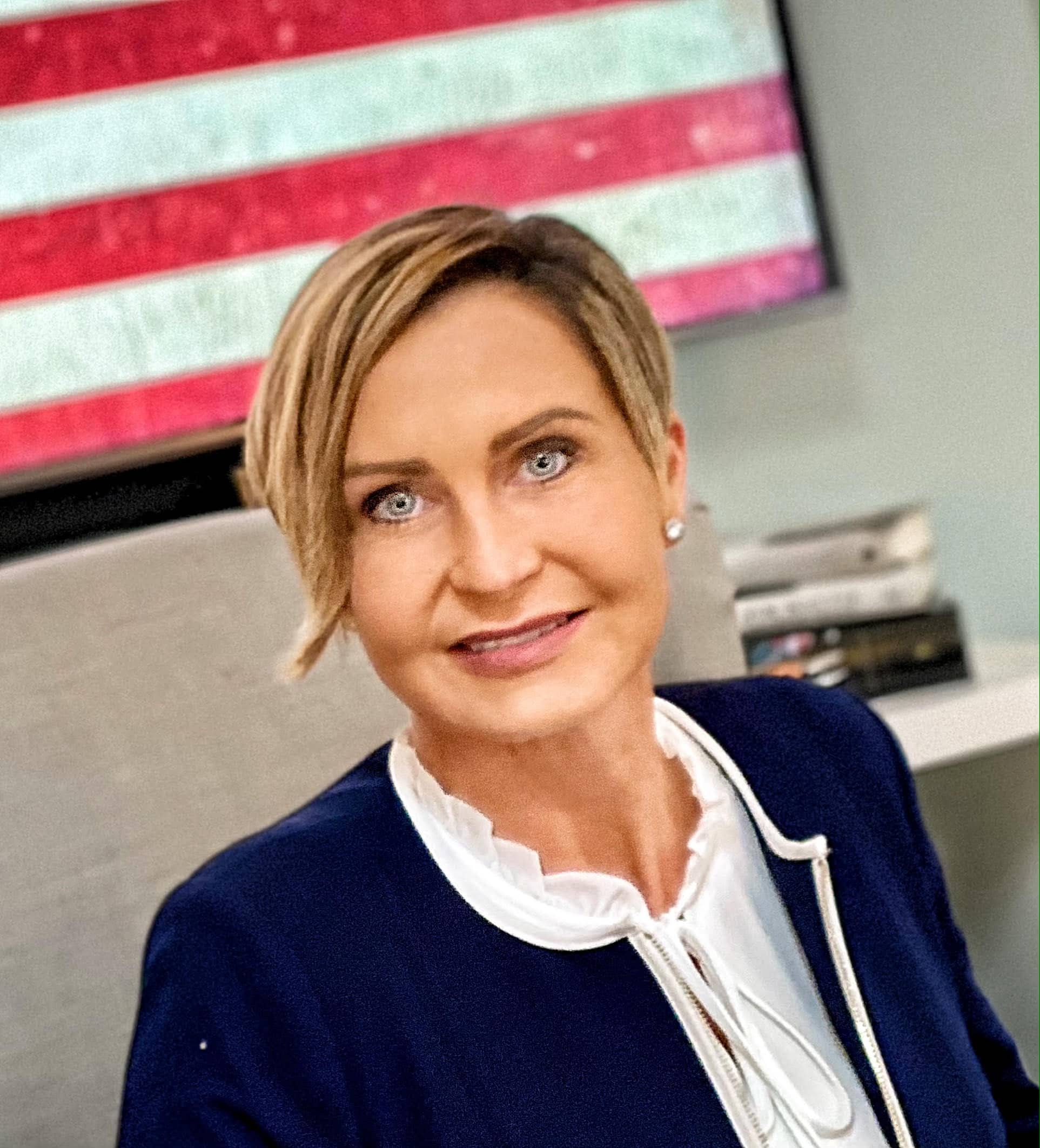 Chelle DiAngelus seeks to stand out on health care and unity.

The evolving field of Republicans seeking a shot at taking down Democratic Rep. Stephanie Murphy in Florida’s 7th Congressional District now includes Chelle DiAngelus who sees a path for someone with experience in the complexities of health care.

The Longwood Republican became the seventh active candidate in the CD 7 field after she joined the race last month, a race from which three others already have dropped.

She spent most of her professional career as an executive at Florida Hospital, now AdventHealth, including several years as vice president for strategic planning, navigating the hospital company’s numerous hospitals, stand-alone emergency rooms, affiliated medical practices, and health care providers through the complexities of the health care market.

As she became disillusioned with where health care was heading, she also sensed that younger people also were becoming disillusioned with the American Dream. All this was coming together for her when she began receiving recruitment inquiries to run for Congress, first from U.S. Rep. Phil Roe of Tennessee, chair of the GOP Doctor’s Caucus, then through Florida Sen. Joe Gruters of Sarasota, chair of the Republican Party of Florida, she said.

Valentin has shown early fundraising prowess, banking $255,000 in campaign contributions during the last quarter of 2019, including $70,000 of his own money. Zhao raised $120,000, Francois, $30,000, and Goble, $26,000. Meanwhile Murphy ended 2019 with more than $1 million in the bank, and has shown the ability to raise several million dollars in her past election campaigns. DiAngelus started the year with zero.

On the other hand, past elections in Florida’s 7th Congressional District have shown political parties and affiliated outside groups are willing to pour millions of dollars into the very-purple CD 7 to support party nominees – provided they look like they have a chance. She still is evaluating options on putting together a consultant team.

CD 7 covers Seminole County and northern and central Orange County, including downtown Orlando, some affluent suburbs, some affluent urban neighborhoods, and the University of Central Florida.

She sees some daylight between herself and most of the other Republican CD 7 candidates, at this early juncture, in three areas: she’s taking a more purple-tinted approach to issues by not attacking Murphy or Democrats as socialists, just as not right; she’s able to discuss health care in particular in deep-dive terms; and she’s a woman, believing that Murphy can be better challenged in the purple CD 7 by another woman.

“I think that my health care experience gives them a choice that they haven’t had. … I went back and looked at some of the polling for Mike Miller. And 10 percent of Republican women voted for Stephanie Murphy. That would indicate to me that women would like to see more women in Congress,” she said. “It’s such a small percentage in the Republican Party it’s negligible.

“The combination of having health care experience and real-world business experience, where you know how to develop and limit a budget, you know how to plan and execute and measure success, and bringing in a woman’s perspective are very unique and set me apart from the other candidates,” she added. “And I’ve worked really hard to listen to people.”

She talks about wanting to represent a plurality of voters.

Like almost all Republicans, she said she wants to repeal and replace the Affordable Care Act, while making sure to protect preexisting condition coverage. Yet DiAngelus knows how difficult that may be, particularly in dealing with the competing interests of health care providers, insurance companies and others, and concedes that Republicans, to date, have not done very well in coming up with an alternative plan. That, she said, is where her experience as a hospital company executive will come into play.

She noted that last year there were more than 700 health care bills before the House of Representatives.

“Health care is innately complex, and on the other hand I think we have overcomplicated it,” she said. “I don’t think it’s going to be easy to find a solution or to fix a lot of these issues. I’ve already started working on policy myself, and hope to have the opportunity to share that and help shape the Republican response. I would love to be instrumental in that. I agree that hasn’t been put forth on the Republican side, and I think it needs to be.”

Her positions on education, immigration, and the 2nd Amendment are a little outside typical Republican platforms, but perhaps not outside the mainstream of CD 7 Republicans.

Her primary concern about education is addressing the unbearable burden of student debt, particularly from for-profit colleges, that’s been placed on an entire generation, which suppresses their pursuit of the American dream. However she was unclear on how to address it.

She thinks that illegal immigration is a drain on health care, education, and other social services and unfair to legal immigrants, but is still evaluating how to come to terms with economic sectors, such as seasonal agriculture, that have come to rely heavily on undocumented workers.

“We have a process for safe, sustainable, equitable immigration, and we allow individuals to bypass that process. It puts us at risk,” she said.

“Since Pulse and since Parkland, I can’t see what’s changed. What have we the people done to change things since then? It’s still a problem that needs to be addressed,” DiAngelus said.

When asked for her thoughts on running with President Donald Trump on the ticket, she deferred to the economy.

“In the state of Florida, and this comes directly from Gov. DeSantis’ state of the state, our unemployment is at a near-historic low, we have a AAA credit rating, we have the number one university systems in the nation, we’re one of the top-rated states for fiscal health, and our crime rate is at an almost 50 year low. Those things don’t happen by accident,” she said. “I believe Trump has been instrumental, as have the state leaders, in attaining those accomplishments.”