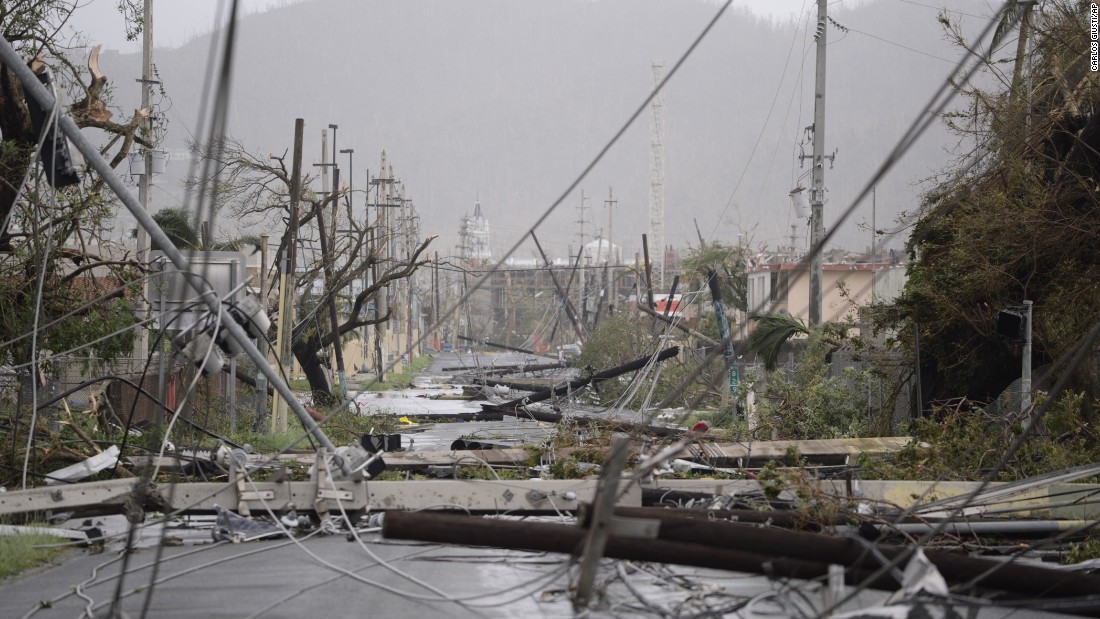 The figure comes from a New York Times story published late last week that included an estimate of unresolved insurance claims nearly 2½ years after the storm struck the island.

The NYT story highlighted one Spain-based insurer, MAPFRE, which has come under fire from several cities and condo associations seeking to have their claims resolved.

Alexis Sánchez Geigel, President of MAPFRE Puerto Rico, said the company had resolved 99% of its claims. MAPFRE has also asserted that several of those insurance claims show evidence of fraud.

In a talk with Florida Politics, Milton Vazquez — a spokesperson for a group advocating on behalf of those claimants called Victimas de Maria — conceded that some fraudulent claims had likely been made. But he argued that doesn’t account for all $1.6 billion in unpaid claims.

“Those are just examples they’re using and trotting out there to justify dragging their feet on the other claims,” Vazquez said of MAPFRE.

“We are just drawing attention to this issue. Obviously, there are a lot of things that need to be done in Puerto Rico. Recovery is something that, the process is so large and so vast, we know it’s something where we’ll have to look at how much progress we’ve made 10 years from now, not two. However, to have people still waiting for their claims to be processed 2½ years after the fact is just not acceptable.”

Maria made landfall in September 2017 as a Category 5 hurricane. Puerto Rican officials have cited an independent study showing nearly 3,000 people died from both the direct impact of Maria and during the subsequent six months due to lack of electricity, interruptions in the health care system and other issues caused by the storm.

Now, nearly 29 months later, Vazquez argues those who were prepared for the storm are still being victimized.

“These are individuals and businesses who did the right thing. They were covered,” Vazquez said.

“They understood that there’s risk involved and they took steps and became loyal customers, some of them for years, in order to mitigate that risk. And in return, they’ve just been left out in the cold. And it doesn’t matter how long they were clients of these firms. They’ve just been left to fend for themselves.”

One impact of the storm was the influx of Puerto Ricans who left the devastated island for the United States.

Florida served as one of the primary destinations for those displaced by Maria. Some estimates put the number of Puerto Rico refugees who fled to Florida at nearly 300,000.

That has led to several Florida lawmakers — including Shalala — to advocate on their behalf. In a statement to Florida Politics in response to the NYT article, Shalala said more needs to be done to ensure those claims are paid.

“It has now been more than two years since Hurricane Maria devastated the island of Puerto Rico, but thousands of insurance claims, estimated to be valued at over $1.6 billion, remain unpaid,” Shalala said.

“For far too long, our American brothers and sisters on the island of Puerto Rico have been treated like second-class citizens. I plan on working with my colleagues in Congress to find out what we can do make sure that these claims are resolved quickly. The people of Puerto Rico deserve to finally be on the road to recovery after Maria.”

Late Tuesday, Soto added a statement of his own suggesting a House investigation may be in order.

“Time and again, our fellow Americans in Puerto Rico have fallen victim to a system that never had their best interests in mind,” Soto said.

“Puerto Rico can’t continue on its road to recovery if, two years after Hurricane Maria, $1.6 billion in insurance claims remain unpaid. I have spoken with Rep. Nydia Velazquez about having her Financial Services Committee investigate this matter. One thing is clear — these claims need to be settled as soon as possible.”

Vazquez, who was born in Puerto Rico but has lived in Florida since he was 10, said the parallels to the state should push lawmakers here into action to ensure MAPFRE and other insurance companies hold up their end of these insurance contracts.

“This being Florida, we’re well aware of the process of dealing with property insurance after a major storm,” Vazquez said.

“I get it. When there’s a storm, there are going to be thousands of claims overnight. But 2½ years is a bit too much to bear.”