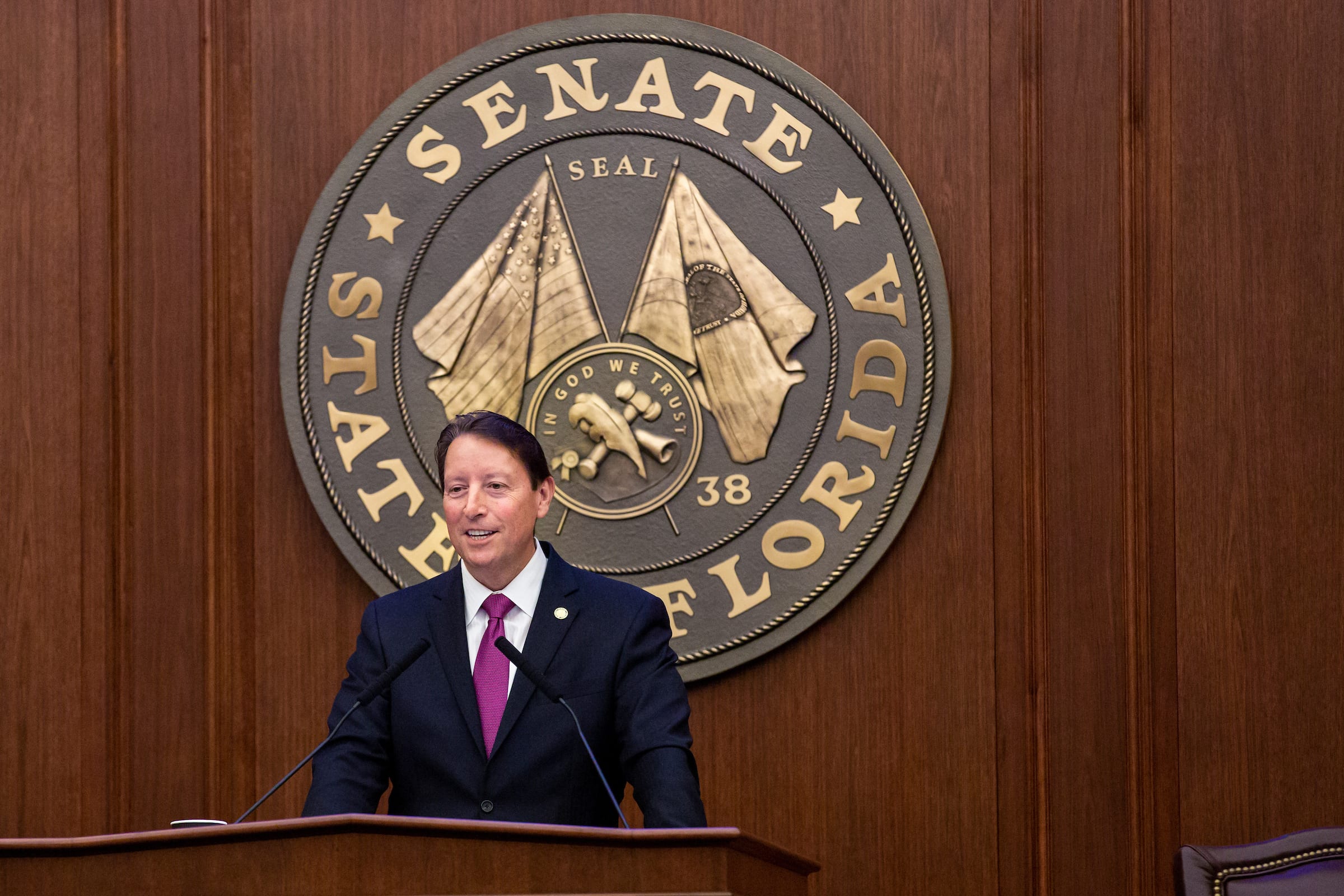 On Wednesday morning, the Senate reviewed and adopted amendments on its proposed $92.8 billion budget.

The Senate moved the bill to third reading in the afternoon, setting the stage for a vote Thursday, Senate President Bill Galvano told media after the session.

The document asks for $1.4 billion more than the House plan to be discussed Wednesday afternoon, and roughly the same overage from the Governor’s budget.

“We have a lot of challenges that come with explosive growth … I think this budget meets that challenge,” Bradley said, including $3.5 billion in “robust reserves,” a rhetorical priority of the House also.

The differences between Senate and House proposals will animate discussions, leading more than likely to brinksmanship and bargaining up to and perhaps through Fri. Mar. 13, the scheduled end of the Legislative Session unless they forge a budget accord.

Sen. Travis Hutson noted these spends, and more, including $20 million in the Florida Growth Job Fund, a proposal short of the $50 million Gov. Ron DeSantis contemplates.

These will, in all likelihood, be conference items.

Florida Forever funding of $125 million is well above the $20 million contemplated in the House and the $100 million by the Governor.

The teacher-pay program, a priority of the Governor, is another area where negotiations will be hammered out until the final hankie drop.

Meanwhile, the Senate is allocating $500 million for the school Guardian program, including $57 million more rolling over.

Meanwhile, there are areas of more general agreement in terms of spending (but divergence on details) abound also.

The Senate justified spending bumps in Gov. Ron DeSantis‘ budget with “significant changes in estimates of future state obligations … January estimates not available when the Governor and Executive Branch Agencies submitted funding requests and recommendations in the fall of 2019.”

Among these: “the addition of 10,000 students to the K-12 education system” and “a $216 million increase in costs associated with Florida’s Medicaid Program.”

And $403 million for corrections, along with a 3% across the board raise for state employees. Prison workers will also be eligible for bonuses.

The Senate also has $28 million for Hepatitis C treatment, money not contemplated in the Governor’s budget, said Sen. Jeff Brandes.

Brandes reprised recurrent concerns about the “crisis in the Department of Corrections” the state’s largest agency by FTEs.

A pilot program to reduce shifts from 12 hours will cost $29.1 million, affecting a third of facilities.

Hopes are it lowers overtime costs and turnover impacts among a callow group of increasingly short-term staff,  Brandes characterized as a “skeleton crew” in the best of times.

As well, the Senate proposes the state absorb increases in health care costs for employees, which delighted Democrat Sen. Bill Montford, who represents Tallahassee and many of those impacted workers.

Speaking of health care, the foreign drug importation program is ceded $15 million in this budget for implementation. This falls short of the $20 million the Governor’s budget contemplates.

Also, whereas the House contemplates staff cuts from the Department of Agriculture and Consumer Services, the Senate not only is not cutting staff from or threatening to defund Nikki Fried‘s office, but bolstering with resources for the hemp program and other key initiatives.

A number of  bipartisan small dollar amendments were adopted without objection Wednesday, including moving $100,000 to memorials for African-American cemeteries in Tampa that were built over.

“These memorials will allow these communities to heal,” asserted Sen. Darryl Rouson.

This could be precedent-setting, as more are certain to be discovered.

The House, meanwhile, is more cautious.

“Compared with the Governor’s and Senate’s proposals, the House’s $91.4 billion budget comes in at the lowest cost to taxpayers and brings state government spending down to $4,158 per person — $47 less per-capita than the current fiscal year,” a media release trumpeted.

The House budget will be considered Wednesday afternoon.