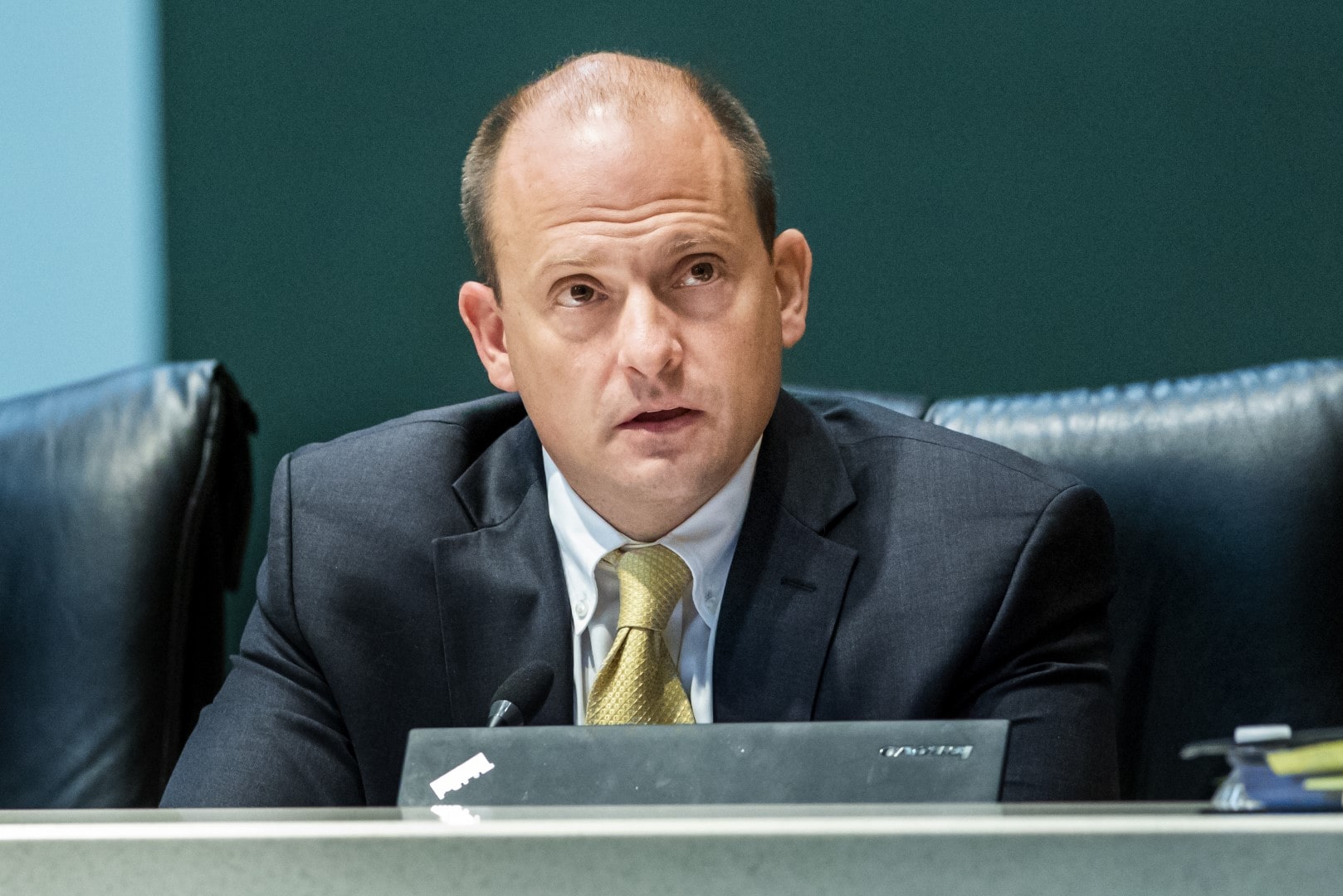 Rodriguez said he'd rather have nothing than a bill that fails to directly condemn white nationalism.

A resolution condemning hateful ideologies has stalled in the legislature over language denouncing white supremacy.

The bill, sponsored by Miami Democrat Sen. Jose Javier Rodriguez, was temporarily postponed last month by Senate Judiciary Committee Chair David Simmons, a Longwood Republican. An impasse over the white supremacy language remains unresolved.  Simmons did not respond to a request for comment.

Rodriguez filed the resolution (SR 214)  in September to condemn white nationalism and white supremacy as hateful expressions of intolerance.

But the Senate Infrastructure and Security Committee, chaired by Republican Tom Lee, passed a committee substitute removing the condemnation of white supremacy and white nationalism. The new language rejected any ideology or philosophy that advocates the superiority of one of group of people over another because of race, color, national origin, sex or religion as hateful, dangerous and morally corrupt expressions of intolerance.

Lee has said he wanted it to be a bipartisan effort. It also added incel groups, which are men who hate women, to the legislation. Incel stands for “involuntary celibate,” meaning such men are not sexually active, but would like to be.

“There’s all kinds of hate out there and to pick on one group almost seems like you’re discriminating against people who have lost loved ones in other settings unrelated to white nationalism,” he said. “We don’t have a white national problem, we have a hate problem.”

FBI director Christopher Wray told Congress last July that the majority of domestic-terrorism arrests since October 2018 have been linked to white supremacy.

The legislation was prompted in part by the August 2019 mass shooting in El Paso, Texas where a gunman believed to have posted a racist, anti-immigrant screed online before allegedly killing 22 people and wounding 26 others. It was also prompted, in part, by the 2017 Charlottesville, Virginia Unite the Right rally where a white supremacist killed a counter-protester after he mowed over a crowd of people peacefully demonstrating.

Rodriguez said Lee’s committee substitute creates a false equivalency between hate and inclusion, similar to President Donald Trump saying after Charlottesville that there were “very good people on both sides.”

“If the Legislature’s going to take out a condemnation of white nationalism and have something in there that creates the sense that, as Trump said, on both sides there are issues,” he said. “I have a serious problem with that because that actually does the opposite of what the resolution was intended to do.”

The Democratic Senator said it’s probably better to have no resolution than one that fails to directly condemn white nationalism and white supremacy.