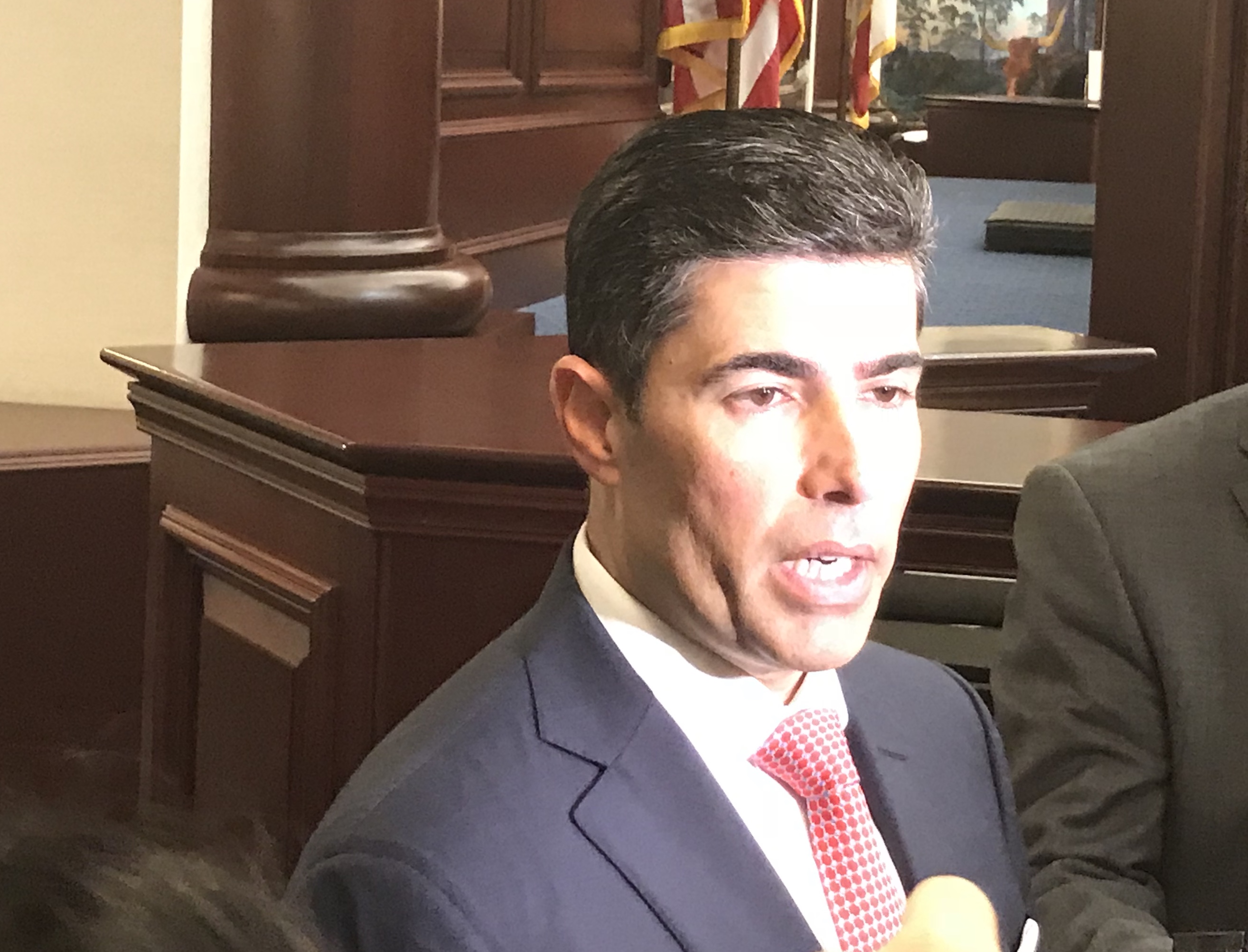 USF students say both universities will be falsely assured things that made their campus thrive will stay in place.

New College students staged a walkout at its Sarasota campus in a bid to be heard in Tallahassee. It comes just a day after Senate President Bill Galvano threw his support behind the merger plan. Gov. Ron DeSantis has also weighed in on the legislation sponsored by House Higher Education Subcommittee Chair Randy Fine, although he is not yet taking sides.

The legislation (HB 7087) would consolidate New College into FSU and fold Florida Polytechnic University into the University of Florida. It would also make the Effective Access To Student Education grant program, or EASE, and Access to Better Learning and Education Grant program, or ABLE, means-tested.

Galvano says O’Shea acknowledged challenges, such as with enrollment.

“I shared exactly what I thought were some concerns,” he said. “And he said ‘Look, it’s been hard for us. We’ve had the performance funding and we weren’t meeting the metrics. Our population was not hitting on some of these points that other universities do.’ So that … put them behind fiscally. Also enrollment has been a challenge for them.”

Oliva suggested they’re looking out for the students by ensuring the college is folded into one of the top universities in the state. He added that the final form of the bill could include concessions like providing a phase-in period.

“I don’t feel that the students would in any way suffer a loss,” he said. “Is it a disruption, without a doubt. But the amount of monies being spent on those institutions are entirely unjustifiable and it is our duty to look at things like that.”

Oliva also said DeSantis comments that the University of South Florida might be a more “natural fit” for New College makes sense.

“It seems like if you were going to do something like that, USF would probably be more natural just given the location,” DeSantis said.

USF has yet to weigh in on the controversial bill, preferring to keep its own counsel. Both New College and Florida Poly have been part of USF before. New College, founded as a private school, was brought into Florida’s university system in 1975 as part of USF and remained until becoming independent in 2001. Florida Poly started as a satellite campus for USF before being gaining its independence in 2012.

The staff of the Crow’s Nest, USF St. Pete’s student newspaper, gave the students some of their thoughts on consolidation. The Florida Legislature abolished USF St. Petersburg and Sarasota-Manatee’s independent accreditations in 2018. The editorial advises that the main school administration “will see both campuses as little more than a number and will make sure that each school falls in line with whatever the bigger campus is doing, even if it doesn’t make sense — i.e. taking entire colleges from the USF St. Petersburg campus and placing them under the authority of Tampa.”

The USF students suggest to New College and Florida Poly students, “This is a time for faculty, administration and students to stand united in a struggle against legislation that would effectively erode the progress made by each school. The path carved by them should not hastily be erased in favor of adding to two already monolithic schools.”

The legislation will be heard in House Appropriations next Tuesday.