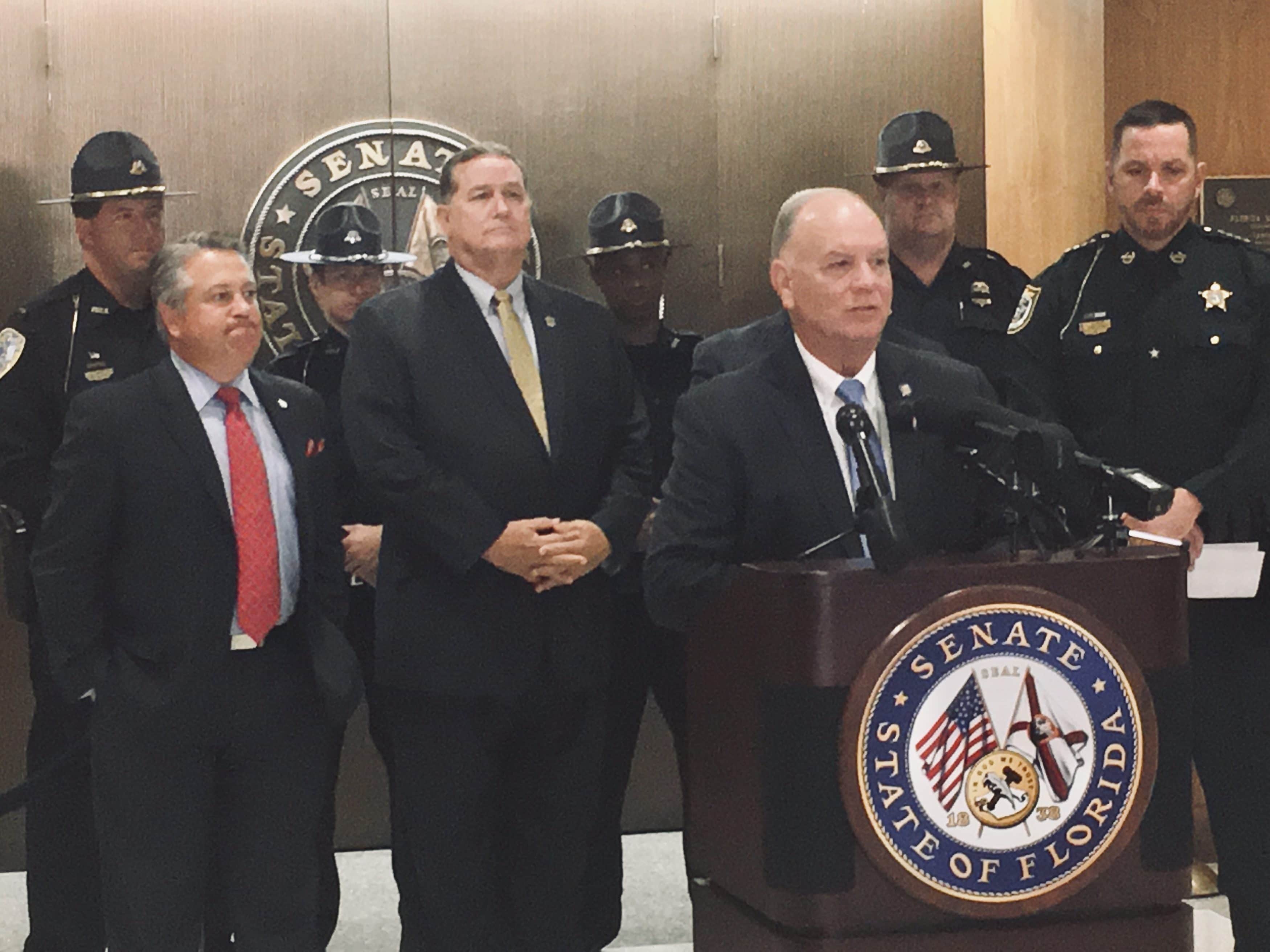 SB 476 prohibits HOAs and other housing associations from banning law enforcement vehicles from their jurisdictions.

The bill (SB 476), sponsored by Clearwater Republican Ed Hooper will prohibit condominium, homeowners and cooperative associations from creating bylaws preventing law enforcement officers from parking their official vehicles in community areas where they would normally have a right to park. It applies to homeowners, tenants, or guests of the homeowner.

“Thank you, Gov. DeSantis, for signing SB 476. This common-sense legislation that prevents HOA’s and Condo Assoc. from stopping a law enforcement officer from parking their official vehicle in their driveway will make every neighborhood a little bit safer and it cost the community zero,” Hooper said. “I have received a tremendous amount of correspondence supporting this good Bill. Common sense rules again and kudos to Gov. DeSantis and my colleagues in the Senate and House for unanimously approving SB 476.”

Hooper’s legislation was prompted by reports of a Clearwater police officer who faced hundreds of dollars in fines last summer for violating an HOA rule in an East Lake Woodlands subdivision for parking her police car in her driveway. While the HOA later created an exemption for the officer, future homeowners with government-issued cars may face the same penalties.

The Florida Sheriffs Association supported the measure, with Gilchrist County Sheriff Robert “Bobby” Schultz at the Session’s start saying it’s “ridiculous” that the Legislature has to step in.

“You will stop crime by having a marked vehicle in these neighborhoods,” he said in October.

Walton County Sheriff Mike Adkinson Jr. supports the bill and said that it should be common sense not to penalize or cause “frivolous aggravation” towards officers working in a community.

Officers park their patrol cars at home because when someone is an officer or deputy, they maintain that role 24 hours a day, seven days a week, Adkinson said. It’s also nice to have as a physical presence to deter criminal activity, and the vehicles tend to last longer when they’re not constantly switched between people.

He also said the marked cars are helpful for emergency situations in immediate need of a trained official.

For example, in his county, he said there was an instance where someone ran into a deputy’s home in the middle of the night with a child choking to death. And the deputy was able to save the child’s life, he said.

They knew a deputy was inside because a marked vehicle was in the driveway.

“We like our deputies and our police officers to be visible members of the community and it’s part of that currency of trust,” he said.

Hooper, a retired firefighter, has not shied away from first responder issues during his time in the Legislature. This year, he is sponsoring, among others, a bill creating the First Responders Suicide Deterrence Task Force (SB 1586).

LaMarca said the bill was important for law enforcement and public safety: “Arbitrary rules” from HOAs “do not allow a law enforcement officer who protects us every day” to park their cars in their neighborhoods.

The parking bill is one of multiple law enforcement-related bills filed and sponsored by Democratic and Republican legislators this Session. This one passed unanimously at every stage in the House and Senate with minimal questions.