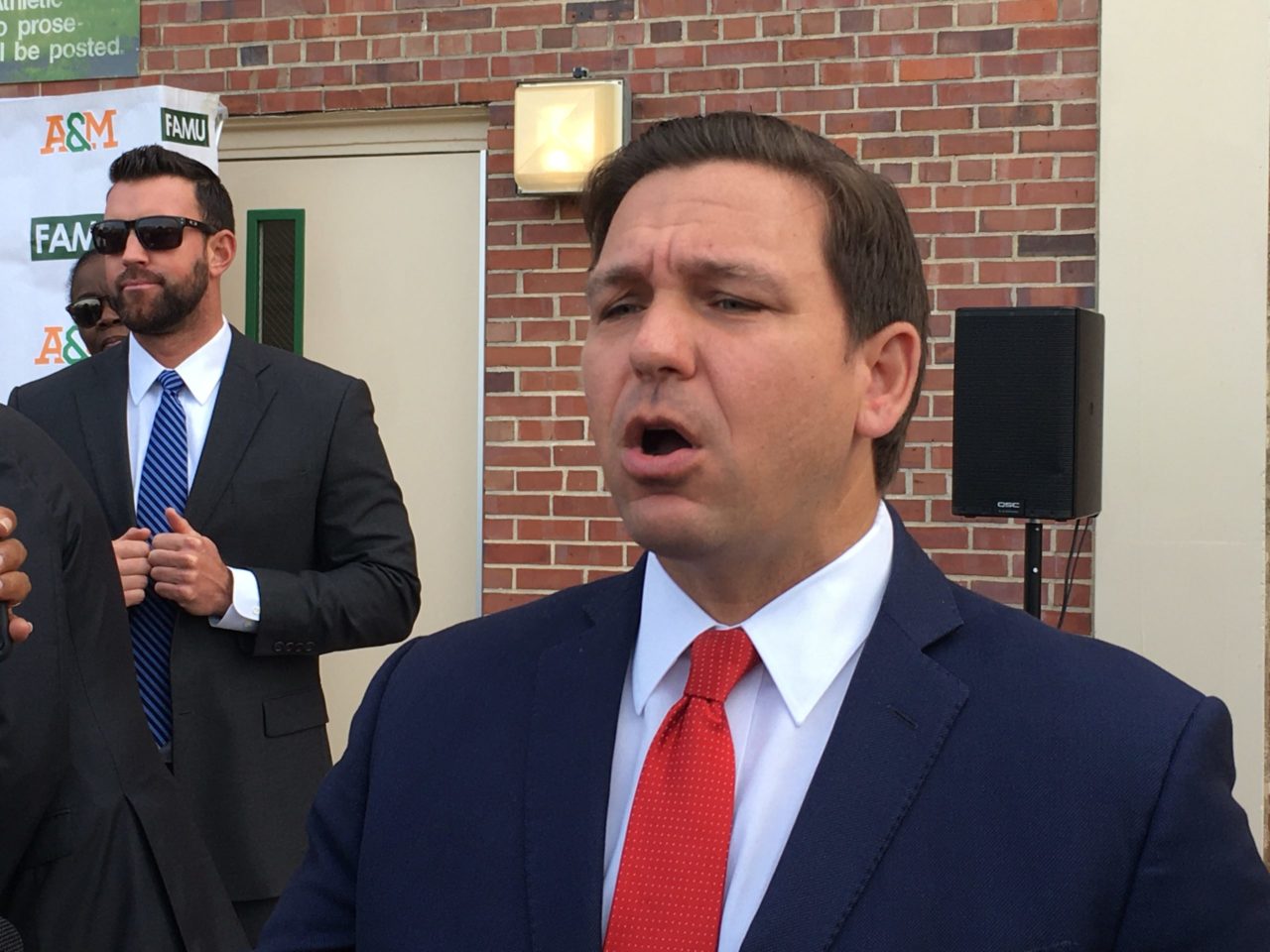 When it comes to Sen. Bernie Sanders and his affinity for Cuban governmental achievements, Gov. Ron DeSantis is not ‘feeling the Bern.’

On Monday, after an event at Florida A&M University, the Republican Governor began a media availability with an unsolicited condemnation of Sanders’ comments over the years, most recently on “60 Minutes” on Sunday.

“We’re very opposed to the authoritarian nature of Cuba, but you know, it’s unfair to say everything is bad,” said Sanders.

“When Fidel Castro came in office, he had a massive literacy program. Is that a bad thing even though Fidel Castro did it?”

Sanders added that he “condemned” the imprisonment of dissidents. But that qualifier certainly was bait for DeSantis, a key ally of President Donald Trump.

“I just wanted to say in relation to some of the things that have been said by Sen. Sanders that any attempts to whitewash the brutality of the Castro dictatorship is totally unacceptable,” DeSantis said.

“It flies directly in the face of the values of the people throughout the state. This is a Senator who has spoke positively throughout his whole life of the dictatorship there,” DeSantis added.

“He’s spoke positively about Hugo Chavez and Nicolas Maduro,” the Governor added, referring to the past and present Venezuelan chief executives.

“He’s been a longtime supporter of the Sandinista regime in Nicaragua. And that’s just unacceptable,” DeSantis continued.

Both Sanders and Trump, according to reports first promulgated by the aggressively centrist Washington Post, were told by U.S. intelligence that Russia was working to help their respective campaigns.

While subsequent reporting has said those concerns were “overstated,” FP asked the Governor about the continued assertions of Russian play in American campaigns.

“Then people started to say that actually there wasn’t evidence,” DeSantis said.

“Look, I don’t know what’s going on. We’ve obviously done a lot on election security here, we’re going to continue to do it. But there’s been a lot that’s gone on to try to do things good. But I also think that, you know, how this was handled by the last few years, particularly by the press, a lot of rumors put out, a lot of anonymous sources.”

“It’s basically intended to create a divisive narrative,” the Governor continued. “I’d prefer to focus on facts rather than what some third-hand source may have said.”

When we reminded the Governor that then-candidate Trump literally called for Russia to help expose former Democratic nominee Hillary Clinton‘s emails at a rally in 2016, the line of inquiry closed.

Soon after DeSantis issued his denunciation of the Sanders comments, the Florida GOP weighed in via Twitter.

Florida will not stand for @BernieSanders comments. We are home to over a million Cubans and it's disgusting that a Democrat frontrunner is "impressed" with Fidel Castro's murderous regime. When he took over, thousands were killed or imprisoned for not agreeing with his policies.

Some Democrats are also condemning his comments including a coalition of South Florida elected officials who worry the comments will have down ballot consequences. Former U.S. Congresswoman Gwen Graham condemned Sanders’ comments on Facebook.

“I said (what now seems a lifetime ago) that Senator Sanders could never win Florida. The socialism label is political suicide,” she wrote. “Last nights’ 60 Minutes debacle has now made him poisonous in Florida.”