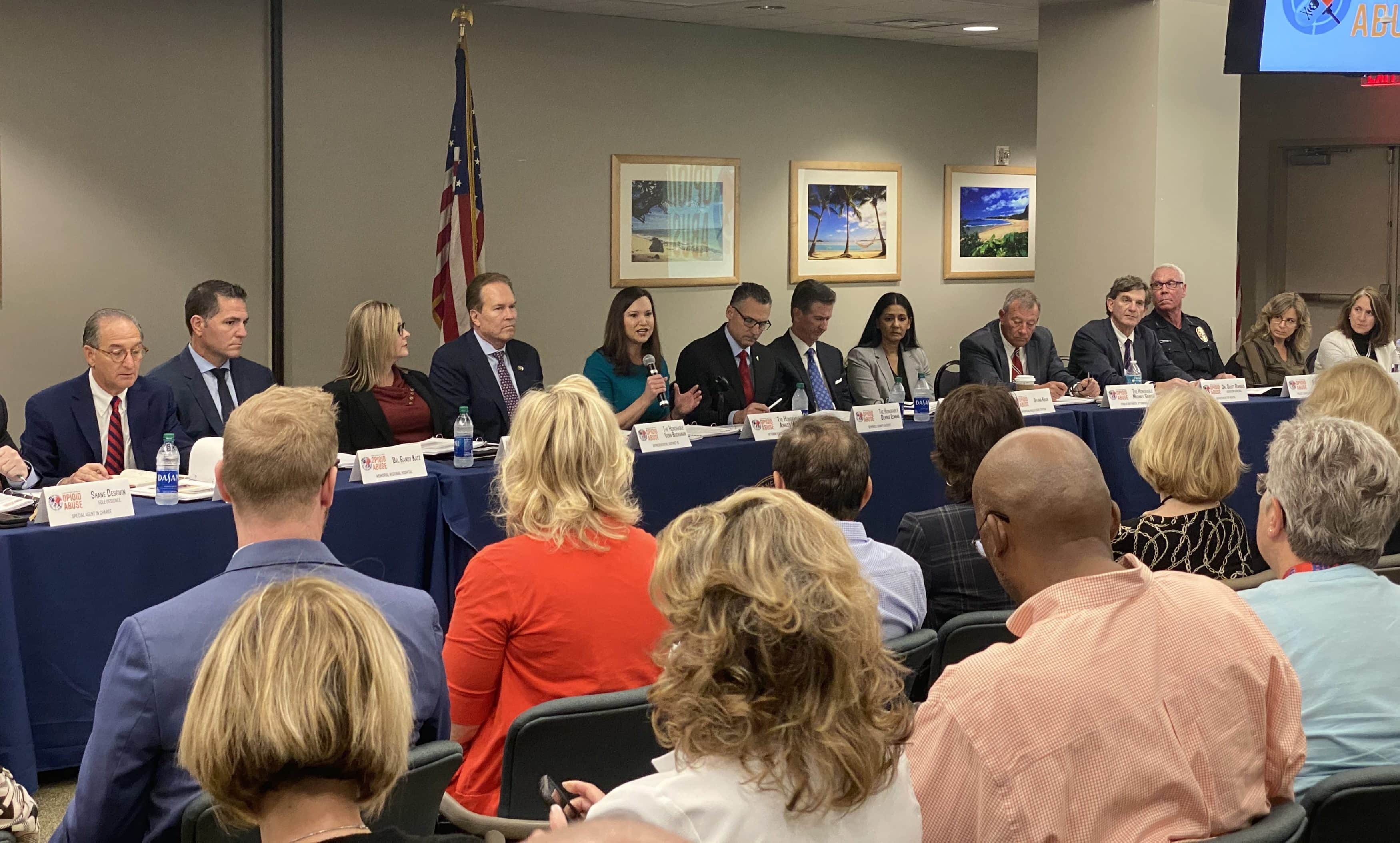 Attorney General Ashley Moody promised a focus on prevention of opioid deaths as the state wrestles a deadly crisis.

“Prevention is such a vital component in the fight to end the opioid crisis in Florida and save lives,” Moody said. “We lose 15 people every day to opioid abuse and that is why the work of our Statewide Task Force is so important.”

The remarks came as Moody convened the Statewide Task Force on Opioid Abuse, which she chairs.

A Monday meeting took place in Bradenton, a community struck especially hard with overdoses in the past five years, at times stressing the region’s coroner as the office received more fatal overdoses than it had slots for bodies.

U.S. Rep. Vern Buchanan, a Sarasota Republican, testified to the committee about the need for action at the state and federal level.

“For too long, fentanyl and other opioids have wreaked havoc on communities in Florida and across the country. We need to continue our efforts to fight opioids,” he said.

Buchanan for his part has pushed for economic sanctions against Chinese manufacturers knowingly sending synthetic opioids like fentanyl into the U.S. Buchanan-originated provisions were included in the National Defense Authorization bill signed by President Donald Trump.

Moody said work in conjunction between federal and state law enforcement would be crucial in continuing to address the problem.

“I want to thank Congressman Buchanan for joining us today, and for his commitment to fighting drug abuse through his work in our nation’s capital,” she said. “I look forward to continuing to partner with local, state and federal authorities to advance this important mission and save lives.”

Likewise, Buchanan said Moody had championed the issue at the state level.

“I thank the Attorney General for leading the state’s efforts on this issue and I look forward to learning more about what we can do together at the state and federal level to address this issue,” he said.

But in terms of what comes next, Task Force members also heard from Department of Education officials about how better to teach school-age children about the consequences of opioid abuse.

Kathleen Roberts, Executive Director of the Community Coalition Alliance, gave a report to the group on how building community coalitions plays a major role in raising awareness and promoting prevention.

With the event held at Manatee Memorial Hospital, testimony also came in on life-saving emergency response improvements that have helped reduce deaths. Leaders also said they have worked on ways to more immediately identify users showing early signs of high risk for addiction.

This was the fifth of six expected Task Force meetings held throughout the state. Leaders have previously met in Tallahassee, Miami, Pasco County and Seminole County and will meet in the Capitol later this year to discuss legislative recommendations.

previousLobbying compensation: The Southern Group reeled in $15.4 million in 2019