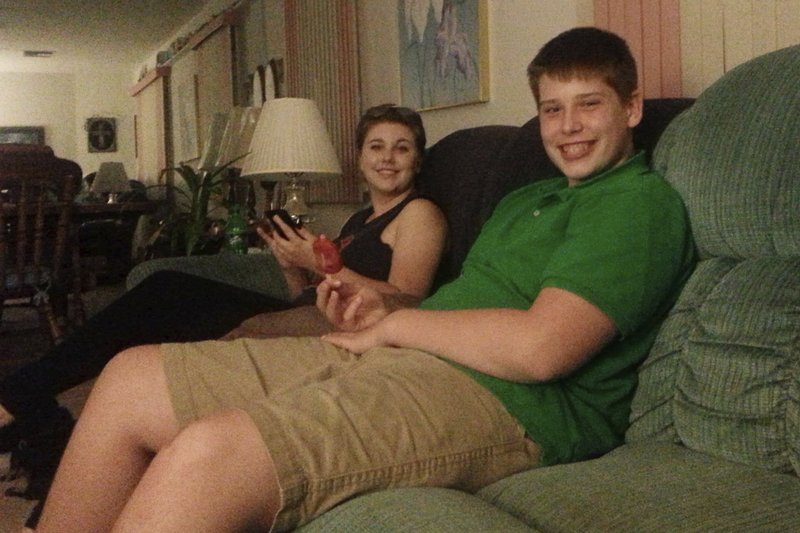 The bill is now named The Zachary Martin Act.

On the football field, Zach Martin was a protector — a 300-pound, 6-foot-4 offensive lineman who kept his quarterback safe from a rush of incoming blows.

Now in death, the teenager will be forever known as a protector after lawmakers acted Wednesday to honor him by renaming a bill that would require public schools across Florida to do more to protect athletes from deadly heat strokes.

Two summers ago, Martin collapsed after running sprints with his teammates in the sweltering South Florida heat. Minutes later, the 16-year-old was in the hospital, where he died 11 days later.

His mother, Laurie Giordano, has been lobbying Florida lawmakers to approve a bill — now known as the “Zachary Martin Act” — that would require high schools to act more quickly when student-athletes show signs of heatstroke and other heat-related stresses.

“You mentioned your son’s nickname, ‘Big Zach,’ and now his name is on this bill,” the Senate Rules Committee chairwoman, Sen. Lizbeth Benacquisto, told the grieving parent. “Forevermore, he will be the protector of all other student-athletes who are playing sports across the state of Florida.”

After renaming the bill, the committee then unanimously advanced it. The measure now awaits action by the full Senate. Last month, the House unanimously approved a similar bill.

“It has been a very long journey, but the support has been amazing,” Giordano said after the hearing. “The fact that they renamed it the ‘Zachary Martin Act,’ from a mother’s heart, is very touching.”

She wept when a legislative aide informed her that a sponsor of the bill, state. Sen. Keith Perry, would move to rename the legislation.

Her son, she said, would still be alive if life-saving equipment were at the sidelines during practice — perhaps a water-filled tub — to immediately cool his body.

If passed by the Legislature and signed by Gov. Ron DeSantis, public schools would be required to have a tub or other large container filled with cold water at the sidelines during all games and practices. Schools would also be required to have defibrillators to resuscitate stricken athletes. The proposed law would also require schools to train personnel on how to recognize signs of heat-related ailments, including potentially deadly heat strokes, and to take life-saving actions.

Florida leads the nation in high school student-athlete deaths from heatstroke, with four since 2011. During the 2017-18 school year, more than 460 student-athletes in Florida were treated for exertional heatstroke, according to a legislative analysis produced for the bill.

Between 1995 and 2019, 47 high school football players died from heatstroke or related complications. Nearly all of those deaths happened during routine practices, according to the National Center for Catastrophic Sports Injury Research.

Even if heatstroke does not lead to death, it can cause severe damage to the brain or other internal organs. Florida’s scorching summer temperatures and intense humidity have contributed to hundreds of cases of heat-related injuries.

High schools aren’t currently required to have life-saving devices and equipment available at the sidelines to respond and prevent heat-related injuries in athletes. While some schools have taken action, others have been slower to do so.

nextSatellite almost on empty gets new life after space docking