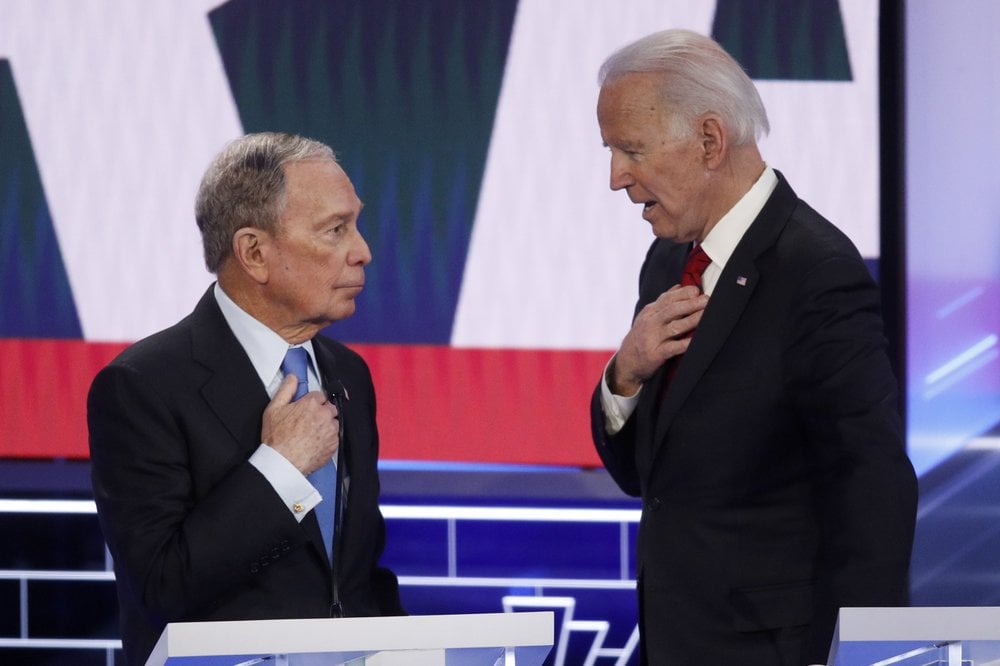 St. Pete Polls had been tracking this race as tacking toward Bloomberg, narrowly up in their previous survey.

However, the latest polling breaks to Biden, pulling away from the billionaire in what is a two-man race.

A wave of support once trending Bloomberg, fueled by $45 million of television in the state, crashed on the rocks of a widely panned debate performance last week.

Biden leads Bloomberg in every media market in the state. Biden racked up huge margins in the Panhandle and Jacksonville, with Bloomberg more competitive in South Florida.

The frontrunners are roughly neck and neck with white and Hispanic voters, but African American voters are where Biden dominates Bloomberg: the former V.P. is the choice of 46%. Bloomberg lags behind with just 24% of the black vote.

However, the trend since the end of January has been roughly 60% of the electorate dialed into Biden and Bloomberg.

That critical mass, in flux throughout the polling period, is breaking Biden’s way down the stretch, with the rest of the field proving to be non-starters with likely voters polled.

In a distant third, U.S. Sen. Bernie Sanders was the pick of just 13% of those surveyed. He was the only other candidate in double digits.

Sanders has been battered from the left and the right for continued apologia for the Fidel Castro era in Cuba, which the self-styled democratic socialist has lauded for its universal literacy program. The worst of the onslaught came on Monday; as polling began, many Democrats in the state distanced themselves from the candidate.

Even a wounded, self-sabotaging Sanders polled better than the rest, however.

The poll was conducted Monday and Tuesday and has a 1.9% margin of error.