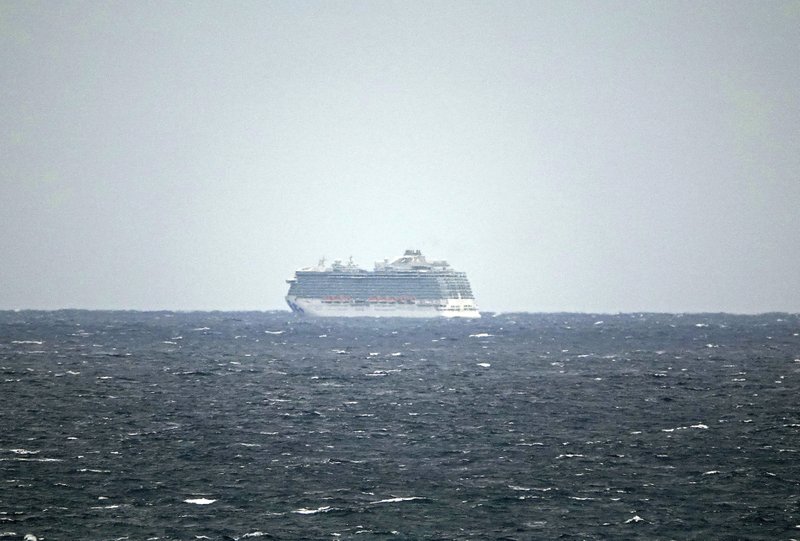 The Regal Princess Cruise ship is seen at sea about 5 miles off the coast of Fort Lauderdale, Fla., Sunday, March 8, 2020. The cruise ship was being held off the coast of Florida Sunday as the ship waits for test results on whether two crew members have contracted the new coronavirus. The crew members in question had transferred from the Grand Princess cruise ship in California where nearly two dozen on board have tested positive for the virus, including multiple crew members. (Joe Cavaretta/South Florida Sun-Sentinel via AP)

Few places on Earth have more at stake than Florida as the international cruise industry seeks to respond to both the spread of the new coronavirus and the fears that are preceding it.

That made Florida the embarkation origin of 59% of all passengers who cruised from American ports, according to the Cruise Lines International Association. Florida launched more people on cruises than New York, New Jersey, Maryland, Virginia, South Carolina, Alabama, Louisiana, Texas, California, Washington, Alaska, and Hawaii combined.

Yet the industry — and consequently Florida’s critical economic portion from it — might never have been more vulnerable than now.

In the past weeks, the world watched as first Princess Cruises’ Diamond Princess in Japan and then the Grand Princess in California became symbols of the new coronavirus outbreak. Another cruise ship was briefly denied permission to come into port at Fort Lauderdale over the weekend. Then on Sunday the U.S. State Department issue a travel advisory warning U.S. citizens, particularly those with underlying health issues and the elderly, not to travel by cruise ship.

“Singling out the travel and tourism industry, and cruise lines specifically, will have significant detrimental impacts on the national and local economies,” the Cruise Lines International Association stated.

The cruise industry has been responding with sweeping enhancements and changes in protocols, including an industry-wide decision announced Monday to conduct temperature screening, as soon as the cruise lines are capable, at initial embarkation for all passengers.

The industry also is pursuing other recommendations that came from a meeting last week in Fort Lauderdale with Vice President Mike Pence, who is overseeing the federal government’s response to the new coronavirus and COVID-19, the disease it causes. The coronavirus has been confirmed in more than 600 people in the United States, and it has killed at least 22. In Florida, 14 people have been confirmed as infected and two have died, as of Monday night.

“We are staying focused on development of an aggressive, responsive plan as agreed to during the meeting with Vice President Pence that goes beyond the already significantly enhanced protocols in place, which we believe are a model for others,” the Cruise Lines International Association stated.

“We have committed to do even more to protect our guests, our crew and the communities where we sail,” the association said. “This includes more stringent boarding procedures, adding additional onboard medical resources and temperature screenings at embarkation. We will also develop industry funded protocols to care for guests on land in the event of an incident to eliminate future incidents of onboard quarantine. We are pleased to know the government agencies are prepared to work with us in developing these aggressive new measures.”

While the industry maintains it is doing well, and passengers still are flocking on, a quick check on Monday found some remarkable deals being offered for March cruises out of Florida ports, during what is usually the busy spring break season.

“We get it,” Royal Caribbean states on its website. “Whether you’re already booked on a cruise, or are thinking about it, we want you to Cruise with Confidence. That’s why Royal Caribbean will let you cancel any cruise that sets sail from now through July 31, 2020.”