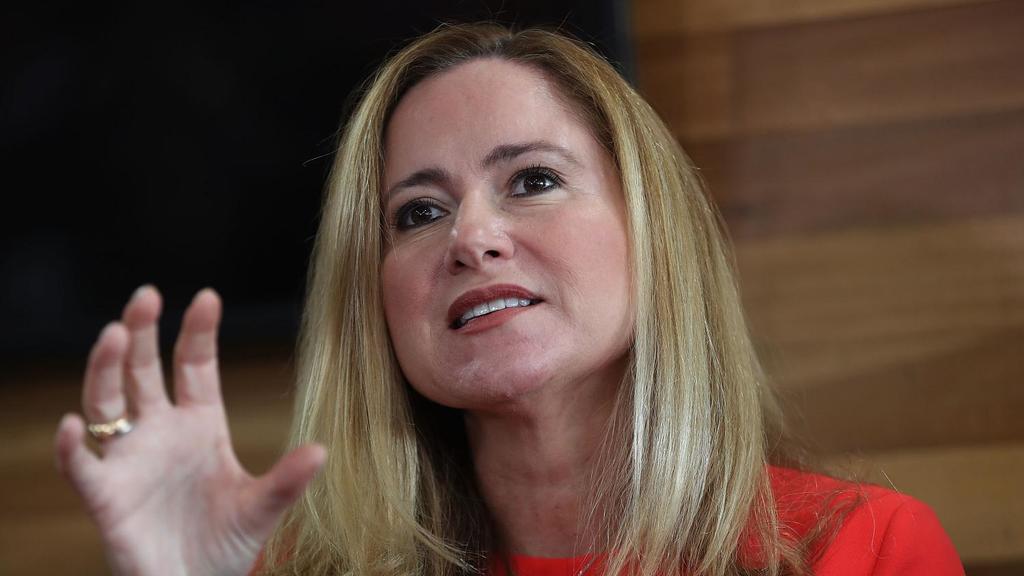 U.S. Rep. Debbie Mucarsel-Powell is endorsing former Vice President Joe Biden in what is essentially a two-person race for the Democratic presidential nomination.

That means all but one of Florida’s Democratic congressional delegation has now endorsed Biden. U.S. Rep. Donna Shalala of Florida’s 27th Congressional District. Shalala has not yet endorsed a candidate in the contest.

Biden and U.S. Sen. Bernie Sanders of Vermont are the two frontrunners remaining in the race. U.S. Rep. Tulsi Gabbard is also continuing her campaign despite only winning two delegates so far, which equates to 0.1% of all delegates awarded.

Mucarsel-Powell announced her endorsement in a Monday statement.

“Joe Biden will deliver on the priorities that South Florida cares deeply about,” Mucarsel-Powell said.

“My father was killed by a criminal with a gun, and like so many others in my community who have experienced gun violence, this is deeply personal to me. Joe took on the NRA — twice — and won, leading the fight to pass the Brady background check bill. I know Joe Biden will deliver the results we need, not only on gun violence, but on health care, the environment and foreign policy, because that’s what he’s been doing his whole life.”

🚨ENDORSEMENT🚨 @JoeBiden will deliver on the priorities that South Florida cares deeply about. My father was killed by a criminal w/ a gun, & like so many others in my community who have experienced #gunviolence, this is deeply personal to me. Joe took on the NRA-twice- and won; pic.twitter.com/EIosXM2vDs

Mucarsel-Powell lost her father at the age of 24, after he was gunned down in her native country of Ecuador. She has previously cited his loss as motivation for her push to increase gun regulation here in the U.S.

Florida Democrats have questioned Sanders’ ability to deliver the state to Democrats after he praised Fidel Castro‘s efforts to increase literacy rates in Cuba. While Sanders also condemned the authoritarian nature of the Castro regime, he failed to point out those literacy efforts involved indoctrinating the population with government propaganda.

Biden has enjoyed newfound support from a series of Florida congressional members after Biden’s surge on Super Tuesday.

Though Mucarsel-Powell and her Florida colleagues believe Biden will be the best candidate to take on President Donald Trump, Emma Vaughn of Trump Victory argued Trump’s status in Florida is still looking sunny.

“Debbie Mucarsel-Powell’s endorsement of Joe Biden for president equals a full-on embrace of an agenda that works against Florida families, hiking their taxes to extremes and crippling the economy one socialist policy at a time,” Vaughn said.

Neither Mucarsel-Powell nor Biden are socialists, though Trump and other Republicans have described several Democratic policies as “socialist.”