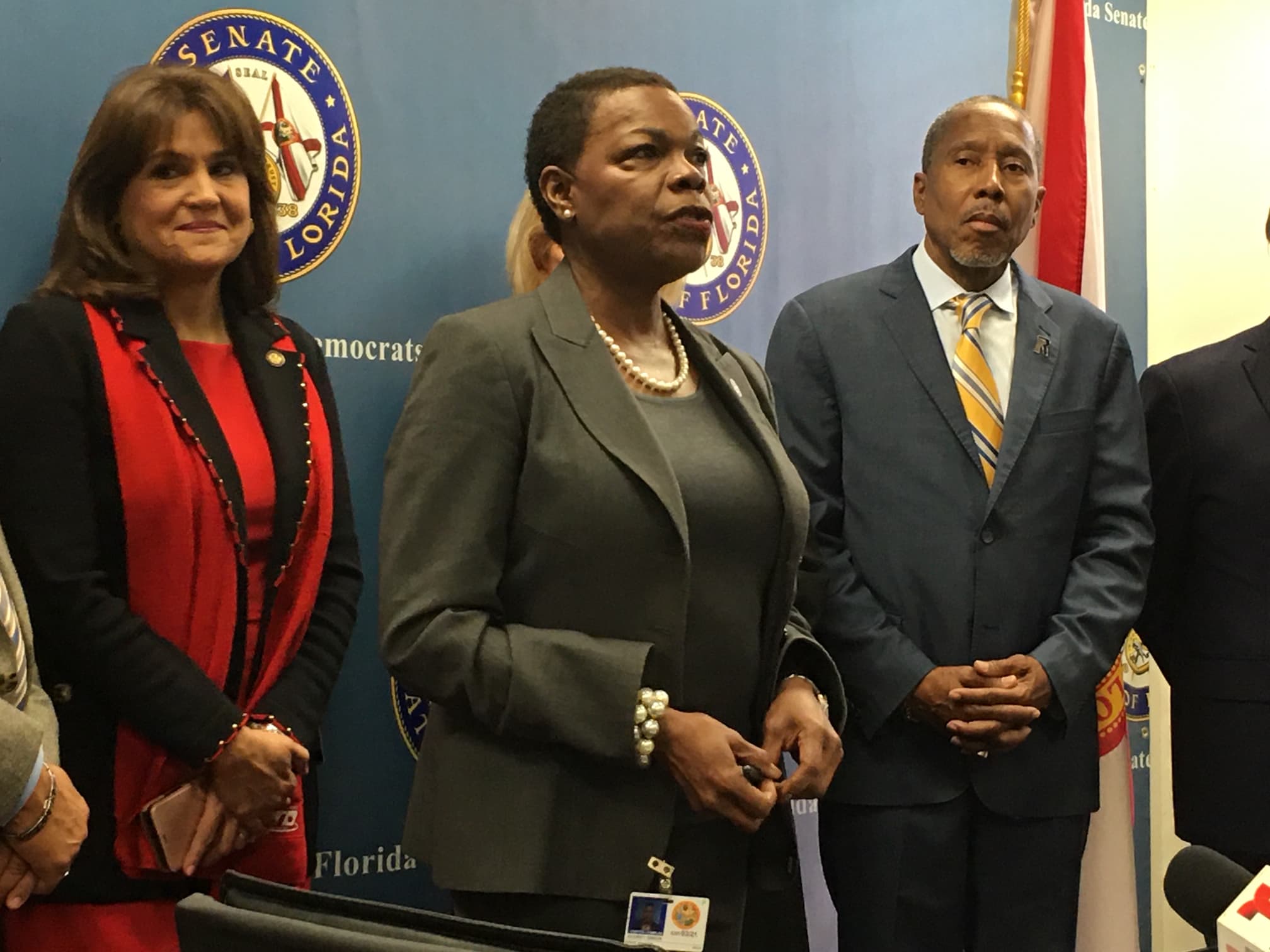 Drama ensued in the Senate Tuesday when a majority of Senators briefly refused to consider the House version of a bill expanding pharmacist powers.

However, the bill got brought back up later Tuesday, with an expansive amendment that brought language closer to that House bill.

The legislation, a priority of Speaker Jose Oliva, is thought to be a bargaining chip in budget negotiations.

Sen. Travis Hutson, the sponsor of SB 714, moved to introduce the House bill, a more expansive version of the “test and treat” legislation than his Senate version.

The leader of the Senate Democrats, Sen. Audrey Gibson, took issue with this.

The motion to take up the House version failed on a 19-20 vote.

However, the Hutson bill came back with new language about “collaborative pharmacy” arrangements and the expanded scope of treatment.

The amendment was approved on a voice vote, though not before some skepticism.

Harrell peppered Hutson with myriad questions, including the shifting responsibilities of pharmacists and doctors between the versions and the protocols by which druggists would treat lice and other maladies.

Sen. Kelli Stargel asked why the bill was needed.

“Flu and other things,” said Hutson, are filling up doctors’ offices.

Hutson assured Stargel the bill could be repealed or changed if needed.

Hutson also noted that unlike previous versions of the bill, pharmacists are no longer required to follow up and see if the patient actually improved.

However, the Board of Pharmacy could impose that requirement in rulemaking.

The new language now allows pharmacists to treat people of all ages; his previous bill limited patients to the 18-75 age range.

Sen. Perry Thurston asked Hutson to explain the expansion from flu to other conditions, including ringworm and athlete’s foot.

Hutson noted the training requirements were more stringent in the House bill than the Senate version.

“We kind of merged the two together,” Hutson said.

Hutson said that it was not included, because pharmacists would have to “draw blood.”

In the end, the voice vote carried it forward. But when it comes down to the final vote, that will be a roll call.