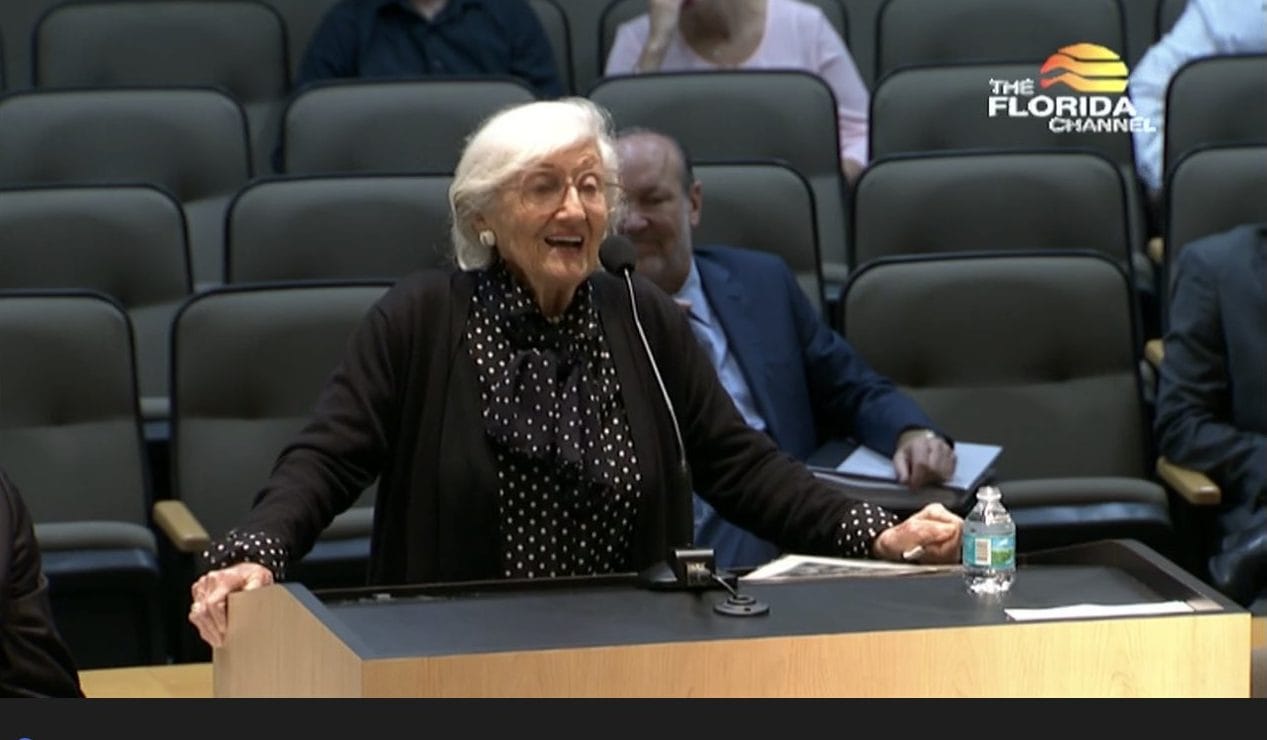 The measure is enjoying bipartisan support.

The Senate unanimously passed a bill on Wednesday requiring Holocaust education in public schools, but not without an amendment.

A Sen. Randolph Bracy amendment would call on the Education Commissioner’s African American History Task Force to recommend ways the history of the Ocoee Massacre can be taught in schools was added, meaning the House will have to vote on it.

The House bill, by Rep. Randy Fine, was subbed for the essentially identical Senate version from Sen. Lauren Book.

That bill (HB 1213) would require the Florida Department of Education to give schools curriculum standards for teaching the subject in K-12 schools.

It also mandates that every school district and charter school teach students about the state’s policy against anti-Semitism.

They may contract with the Florida Holocaust Museum and other state or nationally recognized organizations to develop the curriculum and instructional material.

Auschwitz survivor Magdalen Bader appeared before the Senate earlier this session to make the case for the bill.

“I cannot believe that this happened to me and so many millions of others many, many, many years ago. But it’s still very important to remember.”

Sen. Book, in her close, thanked Senators for listening to her, saying Bader felt honored.

“Florida’s students deserve to learn about history in its totality — the good, the bad, and the very, very ugly. Unless we learn about, and from, our history, we are at risk to repeat it. As legislators and simply as human beings, it is our responsibility to ensure future generations receive Holocaust education — especially after reports of misinformation in Florida public schools. I thank my colleagues for their support of this critical legislation and look forward to Governor DeSantis making this good bill law,” Book added in a statement.