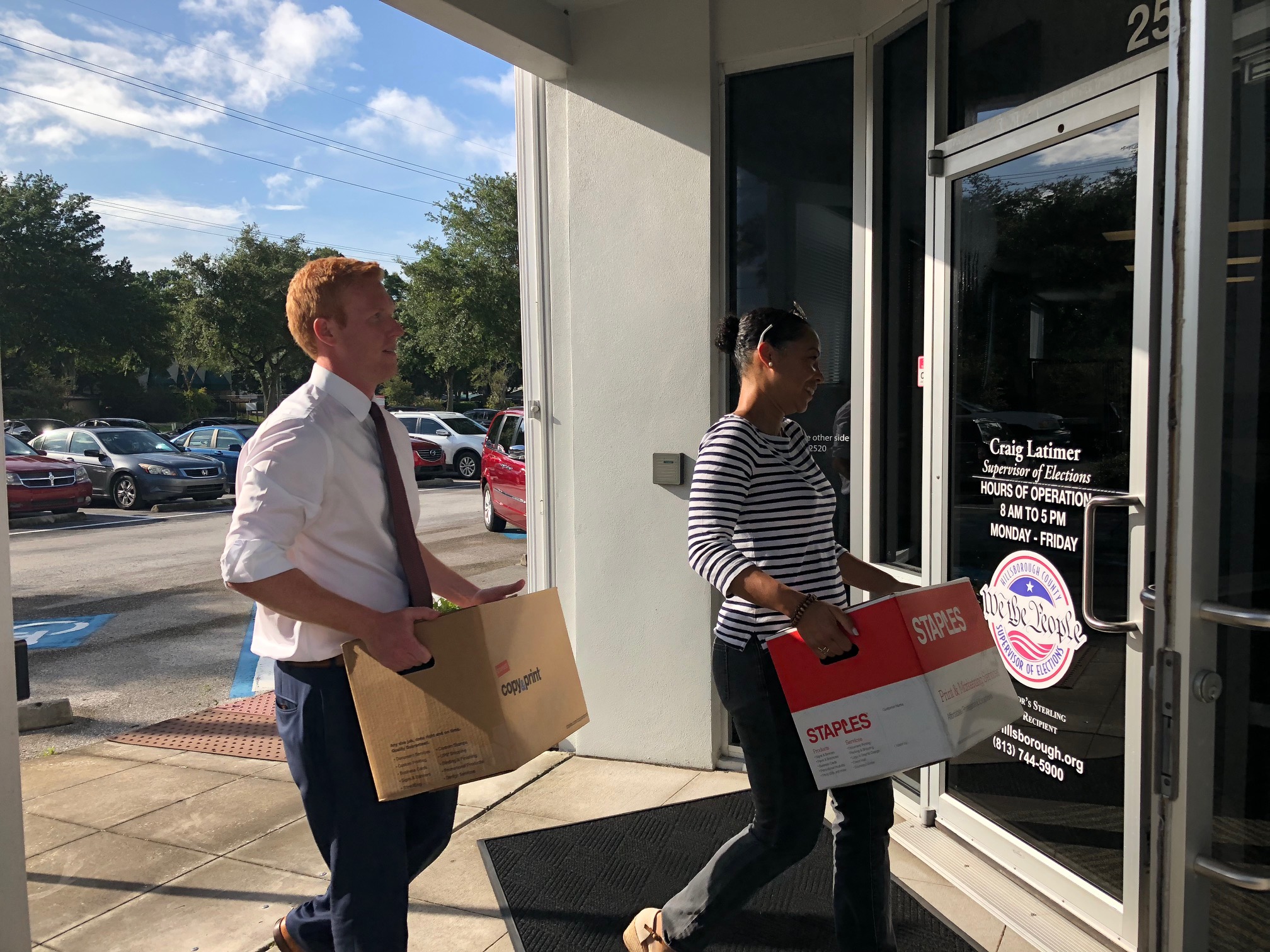 SB 1794 tightens rules to get amendments on state ballot.

The League of Women Voters of Florida is urging Gov. Ron DeSantis to immediately veto a bill that would make it more difficult for some citizen initiatives to reach the ballot.

The House approved a bill Wednesday, sending it to DeSantis’ desk. It passed both chambers along party lines, 23-17 in the Senate Monday and 73-45 in the House.

“The League is extremely disappointed in the Florida legislators who voted up on this bill. Time after time citizens utilized this process when our elected officials refused to act,” League President Patricia Brigham said in a written statement Thursday. “We call on Gov. Ron DeSantis to veto SB 1794 immediately.”

The League was joined in its call by Florida Conservation Voters.

Proponents say the measure will keep the Florida constitution clean, but opponents argue it will create a “ballot for billionaires.”

That bill (SB 1794) would raise the threshold for initiatives to trigger judicial review and prevent petition signatures from rolling over to the next ballot. Republican Sen. Travis Hutson, who spearheaded that effort through the Senate, contends his legislation, among other things, will prevent the Florida Supreme Court from wasting its time on proposed amendments that never meet the threshold to head to the ballot.

The trigger for judicial review would jump to 25% from 10% of total signatures required to make the ballot. Those signatures must come from one half, instead of one quarter, of the state’s congressional districts. That means it will take longer to get to that first benchmark, which critics say could hurt fundraising efforts for ballot initiatives.

“The Florida Constitution expressly guarantees the citizen initiative process as a right of the people. Unfortunately, with today’s final passage of SB 1794, leaders in the Florida Legislature have taken this fundamental right away from citizens and grassroots organizations and put it squarely in the hands of billionaires and special interests,” Aliki Moncrief, executive director of the Florida Conservation Voters, said in a written statement. “Along with our allies, members, and Florida voters, FCV will continue to fight to defend our democracy. We are now calling on Governor DeSantis to veto this bad legislation and uphold the Florida Constitution he swore to protect.”

“If the bill passes, only those with large amounts of money will likely be able to successfully place proposed changes to our state constitution on the ballot. This is exactly what we don’t need — more government by megacorporations and billionaires,” Retired Navy captain Anne Rawley of St. Petersburg argued in a column published by Florida Politics.

Tampa Republican Rep. Jamie Grant, who has led similar measures through the House (HB 7037), argued the same point. Raising the threshold would ease the court’s load and keep the constitution clean. At one point he argued to critics that he absolutely wanted to make it harder for citizen initiatives to make the ballot because it should be hard to amend the state’s constitution.